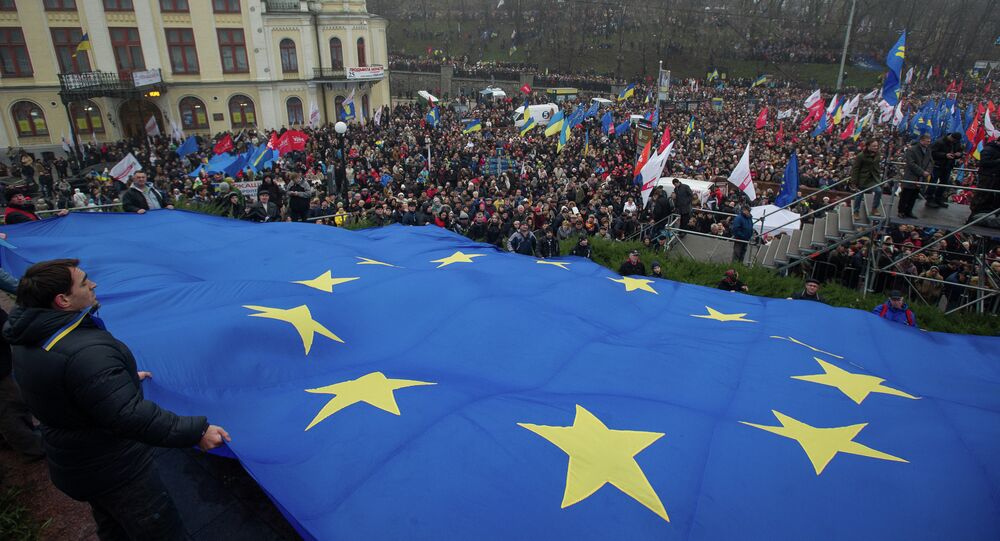 Michel Barnier has said there is a Nigel 'Farage in every country' as he warned against the spread of populism in Europe at a conference in Helsinki on Thursday.

Sputnik spoke to Salvatore Babones, Author of 'The New Authoritarianism: Trump, Populism and the Tyranny of Experts' and Associate Professor of Sociology at the University of Sydney.

Sputnik: European Union’s Brexit negotiator Michel Barnier has called on pro-EU forces to defend the fragile union from populism, saying there is now “a Farage in every country” — is this the case and does it genuinely threaten the EU?

Salvatore Babones: I think there's really only one Nigel Farage and I'm sure he would agree with me. But seriously, in the European Union every country has its own politics.

They may sympathise with Nigel Farage's battle against the European and British elite but they have their own battles to fight — they're not fighting the same battle as he was.

Sputnik: What do you think are the key reasons are for the spread of populism?

Salvatore Babones: I don't think populism is a reaction to one particular policy. Populists are very diverse in their politics and the things they want from their government.

The one thing that all populists share is a resentment and a reaction against the tyranny of the expert class. There are many different populisms but there is only one global expert class.

© AP Photo / Emilio Morenatti
Mass Migration Planted 'Bomb' Under EU, Borders Should Be Closed – Belgian Politician
And the populists in every country have different reactions against that expert class even though they themselves might not be sympathetic to each other. I mean a Polish populist may have nothing in common with an Italian populist and they may hate a Russian populist but nonetheless they all have something in common — this revolt against unelected expertise.

Sputnik: How do you think populism is going to change the face of European democracy?

Salvatore Babones:  My hope is that it will make it more democratic.

Populism is the flood that washes away the sins of the elite. Populism is simply ordinary people crying out demanding to be heard. If that leads to them being heard that strengthens democracy. I think we've just seen that in the US mid-term elections.

© AP Photo / Tony Dejak
Europe 'Remains Realistic' Over US Midterm Vote Results
The US mid-term elections have had record turnout for a mid-term election, people are very committed and very informed, they know what they are voting about and they are very passionate about it. Most commentators think that is bad for America and it is tearing the country apart.

Views and opinions expressed in this article are those of Salvatore Babones and do not necessarily reflect those of Sputnik.