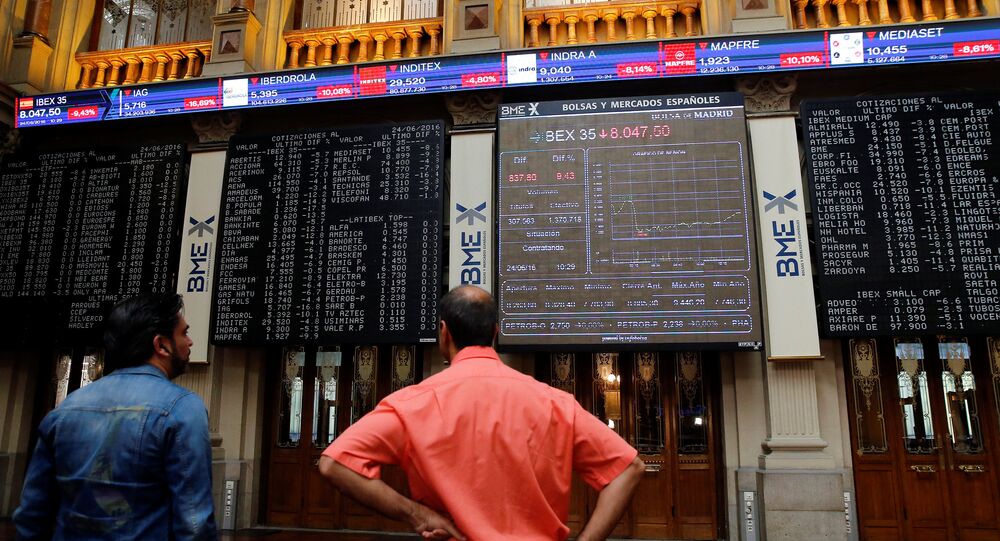 'Elephant in the Room' Bond Market: Italy Not Trying to Align With EU - Scholar

The European Union is expected to maintain its tough stance towards the Italian government’s 2019 budget proposals, meaning that a political standoff could go down to the wire. Will Italy back down?

Sputnik spoke with Bruno Mascitelli, Associate Professor of European Studies at Swinburne University of Technology in Australia for more insight on the issue.

Sputnik: Will Italy back down from its budget proposals following this EU scrutiny?

Bruno Masticelli: That is a possibility, but there is a lot of brinkmanship going on here. The EU will certainly stick to its guns and they’ve just had the finance ministers meeting which was a soft way of saying to Italy that they are supporting the EU positions.

Having won the elections; these two parties who are both Eurosceptic and having significant support, may push to the very end.
There are also some important deadlines in the coming period, such as the change in the EU leadership next year and elections to the European Parliament, so it’s possible that the Italian response, which will need to be done very soon, might have some tinkering and some attempts of coming to the party.

© AFP 2021 / EMMANUEL DUNAND
Debt Pressure on Italy Mounts Amid S&P Outlook Downgrade
I think that the big items of the pension reform, the minimum wage and taxation decreases; which are the big items in relation to the ongoing debt, will probably remain or be resubmitted along those lines.

Sputnik: What could cause the coalition government to collapse?

Bruno Masticelli: I think the real elephant in the room which has not been mentioned, is the bond market and Italy not making an attempt to align with the EU provision.

Bond rates have been slowly increasing and if we go back to the days when Berlusconi was forced out back in 2011, what forced him out was the finance, bond and stock markets.

© CC0
Italy's Budget: No Side Interested in Not Finding Deal Before Deadline - Scholar
This may well occur in the Italian case. The difference we have here, vis a vis Greece; which found itself in similar circumstances, where the population supported the government in not accepting austerity as a way of going forward, you have this dilemma of the EU wanting to be this tough guy in the room and at the same time, you have one of the member states wanting to have an election and winning a majority of the basis of a more generous budget.

This is actually quite a serious issue and it’s what happens when your electorate is not in line with the EU position.

Italy and a few other countries are still suffering from the 2007-2008 global financial crisis, or the sovereign debt crisis as they call it in Europe, and parts of Italy are experiencing no growth economically and so the ability of the populists and eurosceptics to argue their line against Europe and not pursue an austerity position, even though Italy has a massive public debt and so on, has a certain amount of political support to it.

Views and opinions expressed in this article are those of Bruno Mascitelli and do not necessarily reflect those of Sputnik.