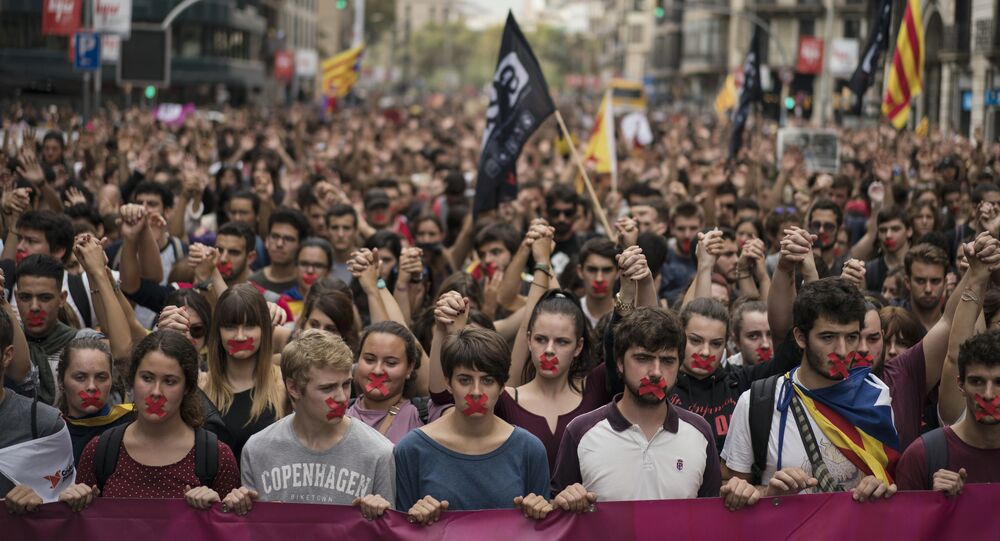 Catalan Trial Could Have Enormous Impact on Independence Movement - Lecturer

Spain's Supreme Court has ordered former Catalan leaders to stand trial over their role in last year's independence campaign. Is this the end of any hopes Catalonia had of breaking away from Spain?

Sputnik spoke with Dr Andrew Dowling, Senior Lecturer in Catalan and Spanish History at Cardiff University for more insight on the issue.

© AP Photo / Manu Fernandez
Spain Has No Evidence Proving Russian Interference in Catalan Crisis – Madrid
Sputnik: Do you think that the Catalonian independence movement is over now?

Dr Andrew Dowling: The movement is absolutely not over.

I think once the trial starts; it will bring massive attention to the Catalan independence cause, it will be an opportunity for those on trial to communicate with the wider public, so it will draw a lot of attention.

Once the decisions are made; and it’s possible they could all go to prison for ten, fifteen, maybe even twenty years, I think that will have an enormous impact on the general Catalan independence movement, it’s in a bit of a crisis at the moment, but the trials early next year and in spring will draw new attention to it.

Dr Andrew Dowling: The government has changed its ton and their attitude is much more open. They’re interested in establishing bilateral arrangements, to give greater powers to Catalonia, a better economic deal is certainly on the table, a range of cultural measures are certainly on the table.

These things are going to take time to go through but it’s a big contrast to the right wing conservative government that was in power for the past six years, which essentially offered nothing at all. It’s a change, but whether it’s enough is a different issue.

Views and opinions expressed in this article are those of Dr Andrew Dowling and do not necessarily reflect those of Sputnik.