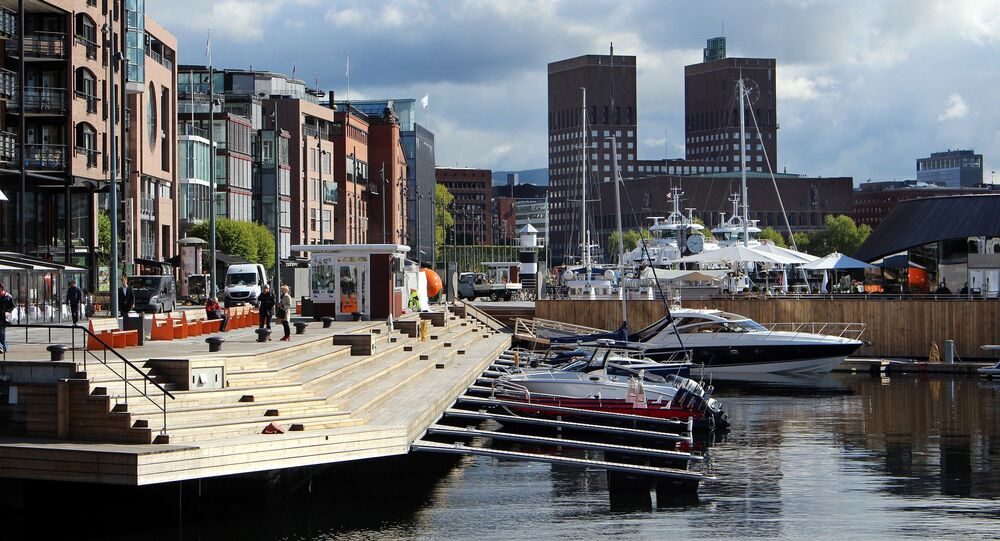 A Norwegian court of appeals ordered to “unban” a legal database Rettspraksis.no that “went dark” 5 months ago following a lawsuit. However, the website owners who practically won the case against semi-governmental Lovdata, were “slapped” with a $40000 legal bill that they are planning to cover through a crowdfunding campaign.

Even if you don't speak Norwegian, the Wikipedia-style layout of the website Rettspraksis.no would probably give you a clue about its purpose: it's an online database of court rulings.

For the past 5 months, the free web resource remained blocked after a semi-governmental Lovdata foundation claimed in court that Rettspraksis activists copied and used part its own legal database without permission.

READ MORE: ‘Taxpayers Pay For Govt, So We Need Them To Do What We Want' — Internet Activist

Earlier this week one of Rettspraksis' founders — the Norwegian veteran of the World Wide Web Håkon Wium Lie announced that the battle was finally won.

Håkon Wium Lie is known worldwide as a former CTO of Opera Software, the inventor of Cascading Style Sheets standard (CSS), Norway's Pirate Party founding member and a proponent of the free flow of information on the Internet. He invited Sputnik for a ride in his electric car through the Norwegian countryside to talk about his work and his legal battle with Lovdata.

Norway traveled a long way to adapt to advanced hi-tech trends, like building free charging stations for electric cars.But when it comes to copyright issues and the right to access knowledge databases (Rettspraksis story is an example),the road apparently has gotten a bit “bumpy” pic.twitter.com/RE0dRPQrkL

It was almost a Pyrrhic victory for Håkon Wium Lie and his team. The judge ruled that a large part of the database with 5-years-worth of court rulings from 2003-2008, which contains many important cases, is not allowed to be stored on Rettspraksis' servers. The only way for journalists, lawyers and other web users to find these rulings is to access them through the paywalled Lovdata website.

"We think those rulings should be available to everyone for free" — Wium Lie told Sputnik — "We paid for them and we need to know them, because they can be used against you in court."

Wium Lie and his team were also ordered to pay Lovdata's legal fees, which jumped from $12000 in May, when the case was opened, to about $40000 in October. The activists are prepared to launch a crowdfunding campaign to cover the costs.

"We're ready to push the button" — says Håkon Wium Lie — "We will collect money in a sort-of "semi-humorous" way. It's a serious topic, but we will let people contribute 404 Norwegian Krone, and "404" is the error code for "Page not found". And we want to be found, so for all of the "404 people" out there — they could donate some money. And if they do so, they will also be invited to my sailboat, which happens to be called "404" as well."

© Sputnik / Ramil Sitdikov
Demonizing Putin and Russia Won't Solve Our Common Problems - Norwegian Activist
It looks like "sailing against the wind" will become much easier for Rettspraksis activists. Besides working on the "404 campaign", and coordinating their efforts with other activists on both sides of the Atlantic, they've just received backing from two powerful media organizations at home — the Association of Norwegian Editors and the country's Union of Journalists.

Håkon Wium Lie is certain that "public access to public documents is worth fighting for." and that some types of data should never be placed behind a paywall.

Lovdata sued Rettspraksis over the access to legal documents in May this year. The free database was shut down immediately, without an opportunity for activists to appear in court.

Even though Norway is not a member of the EU, its judicial system is heavily dependent on the Brussels' policies. Norway follows the EU guidelines when it comes to copyright issues and adjusts its national laws to comply with European ones.

Russian Parl. Employee Flies to Moscow After Norway Drops Charges Against Him