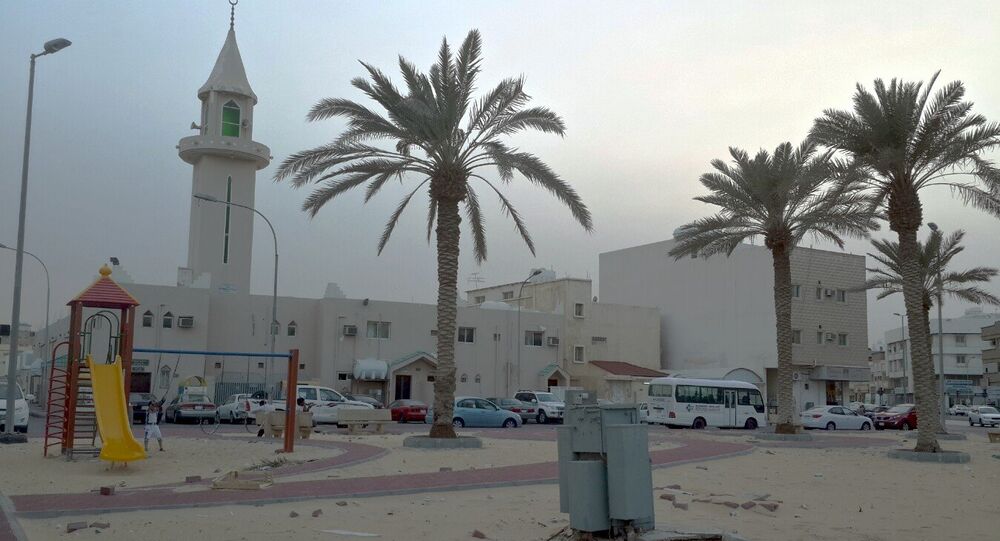 Saudi Arabian students are deciding to stay pat studying abroad instead of returning home as businesses flee deals with the Kingdom over the disappearance of Washington Post columnist Jamal Khashoggi, an official from the Center for Democracy and Human Rights in Saudi Arabia tells Sputnik.

Since Saudi journalist Jamal Khashoggi disappeared in Istanbul on October 2, speculation and accusations have mounted that the Saudi government had him killed by a hit squad when he went to the Saudi embassy for wedding documents. While the kingdom denies the accusation, critics are pointing out their long history of similar actions.

Saudi Arabia is reportedly poised to acknowledge that Khashoggi, a critic of the Saudi government in Riyadh who often wrote for the Washington Post, was killed by them in Istanbul in an interrogation gone awry.

Last week, an anonymous Turkish official alleged that 15 Saudi operatives had flown into the country, bringing with them a doctor and a bone saw with which to dismember Khashoggi's body and smuggle it out of the consulate building. It's unknown if that specific fact pattern will be confirmed by the anticipated report.

Meanwhile, investors and business partners have been withdrawing or freezing their dealings with Saudi Arabia, especially the so-called "Davos in the Desert," hosted by Saudi Crown Prince Mohammad bin Salman on Saturday at the Ritz-Carlton in Riyadh, to discuss his proposed $500 billion high-tech planned city of "Neom," to be built in the Egyptian Sinai. Uber CEO Dara Khosrowshahi and Virgin Galactic founder Sir Richard Branson made public their intentions to halt business in Saudi, and the Harbour Group and Brookings Institution have terminated their relationships with the Saudi government, the New York Times reported Saturday.

Radio Sputnik's Loud & Clear spoke with Mansour Al-Hadj, a Washington-based researcher who sits on the board of directors of the Center for Democracy and Human Rights in Saudi Arabia, who told them the Khashoggi case might not dissuade Western experts from going to work in Riyadh, but it could keep Saudi students abroad from returning to the country.

​Alhadj said he didn't think the Khashoggi case would have much influence on American officials who retire and go to work for the Saudis, providing their expertise to the kingdom for a hefty paycheck. "We, unfortunately, live in a time or in a world where people want to make money and have easy access to wealth as fast as possible… I don't think the Khashoggi case will change anything regarding that," al-Hadj said.

"People think that if they do the job, they deserve the earning, regardless of who is paying. This is unfortunate; this is something that is making our — my work — and the Center for [Democracy and] Human Rights in Saudi Arabia very difficult," he continued.

Alhadj noted that "even though we don't know for sure, with concrete evidence, what happened, it's not unprecedented. We have seen Saudi Arabia killing Naser al-Sa'id in 1979 in Lebanon — he was kidnapped, taken back to Saudi Arabia and was killed. We have seen princes disappearing from Europe…"

"And princesses!" John Kiriakou, who co-hosts the show with Brian Becker, interjected.

"And princesses, fleeing Saudi Arabia," Alhadj said. "We have seen a wave, and I'm really hopeful now and optimistic for that. The people, especially those who are on scholarships in the United States and Canada and Australia — hundreds of them are deciding to stay where they are. The situation in Saudi Arabia is unbearable, not even for the ones who are just minding their own business. But even if you don't express direct support for the crown prince, you will be in prison; you will be charged with things they don't really understand why."

"So I'm really sad, but at the same time I'm hopeful that these atrocities and crimes [will] be investigated — and the free world, where I really feel safe to live in, this is exactly why I'm doing this. I have experienced it, and a lot of my friends are going through it right now. And I do it, and I have, myself, received death threats and received a number of threats for doing basic things, just defending human rights in Saudi Arabia."