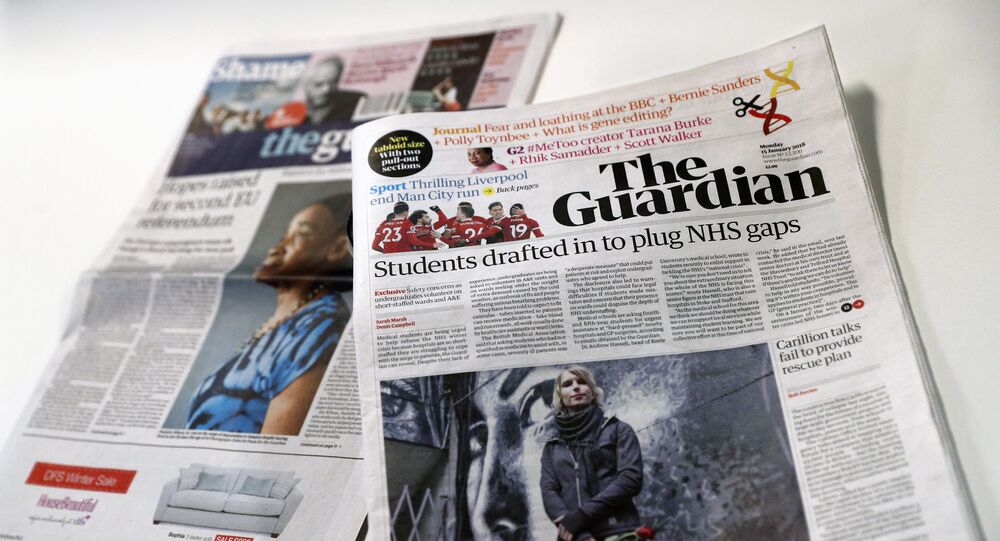 On September 21, The Guardian ran an absolutely sensational exclusive, based on disclosures made by "multiple" anonymous sources to Luke Harding, one of the paper's leading journalists - in 2017, Russian diplomats allegedly held secret talks in London with associates of Assange, in an attempt to assist in the Wikileaks founder's escape from the UK.

The dastardly conspiracy would've entailed Assange being smuggled out of the Ecuadorian embassy in Knightsbridge under cover of Christmas Eve in a diplomatic vehicle and transported to Russia, where he'd be safe from extradition to the US, ending his eight-years of effective arbitrary detention in the process.

In any event, the audacious plot was eventually aborted after being deemed "too risky" — even for the reckless daredevils of Moscow — mere days before its planned execution date. Rommy Vallejo, head of Ecuador's intelligence agency, is said to have travelled to the UK around December 15 to supervise the operation, and left when it was called off.

The Russian Embassy in London was quick to condemn the article on Twitter, calling the claims "another example of disinformation and fake news" in the UK mainstream media, and noting the paper violated national media standards by failing to ask the Russian side for a comment prior to the report's release.

"This publication has nothing to do with the reality. The Embassy has never engaged with Ecuadorian colleagues, or with anyone else, in discussions of any kind on Russia's participation in ending Assange's stay within the diplomatic mission of Ecuador. We're puzzled by the sensational attitude of the authors. As recently as September 18, Culture Secretary Jeremy Wright called for increased efforts to combat media and online disinformation. [The] Guardian piece is a brilliant example of the kind of journalism British reader should be protected from," a spokesperson added in an official statement.

In a subsequent statement, the Russian Foreign Ministry slammed the article for containing a "whole series of similar anti-Russia innuendos, and once again made clear Russian diplomats did not contact staff of the Ecuadoran Embassy in London or Assange's associates in order to assist in his escape from the UK.

© AP Photo / Matt Dunham
WikiLeaks founder Julian Assange gestures as he speaks on the balcony of the Ecuadorian embassy, in London, Friday May 19, 2017.
However, a far more damning indictment of the article's extraordinary, evidence-free claims was provided by Craig Murray, former UK Ambassador to Uzbekistan, who denounced the "quite extraordinary set of deliberate lies" in a September 23 blog post.

In doing so, he revealed he and Fidel Narvaez — a close confidant of Assange fingered as the key point of contact between the Ecuadorian embassy and Moscow in the article — had engaged in discussions with Assange in 2017 regarding a possible departure from the UK capital, and debated possible future destinations for the embattled Wikileaks founder.

As of today—start of the 73rd UN General Assembly—957 days have passed since the UN ruled Julian Assange is unlawfully & arbitrarily detained by the UK authorities and must be released & compensated. https://t.co/zZGUOhNDvH #FreeAssange pic.twitter.com/i08Ji9WF1g

​"It's not only the case Russia didn't figure in those plans, Julian directly ruled out the possibility of going to Russia. I know 100% for certain the entire story is a complete and utter fabrication. I cannot find words enough to express the depth of my contempt for Harding and [Editor] Katherine Viner, who've betrayed completely the values of journalism. The aim of the piece is evidently to add a further layer to the fake news of Wikileaks' non-existent relationship to Russia as part of the "Hillary didn't really lose" narrative. I am, frankly, rather shocked," Murray wrote.

The identities of Harding's alleged anonymous sources aren't even hinted at in the article, but Murray made a striking suggestion — he "strongly suspect[ed]" that "MI6 tool" Harding's informants were the UK security services. If true, this would make the article "entirely black propaganda" produced by British spies.

Whether MI6 agents are the source of the story or not, it's certainly true Harding enjoys a very close relationship indeed with British intelligence services — a bond he has frequently, openly and proudly advertised in articles and books.

For instance, in his highly controversial 2017 book Collusion, Harding argued Donald Trump had a relationship with the Russian 'deep state' dating back to the 1980s, and colluded with the Kremlin to subvert US democracy. To support this conclusion, he frequently cited claims fed to him directly by Christopher Steele, the ex-MI6 spy turned 'business intelligence' professional, who authored the utterly discredited 'Trump-Russia' dossier for Fusion GPS.

When challenged to provide any evidence whatsoever for his book's assertions by Aaron Mate of The Real News, Harding was left mumbling and stuttering — he was also unable to defend his claim that an individual's use of an emoji was proof they were working for Russian intelligence, and terminated the interview prematurely.

Harding's avowed contact with Steele may also have contributed to another high profile blunder in April this year. In the immediate wake of the apparent poisoning of Sergei Skripal and his daughter Yulia in Salisbury, UK, the UK government issued a D(SMA) notice, blocking mention of Pablo Miller — Skripal's MI6 recruiter — in the media. Individuals who conducted internet searches for Miller afterwards quickly found his LinkedIn profile, which identified him as a 'Senior Analyst' at Orbis Intelligence — Steele's corporate espionage company.-

It is true, or was. As I say, this 2017 forum thread, which links to Pablo Miller's LinkedIn profile, states Orbis is listed on Miller's CV — https://t.co/Fx0vu1qorJ …. Stop regurgitating anonymous claims by your spook pals and do some research, Luke

​Miller's page was quickly deleted though, and Harding took to Twitter to issue firm denials of a connection between Miller and the firm, going so far as to suggest "someone" was using search engine optimization techniques to dishonestly associate Miller and Orbis. However, enterprising Sputnik journalist Kit Klarenberg quickly and easily found an online forum thread dating from 2017 clearly identifying Miller as an Orbis employee — as of September, Harding is yet to respond, or retract his claims.