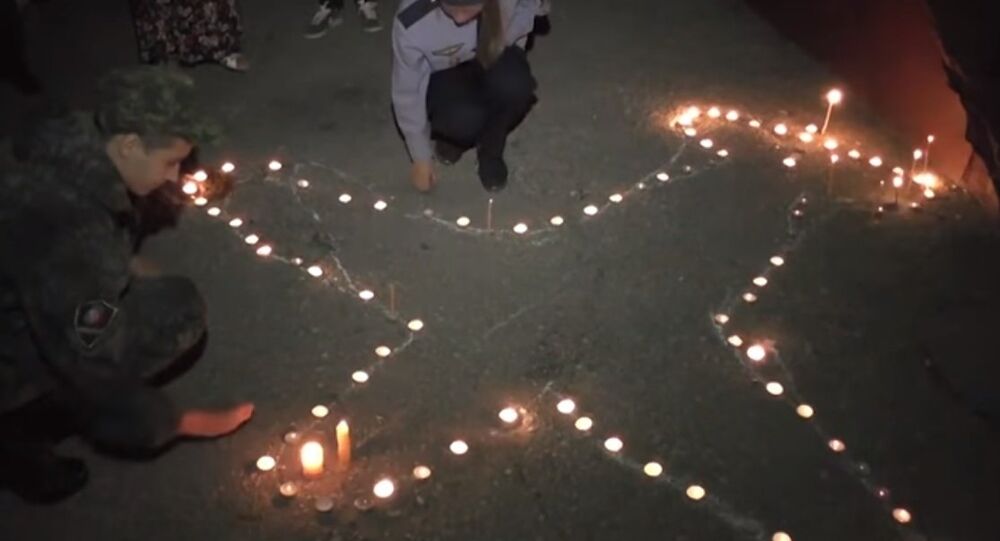 Russian journalist and political commentator Viktor Marakhovsky explains the difficult choice Israel is going to have to make going forward in the aftermath of the incident that resulted in the loss of a Russian recon plane over Syria with 15 servicemen on board.

By Viktor Marakhovsky – The clarification of all the circumstances behind the loss of the Il-20 off the coast of Syria continues. Russia's fundamental position on the issue has been expressed by President Vladimir Putin: that a chain of tragic circumstances led to the plane's destruction.

It would be a big mistake, however, to think that this position means that Russia has just shrugged its shoulders and said 'oh well, what can you do? These things happen, we're cool with everybody.' Quite the opposite. This is exactly the kind of event where the quote by Stalin-era Soviet politician Lazar Kaganovich about 'every accident having a name, last name and job title' is particularly topical. This is the case because we are talking, first and foremost, about 15 dead Russian servicemen. Second, we're talking about the context, and why this chain of circumstances became possible. Third, we're talking about how to prevent such accidents from every happening again.

© CC BY-SA 2.0 / Dmitry Terekhov / Ilyushin IL-20
Netanyahu Orders Air Force Commander to Continue Contacts With Russia on Il-20 Incident
For this reason, the position publicly expressed by Tel Aviv, summarized by the idea that "the Syrians were shooting at random and really don't even know how to use their air defense systems, so please make all your complaints to them" looks unacceptable not only to Russia, but even more so for Israel itself.

In the war in Syria, which generally serves as a graphic illustration of the paradoxical state of our world, several of the strongest military powers on the planet are participating directly, each pursuing goals which are at odds with those of the others. That said, the number of deaths among the servicemen of these powers has been extremely low. Everyone knows how this situation was achieved: through a scrupulous and strict system of coordination and mutual agreements, moderated by Russia. The Syrian War is perhaps the most 'diplomatized' and rules-subordinated war in modern history.

Moscow became the 'moderator' of this war not only because it was Russia's assistance which freed the Syrian state from its death sentence and enabled Damascus to take back its territory meter by meter from a collection of armed gangs, but also because unlike the self-styled arbiter the United States, Russia genuinely studies, understands and takes into account the sovereignty and interests of the participants, including those of Israel.

The list of instances when Russia worked to meet Tel Aviv halfway has been demonstrated repeatedly in recent days. This includes mediation on the withdrawal of pro-Iranian forces from areas near Israeli territory, and the decision to abandon the already-concluded deal to deliver half a billion dollars' worth of S-300 systems to Syria, out of concern that the system's range would cover the entirety of Israel's territory. This list is long. Russia has demonstrated in practice that it values its relations with Israel and understands Tel Aviv's position. After all, there is no need for Israel to explain to Russia what it's like to be encircled, to suffer at the hands of a terrorist underground, or constantly read about oneself being the bad guy.

© AP Photo / Tsafrir Abayov
Kremlin Yet to Decide on Israel Ties After Plane Crash in Syria
However, this respect and understanding of one another's interests cannot, by its very definition, be one-sided. Such a relationship cannot work in one direction, and it becomes only a matter of time before the absence of the mutual and equal enforcement of established rules inflicts damage on the party that breaches them.

It's worth noting here that the US, as a global competitor and official adversary of Russia, which has a terrible relationship with Moscow, nevertheless observes the rules of the war in Syria very rigidly, and coordinates the actions of its armed forces with its Russian counterparts.

But the armed forces of Israel, which is not an adversary for Russia and with whom Moscow has good and constructive relations, for some mysterious reason, to this day, have allowed themselves to do what a nuclear superpower could not. To decide, for example, to notify the Russian side of one operation on Syrian territory out of every ten. Or, as in the case of last Monday's ill-fated raid on Latakia, to notify Russia about the operation one minute (!) before the raid began.

The result was that very tragic chain of circumstances, and at the end of this chain was the death of Russian soldiers.

© Sputnik / Mikhael Klimentyev
Putin, Russian Security Council Discuss Servicemen Security in Syria After Il-20 Crash
Since this has already taken place, telling everyone about "the erratic-shooting Syrians being to blame" is simply inappropriate. This is because the purpose of near-military diplomacy has consisted, from the very beginning, in ensuring the security of servicemen of the states operating in the region, and it was assumed that all sides participating in this diplomacy would work to ensure it.

Israel now factually has two simple options to choose from: Either it assumes its obligations and accepts responsibility for ensuring that no more tragic accidents involving Russian aircraft happen from now on, or it refuses to assume responsibility, thereby shifting Russia's obligation to fully ensure the safety of its soldiers on itself, without relying on any agreement with Tel Aviv. What methods may be used to do so are clear, at least in part. We have read a lot, for example, about how Russia's Syrian allies do not have advanced air defenses. This is an area where Russia can certainly be of assistance.

There is an opinion that such an eventuality would not be very pleasant for Israel. Therefore, it is critical for the country to explain to its own military that it is necessary to value Russian lives, and to avoid schemes which threaten them, even if these schemes are clever and witty and rack up a lot of likes on social media.