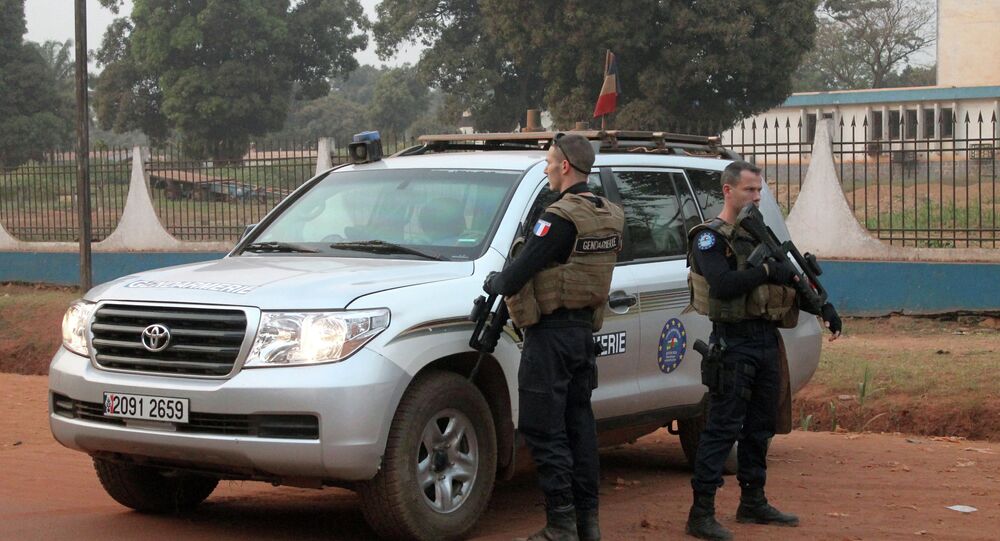 The president of the European Commission said during his annual address to the EU Parliament in Strasbourg that United Europe has become an unavoidable force in world trade. Mr. Juncker underlined the necessity for the EU to become more of a global player, adding that the bloc should be more independent with regard to defense and security.

Sputnik: What are your thoughts on United Europe becoming an unavoidable force in world trade?

Fabio Massimo Parenti: Cooperation is the key word. We should be able to further develop cooperation with China, according to my last study. Above all, [we should also be] cooperating with third parties such as Africa.

Sputnik: I think in Europe there’s a move to start looking at Africa; the UK, certainly, is looking toward Africa for investment and so forth. Can you comment on the possibility of diversification into the African market and possibilities for cooperation between Europe and Africa?

© AFP 2020 / Giovanni ISOLINO
'EU Spends Billions on Migrants, Better to Invest in Africa' – Italian Deputy FM
Fabio Massimo Parenti: We live in a period in which there are radical changes within the European Union and at the same time within the North Atlantic bloc that is even less unified, according to what we have said about the claims for more independence and so on. Working on Africa is valuable for the entire world because the stabilization of African regions and the African continent as a whole is a structural answer to security problems.

But at the same time it’s an economic opportunity for not only, as traditionally done by the Western-driven world, exploiting African resources, but establishing a new benchmark for cooperation according to the model of China-Africa cooperation that is more based on win-win cooperation.

Sputnik: Is Europe really ready to start reaching out and become a globalist player and force?

© AFP 2020 / Abdullah ELGAMOUDI
Sending EU Border Guards to Africa 'Realistic' as France, Germany Have No Alternative Idea - Analyst
Fabio Massimo Parenti: All the main promoters of the former globalization based on neo-liberal principles have been strongly protectionist in the strategic sectors. It’s also a fact that Europe is trying to enforce, or better to define, a new regulation to scrutinize whether foreign investment is entering Europe.

There’re obstacles and resistance to be really open with the rest of the world, above all, with emerging markets and African countries. There’s space for movement because of the conflicts within the EU between Italy and France, Germany and the US, and Germany and France, and Brexit as well.

All of these movements reflect a sort of a crisis and create a new space of opportunity to think differently. So, controlling and scrutinizing the type of investment is not wrong, but opening up to products that are strongly protected in the agricultural policy of the EU is necessary to start a new form of cooperation with the poorest countries and with Africa.

Sputnik: Obviously, Junker said that Europe needs to step up and become more independent, but will it be able to find a consensus on this between all 28 member states?

Fabio Massimo Parenti: It seems to be a tough question, but, according to my knowledge, if you look at these claims, they have been raised not only by Junker, but also by Merkel and Sarkozy.

Views and opinions expressed in this article are those of Fabio Massimo Parenti and do not necessarily reflect those of Sputnik.