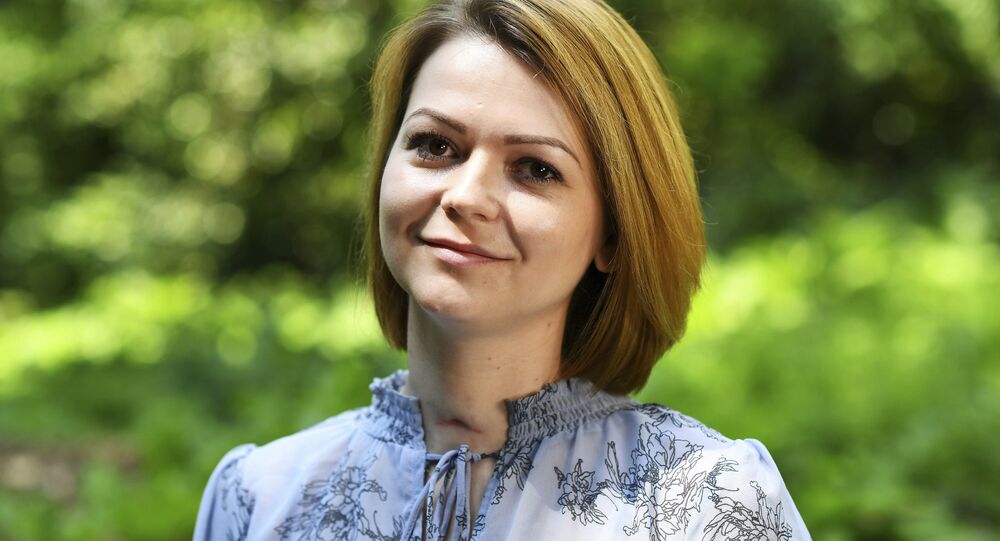 While the British government has said “the Russian state was responsible” for the Skripal poisoning and named two supposed “Russian agents” as perpetrators, journalists should be investigating the possibility of other actors and motivations and be conscious of how the episode is “exploited politically,” two political experts told Sputnik.

The British government announced Wednesday "the Russian state was responsible" for the recent novichok poisonings in England and named two figures it claims are Russian military intelligence agents who are responsible. However, the evidence is flimsy, and explanations of the motive are wanting.

"We were right to say in March the Russian state was responsible," British Prime Minister Theresa May said. "Based on the body of intelligence, the government has concluded that the two individuals named by the police and CPS [Crown Prosecution Service] are officers from the Russian military intelligence service, also known as the GRU. GRU is a highly disciplined organization with a well-established chain of command," May said.

"This was not a rogue operation," May claimed, "It was almost certainly also approved outside the GRU at a senior level of the Russian state."

On March 4, 2018, former British double agent Sergei Skripal and his daughter, Yulia, were hospitalized due to poisoning by a nerve agent. In June, British officials claimed the substance to be novichok. Another incident with the same nerve agent killed two British nationals in Amesbury a month later. Moscow has strongly denied any involvement in the incidents, pointing to the destruction of all its novichok stockpiles in 2017, which was supervised by the Organization for the Prohibition of Chemical Weapons.

In fact, Russia has repeatedly offered assistance in investigating the Skripal case but has been rebuffed by the British at every turn, who instead opted to kick Russian diplomats out of the country and called on other European countries and the US to do the same.

Also Wednesday, the UK's Metropolitan Police released photos of two men, identified as Alexander Petrov and Ruslan Boshirov, although those may be aliases, who UK investigators claim are responsible for the March 4 attack. The Met produced photos of the men taken from CCTV recordings of them traveling together, including near the Skripals' house in Salisbury.

The Russian Foreign Ministry rejected the claims, with ministry spokesperson Maria Zakharova saying the names and photos "do not tell us anything." She urged London to "switch from public accusations and the manipulation of information to practical cooperation between law enforcement agencies."

She indicated later in the day that the British ambassador to Russia had rejected a request to provide the Russian government with any further information on the suspects, not even releasing their passport numbers.

A statement on the ministry's website further said that "British Prime Minister Theresa May's speech in the British Parliament on September 5 on the so-called 'Skripal affair' and the incident of poisoning [of] two British subjects in Amesbury has an absolutely unacceptable tone, and contains a number of categorical accusations against the Russian Federation and our two citizens… We strongly reject these insinuations."

Still, May's allegations made from the Commons floor were "very clear and unambiguous," Piers Robinson, the chairman of the politics, society, and political journalism department at the University of Sheffield, told Radio Sputnik's Loud & Clear Wednesday. He suggested a consensus would emerge quickly, just as when the Skripal case first broke, that would lead to a "case closed" conclusion.

​Robinson pointed out that, similarly to how events unfolded in April, the British government has rushed ahead of their own police force in declaring the suspects to be "Russian agents," whereas at present, the police are only looking for "Russian nationals" and have not yet implicated the Russian government in the affair. This past spring, the British government similarly leapt to the conclusion that the novichok agent necessarily pointed at manufacture by the Russian state, but experts quickly cast that into doubt, pointing out that there are many possible sources of the chemical weapon.

"Questions are bubbling up to the surface again," the academic told hosts John Kiriakou and Brian Becker, "the question of what exactly is the motivation here, for the Russian government to have carried out this attack that is being alleged, that is very unclear at this point in time. I suspect more questions will arise, and we'll see where we go. We'll look rationally at the information and try to get to the bottom, to the truth of what's going on."

Noting the comically simplistic nature of the British government's explanation of how the two suspects carried out the supposed hit on the Skirpals, by traveling together, in plain sight, and arriving and leaving immediately before and after the hit, Jim Kavanagh, editor of thepolemicist.net, told Loud & Clear, "[I]t wouldn't even be a good movie."

He further noted that the logic behind the popular justification for May's position is foolish — "Theresa May said, it might be right" — and, like the Russian Foreign Ministry, noted that the UK prime minister had not really supplied any concrete or useful information to support her extraordinary and precise claims.

"They already had to walk back the first statements they made about the Skripal poisoning when they said, ‘This could only be made in Russia,'" he said. "One cannot assume that the investigation is already over."

Instead of idle speculation about possible motivations for the Russian government or Russian oligarchs who might want to frame Putin, "the more immediate line of inquiry which is worthwhile for journalists" Robinson said, "is the question of Sergei Skripal's handler, Pablo Miller." He noted that a "D-Notice," or Defense and Security Media Advisory Notice, an official request to news editors not to publish or broadcast items on specific subjects for reasons of national security, was served on Miller shortly after the poisoning, "preventing British journalists from reporting on the fact that Skripal had a relationship with Pablo Miller."

"And of course Pablo Miller was part of Orbis Intelligence," Christopher Steele's private intelligence firm he founded after leaving MI6. "So you have questions surrounding that. As soon as you understand that, then clearly a variety of actors with potential motives might be coming into play here which you need to seriously consider," he said, noting that the scale of the Steele Dossier's importance in American politics makes it an "obvious area" for any investigator to look at.

The Steele Dossier, also known as the Golden Shower Dossier, is a document compiled by Steele and Fusion GPS on behalf of the Democratic Party in the United States, but later also allegedly supported by the US Federal Bureau of Investigation (FBI), that claimed to contain salacious details about US President Donald Trump as well as numerous members of his election campaign team. The dossier was eventually obtained and published by BuzzFeed in January 2017. However, numerous claims contained within have been found to be false, and a Ukrainian political consultant told Sputnik that trusted sources of his in the country had been paid by Steele to cook up "something off the top of your head, something interesting, so that we can put it into a bigger document that we can use in the future," Sputnik reported.

Robinson later suggested that the D-Notice "should be, straight away, a red flag to any investigative journalist to think, ‘Right, why are they putting a D-Notice, why are they trying to disguise this relationship between these two people, what might be the motivation, and does this tell us anything?'"

Robinson pointed out that the Skripal poisoning was "exploited politically" by Western governments because of a major offensive in Syria by the Syrian Army, supported by Russian forces, that ultimately liberated the district of East Ghouta and that Wednesday's revelations similarly prefigure the now-imminent offensive against Idlib in what may be the final act of the Syrian Civil War, which has raged since 2011.

"What's happened here with the Skripals and what the British government has claimed will be used to reinforce a particular interpretation… of what's happened in Syria," Robinson warned.

Kavanagh said, "Whatever the truth of the matter," the Skripal poisoning and the growing indictments of Russia or Syria for chemical weapons use are "being used, politically, for the same purposes" as other historical episodes such as the Gulf of Tonkin episode or the sinking of the USS Maine in Havana harbor, which were deployed as pretexts to begin interventionist wars that otherwise lacked justification or popularity.