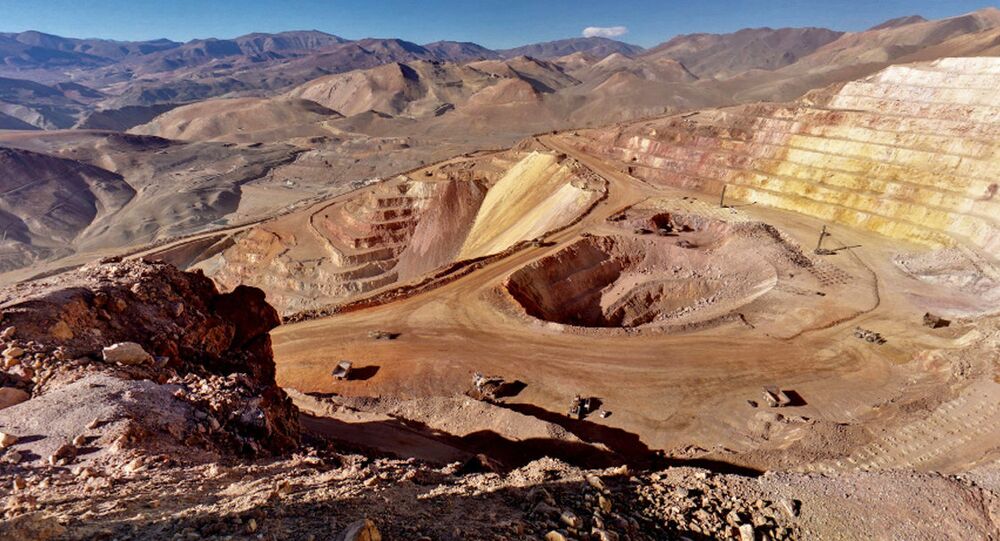 In Mexico there are so many mining projects that their operations occupy at least 18% of the total territory of the country; 75% of the companies doing these projects are Canadian.

In his book “México a cielo abierto”, published earlier this year, journalist Jesus Lemus says that between 2001 and 2017, multinational corporations have mined twice the amount of gold and half the amount of the silver that the Spaniards took from Mexico during its 300 years as a Spanish Colony.

That exponential growth was due to the Free Trade Agreement signed by the three North American countries that came into force on January 1, 1994.

Since then, 22,000 concessions have been granted for 1,400 mining projects that occupy 16-18% of the total area of the country. 75% of the companies in the field are of Canadian origin. Lacaba told Sputnik that the growth was due to the change in the format of mine operations, which left behind the old tunnels, to pass to the outdoor mines. This method includes dynamiting the ground and opening a crater from which the mineral is extracted in low concentrations.

“A lot of gold and silver is being extracted, but from the mines that had been exhausted during colonial times. The tunnel is not the same as the outdoor mine, which has a much stronger environmental impact, because miners use a lot of water and cyanide or azogue to leach gold and silver,” she explained.

Lioxiviation is a highly toxic chemical process through which the metal is separated from the rock that contains it. This type of mining is characterized by the removal of tons of material to extract low quantities of ore.

© Photo : Pixabay
Mexico Economy Struggles, Credit Risk Rises With Inflation-Fighting Rate Hikes
“It’s reported that in these years more ore has been extracted than during the colonial times, which may be true for the mining method, however, we don’t know that for sure, because there’s no one to control how much material is taken out” – she said.

The mechanism established in Mexico to control mining companies depends on how much material they claim to have mined and based on that, they are told how much money they must pay. However, there’s nobody to verify the companies’ trustworthiness.

Starting with 2014, the activity was taxed with a 7.5% tax on the extracted material, from which the companies can deduct their operating expenses, so the payment isn’t really very high. Every 6 months they also pay for the right to water and land use, which equals about 50 Mexican pesos (less than $3) per hectare.

© REUTERS / Alexandre Meneghini
Two Mexican Politicians Killed on Election Day – Reports
“We call it highway robbery because it is so cheap that it is cost-effective to get just 0.4 or 0.3g of material per ton of dynamited rock,” – the expert says.

When López Obrador became Mexico’s new President, there was hope that the issue would be tackled. However, the statements made by Alfonso Romo, future coordinator of López Obrador, is promising that Mexico would be “a paradise for private investment,” really discouraged the anti-mining activists in the country.