The NHS doesn't know how many doctors and other health professionals it needs to staff its wards, medical leaders have said at the launch of a new system for manning hospitals. It comes amid a staffing crisis in the organisation. Sputnik spoke to Dr Dean Eggitt about the impact of these reports will have on the NHS.

Sputnik: What do you make of the comments by medical leaders claiming the NHS doesn’t know the numbers of staff it needs?

Dr Dean Eggitt: One of the difficulties the NHS has in figuring out its staff requirements is NHS instability. At the moment the NHS changes from month to month, let alone year to year. To be able to fulfil employment requirement and figure out what staff you need, you need to understand what is going to happen in the future. The NHS doesn’t have any forward plans on what it will look like next year let alone in 5 years’ time. On the back of that even we were to say we wanted 1000 extra Doctors by next year or 2000 extra nurses by next year, those clinicians are not in the system to recruit, and we are having to look at alternative provider of care. 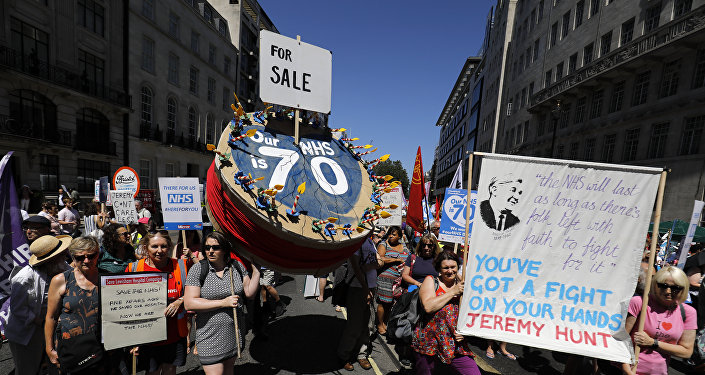 © AFP 2019 / Tolga AKMEN
Mass Protest for NHS Funding Held in London (PHOTO, VIDEO)
Sputnik: With the shortage of staff needed is it a surprise the number of patients waiting for an operation has reached its highest level in a decade?

Dr Dean Eggitt: No I’m not surprised that waiting lists are spiking and the highest in a decade. There is record under investment in the NHS. I am now seeing on a day to day basis where patients require treatment, it is becoming part of routine care to suggest that they might want to offer private services or shopping around the UK to look for a shorter waiting list. 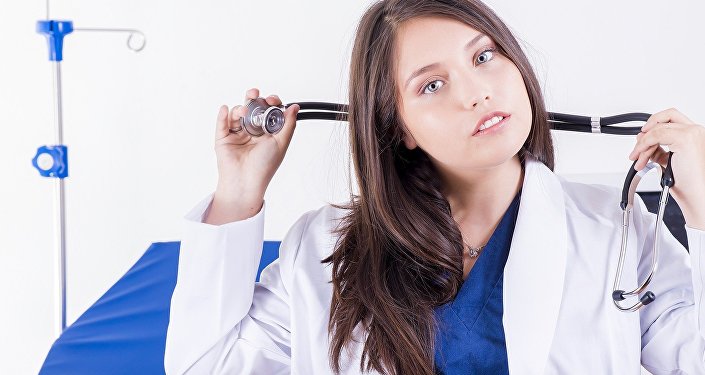 © CC0
British Politicians Stop Bickering, Celebrate NHS 'Lifesaving Work for 70 Years'
Sputnik: What pressures do you think the new NHS boss will face with these two quite condemning reports into staff and wait times?

Dr Dean Eggitt: I think we need to go back to the foundations of the NHS and decide what we want it to deliver. The unfortunate reality is we have politicians who are making promises that the NHS can’t deliver based on the resources it has. So we need to go back to the fundamental question, do we want an NHS that provides care based upon needs or an NHS providing care based upon wants. At the moment we are trying to deliver a platinum service on a faded bronze budget.

'It's Not Child's Birthday': Professor on May's Drive for NHS Budget Rise