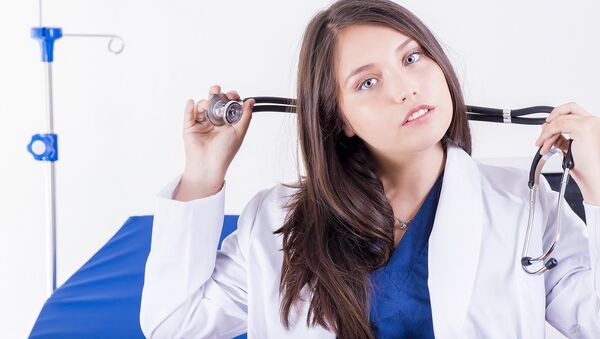 The United Kingdom celebrates the 70th anniversary of its National Health Service and while politicians may have different views on how the NHS should be salvaged from underfunding and staff shortages - they appeared united in demonstration of their appreciation.

Britain marks the 70th anniversary of the founding of the National Health Service on Thursday, a moment of pride and concern for a country that has nurtured its growth into the largest publicly funded healthcare service in the world.

In 1948 the largest publicly funded healthcare service in the world was launched by then Health Minister Aneurin. Seventy years later, the NHS is still functioning, despite growing pressure on the system, with medical staff calling for "more staff and more beds."

READ MORE: One of the Best But Failing: The Disconcerting Diagnosis of the UK National Health Service

Shots have been long fired between the government and the opposition Labour party on how the NHS deficit should be addressed. However, on its anniversary, the officials agreed in paying tribute to national healthcare.

Happy Birthday NHS! Today we celebrate the phenomenal NHS staff who have delivered lifesaving work for 70 years – even in the toughest times. Thank you.#OurNHS70 #NHS70 pic.twitter.com/dlBNAyNsuW

As we celebrate the 70th birthday of the NHS today, we're sharing the stories of people across the country who make it one of our most loved institutions 💙

Ian Levy is a Mental Health Support Worker for the NHS #NHS70 pic.twitter.com/fHi4u0r63z

Happy 70th Birthday to our precious NHS. Thank you for all that you do. #NHS70

"Congratulations to all the winners of the #NHS70 Parliamentary Awards today. Thank you all for the hard work you do every day for our health service." — PM @Theresa_May

Happy birthday NHS. And thank you for being there for me and my family (3 gorgeous kids) as well as for a staggering one million people every 17 hours.

RT if you love our NHS 💚#NHS70 pic.twitter.com/bNR80PzNoU

The Liberal Democrats used the opportunity to remind their constituents of "the risk" posed to the NHS by Brexit.

Only the lib dems put Cameron in power.

In 1968, the NHS saw the Abortion Act becomes law, apart from in Northern Ireland. On May 25, 2018 Ireland has voted to overturn the ban on abortion.

The NHS was founded 70 years ago today. Sinn Féin has a vision of an all-Ireland National Health Service that is free at the point of delivery and based on need. #NHS70 pic.twitter.com/oCDoVMn8Cr

Thank you to all the amazing staff who daily dedicate themselves to the care of everyone regardless of class or creed. #proudofNI #HSC70 #NHS70 pic.twitter.com/sQrdQfdDyO

NHS supporters and workers rallied the streets of London on June 30, demanding increased funding and staffing and protesting against healthcare privatization.