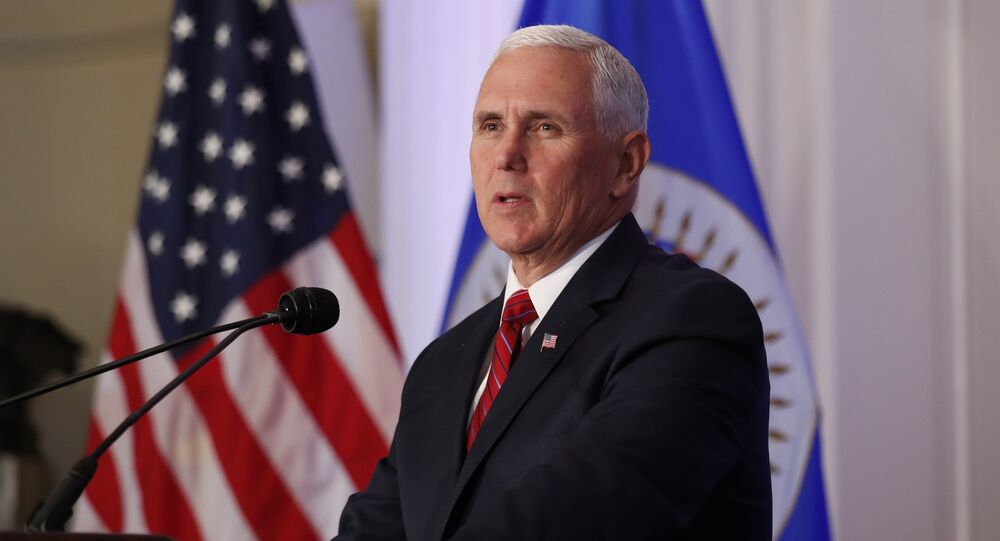 Before US Vice President Mike Pence decides to go around calling Venezuela a "failed state," the Indiana native should take a long look in the mirror and realize that the United States is to blame in the matter, activist Roger Harris told Sputnik.

At a White House reception for the Organization of American States Monday, Pence stated that "the regime of Nicolás Maduro has turned a free and prosperous nation into one of the poorest and most despotic in our hemisphere."

"The once-great Venezuelan economy and government is now nothing more than a failed state," he added, before stating that the people of Venezuela deserve "libertad" instead of "what the regime of Nicolás Maduro offers them."

Maduro, who was first elected to be president of Venezuela in March 2013, won a second term in late May after having secured 68 per cent of the votes. Leading up to the May 20 election, the US, along with several other countries, questioned the legitimacy of Maduro's win, calling the vote a sham.

​Harris told Radio Sputnik's Fault Lines on Wednesday that the Land of the Free "is creating the condition for failure and then blaming it on the Venezuelans."

"If it were a failed state, why are they doing the sanctions? If it was a failed state, why wouldn't they just let it fail?" Harris asked show hosts, Garland Nixon and Lee Stranahan. "They're creating the conditions that they're lamenting — it's a hypocritical sort of Catch-22."

"There's a humanitarian crisis because the United States is blocking vital goods and medicines from getting into the country. It's a failed state because the sanctions have frozen up the international finances that any country involved in the world market needs in order to produce and prosper," he stressed.

A day after the Venezuelan election, US President Donald Trump signed an executive order banning US companies or citizens from buying the Venezuelan government's debt.

In response to Trump's chess move, Venezuela's Foreign Ministry hit back with a statement calling the sanctions "illegal and unilateral measures [that] constitute a crime against humanity and undermine the right for the development of Venezuela."

Speaking on the election itself, Harris pointed out that it was the Venezuelans' way of telling the Trump administration that it was going to vote the way that it wanted.

"What we saw on the ground was tremendous pride in their electoral system and… they're telling Uncle Sam, ‘keep your hands off and don't tell us what to do with our democracy," he said.

Maduro is expected to serve as head of Venezuela until 2025.