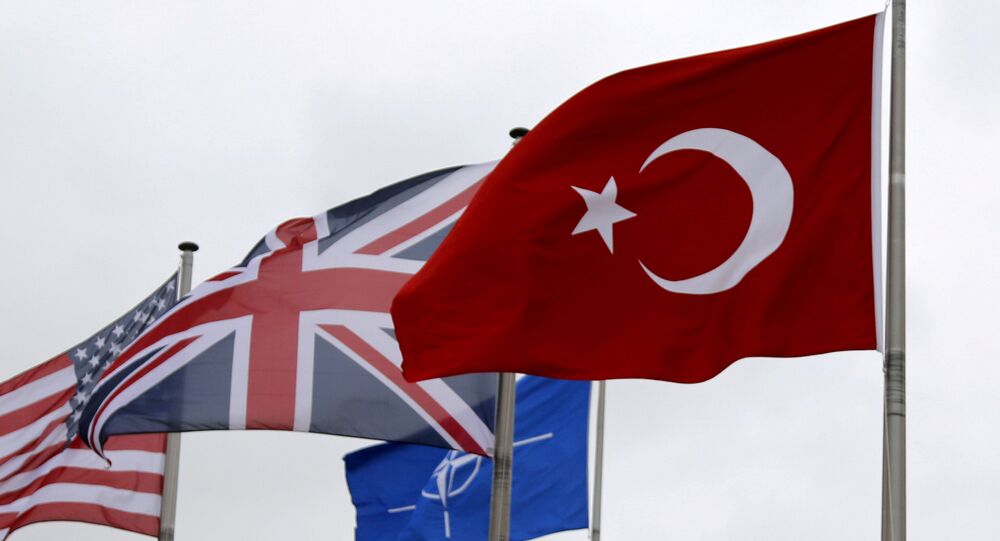 During a report for the House of representative US Secretary of State Mike Pompeo commented on Turkey’s plans to buy Russian S-400 systems with assurances that the US is working on measures to prevent that from happening. Sputnik has discussed his remarks with Faruk Logoglu, former deputy foreign minister and former Turkish ambassador to the US.

The US Secretary of State noted in his report for the House of Representatives Committee on Foreign Affairs that Washington hopes that Ankara will never buy Russian S-400 systems as this could cause "a lot of problems between […] Turkey and the US." He also assured the committee that the US is exerting diplomatic pressure to ensure that this never happens.

Former Turkish Ambassador to the US Faruk Logoglu is confident that the only reason the US is taking such a firm position against Turkey buying the S-400 is because Washington sees Moscow as its key competitor on the arms market. According to him, that's the only reason why the US is attempting to prevent a NATO member from acquiring the Russian air defense systems.

Logoglu pointed out that these attempts reflect the long-standing issue in the US of supplying Turkey with NATO air defense systems. He is adamant that if Washington indeed had decided to sell Ankara its air defense systems, it would have already done so. Since it never happened, Turkey decided to buy Russian S-400 systems to defend its national interests, the former diplomat summed up.

"Pompeo called Turkey a 'problem child' of NATO. But he addressed those words the wrong way. If one is to pinpoint the 'problem child' in the NATO family, it would not be Turkey, but the US and its administration. Not only Donald Trump, but also his National Security Adviser John Bolton and [Secretary of State] Pompeo himself," Logoglu said.

Washington is opposed to Ankara's decision to buy S-400 systems from Moscow. In mid-April, US Assistant Secretary of State for European and Eurasian Affairs Wess Mitchell said Turkey's purchase of the S-400 air defense missile systems from Russia could negatively affect the delivery of fifth-generation F-35 fighter jets to Turkey. Turkish Foreign Minister Mevlut Cavusoglu promised retaliatory measures against Washington if it blocked the delivery of these jets.

US State Department spokesperson Heather Nauert assured that the nature of the US' concerns with Turkey's purchase of the S-400 systems centers on the weapon's interoperability with NATO armaments and is not about sanctions under the Countering America's Adversaries Through Sanctions Act (CAATSA) of 2017.

READ MORE: Is Turkey at a Crossroads Between US F-35 and Russian S-400?

At the end of April, Cavusoglu pointed out that Turkey would consider purchasing the US-made Patriot missile air defense systems or any other if it was able to get a fair offer from its NATO allies.

Russia and Turkey signed a loan agreement to supply S-400 air defense systems to Ankara in December 2017. According to a statement by the Turkish defense industry secretariat, two S-400 batteries will be operated and serviced by the Turkish military.

CHP: Turkey to Purchase Russian S-400 Despite US Pressure