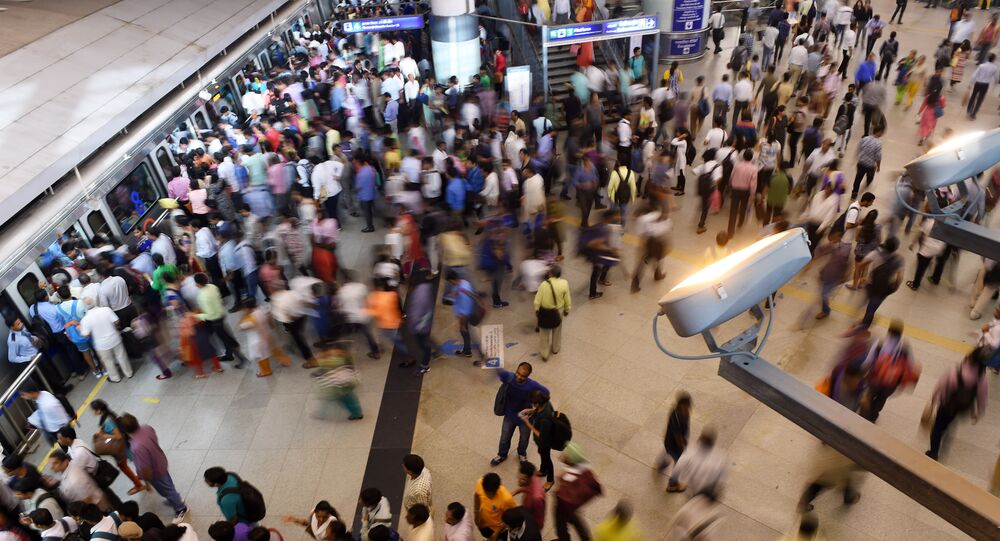 According to an estimate, India has around 119 laws and rules that deny certain rights to Leprosy patients, formulated when the medical condition was considered to be of a highly contagious nature. All such laws were enacted decades ago when Leprosy was considered incurable.

New Delhi (Sputnik) — The apex court of India has come down heavily on the Delhi Metro train service for having a policy which discriminates against leprosy patients. The Delhi Metro Rail Corporation (DMRC) has made it necessary for a traveler suffering from Leprosy to produce a medical certificate to prove that his condition is not contagious.

"In the 1960s even tuberculosis was considered to be incurable and contagious. But today there is no such stigma against TB. Similarly, leprosy is curable and not contagious," Chief Justice Deepak Mishra told advocate ADN Rao appearing for the DMRC.

The court was hearing a plea filed by an NGO seeking a blanket ban on laws that discriminate against Leprosy patients.

"This direction of the court is a big relief to the leprosy-affected community and the organizations working for the cause. It will act as a precedent for other organizations and departments. It seems that eventually, legally the battle for ensuring equal rights for leprosy patients will be accomplished soon. Now the challenge will be to ensure that social acceptance also comes in eventually," Nikita Sara, head of advocacy and communication at The Leprosy Mission (NGO) told Sputnik.

© AP Photo / Bikas Das
Indian Court Steps in to Trash Archaic Laws Allowing Stigmatization of Leprosy
The court has also asked the central and state governments in India to scrap laws and policies which discriminate leprosy patients in the country.

"We are sure the Centre and the states will rise to the occasion to remove the provision relating to disability. Be it noted that we are conscious that leprosy is absolutely curable," Chief Justice Misra said.

The NGO, Vidhi Centre for Legal Policy, argued in its appeal that there is a number of redundant laws and policies that bracket leprosy patients as untouchables and outcasts. A case in point is the Hindu Marriage Act, which confers an aggrieved party the right to seek divorce if either of the spouses is suffering from leprosy. There are rules that bar leprosy patients from seeking public employment.

The views and opinions expressed in this article are those of the NGO are do not necessarily reflect Sputnik's position.