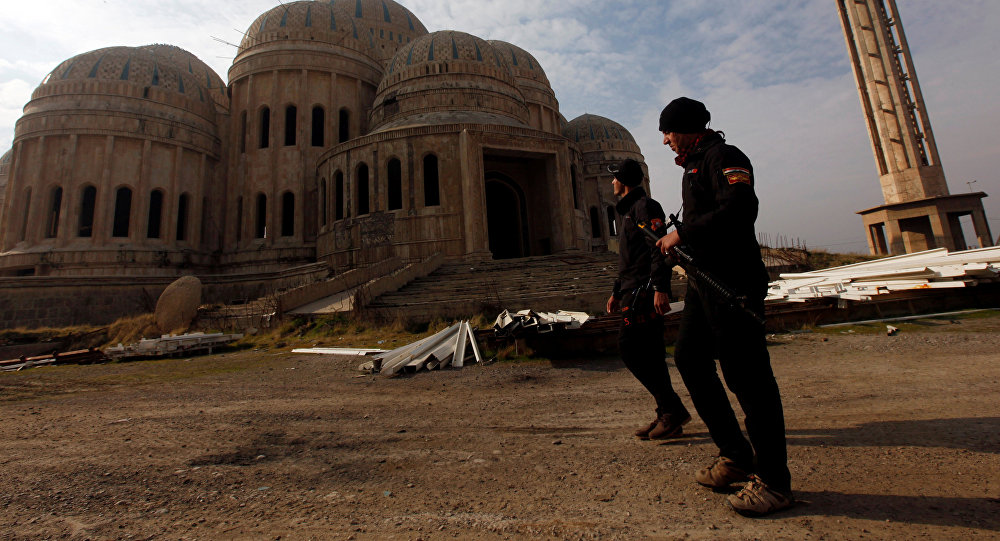 March 20th marks the 15th anniversary of the US-led invasion of Iraq. In 2003, then-President George W. Bush authorized operation Iraqi Freedom in order to topple the nation’s president, Saddam Hussein. The operation was launched under the pretext that Iraq had stockpiled weapons of mass destruction, however, no such weapons were ever discovered.

Sputnik discussed the Iraq invasion with Zeinab Mehanna, a Lebanese-Iranian researcher with a focus on Islam, black history, and human rights.

Sputnik: What repercussions of the invasion of Iraq can we still see now in the Middle Eastern country after 15 years?

© AFP 2019 / Martyn Hayhow
The Iraq War 15 Years On: No Body Count, No Accountability, No End in Sight
Zeinab Mehanna: There are a couple of them, one of them is the continuing insurgency in Syria without the host inviting them, the other one is the continuous presence in Afghanistan that Obama promised to evacuate, meaning the US troops over there. The other one is the building of the largest and the most expensive US embassy in the world in Iraq, it was built 9 years ago, it's actually as large as the Vatican City and we know the role that embassies play. Another other one is the logistics and military campaign of Saudi Arabia against Yemen, now it's in the third year and there's no end in sight, and last but not least, is the looming threat of various military and non-military factions against Iran. I think these are all continuous consequences of the Iraq invasion.

Sputnik: Have you been to Iraq recently?

Zeinab Mehanna: Yes, I was there for Arba'een, which is the commemoration of the grandson of the prophet.

Sputnik: Can you tell us about what your thoughts are, having visited Iraq? What's the quality of life and feeling on the street 15 years on?

© AP Photo / Tony Nicoletti/Pool
They 'Knew Exactly What They Were Doing': Activist Talks US Invasion of Iraq's Legacy
Zeinab Mehanna: I have to say that in spite of the devastation and the killings that took place, the poverty that was very widely stricken all over the place I have to say that with the birth of the Popular Mobilization Forces (PMF), the game has changed in Iraq, the turbulence that was created by ISIS [Daesh*] from time to time is quite obvious, but the country as a whole looks quite unified. But again, I have to say there's a lot of poverty and dismay in people's hearts because they thought that after the invasion or after the abduction of Saddam Hussein that things will be better, but you don't wish for everything.

Zeinab Mehanna: You're right about the oil industry, but the premise of the motive for the invasion in 2003 was the weapons of mass destruction by Saddam Hussein. But after the release of the UN reports by Hans Blix and Scott Ritter that revealed that there were no WMD’s. Bush, however, ignored the agreement to invade only after WMD's were found and he did this without the UN and the Congressional authorization.

Sputnik: The invasion of Iraq is often paralleled with the US destabilizing actions in other countries, such as Yugoslavia and Libya; how long will this dreadful trend go on? Is there any way to stop it? 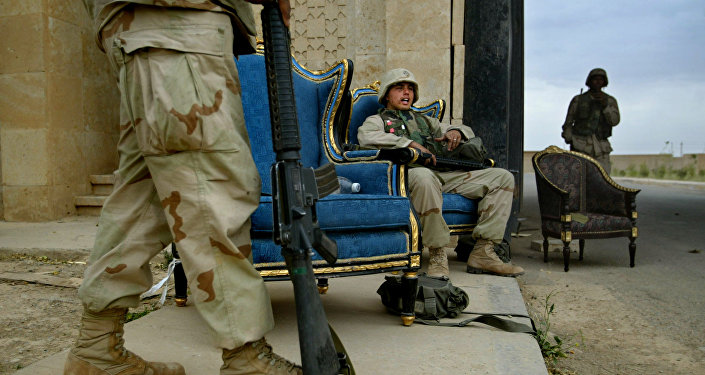 © AP Photo / Lefteris Pitarakis
US 2003 Invasion of Iraq Led to Nothing But Chaos and Instability – Observers
Zeinab Mehanna: As long as Israel has a strong lobby in the US and the neocons have their agenda, and I'm referring to the big agenda over here. One of the habits today is mainly the moving of the capital, of the so-called capital of Israel, from Tel Aviv to Jerusalem, this is the first part of the list of the neocons, especially by David Horowitz and the Christian Zionist preacher John Hagee who was imposed on Trump as Trump has admitted in the book the 'Big Agenda' by David Horowitz. Now the masterminds behind these invasions, are the basic ideas that come from the neocons the likes of Richard Perle and Mark Levine.

READ MORE: 'The US Has Done Nothing but Create Misery for Iraqi People'- Academic

Sputnik: How long to you think it will take Iraq to come back to normal life and what steps can be taken for this to be achieved?

Zeinab Mehanna: There's a lot of scars, socially, physically, look at the destruction over there. In the 70's and the 80's Iraq was considered one of the most important and one of the most developed and the most progressive Arab countries. It's going to take them time, but at the moment the country is unified by the PMF and I'm hopeful, if it's going to take decades, time will tell, but I think they need to do something about it and the intervention of the neighboring countries should be lessened with the policies over there.

French President Expresses Condolences Over 9/11, Criticizes US Invasion of Iraq