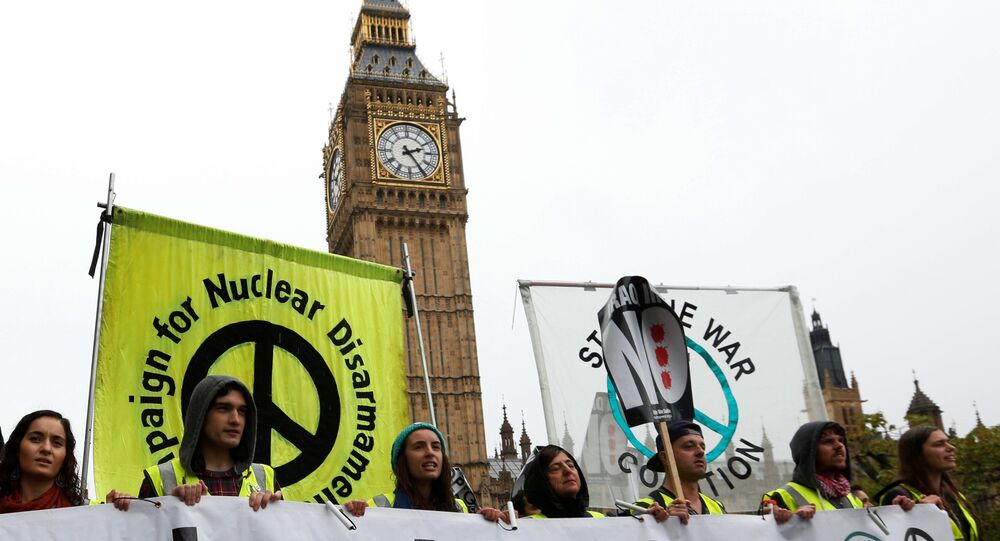 United Nations Secretary General, Antonio Guterres, is to initiate a new push for global disarmament, which will include everything from nuclear weapons to cybersecurity. The Unites States however, has expressed its reservation that the time is not right for what it described as "bold initiatives."

Sputnik spoke to the President of the International Progress Organization, a non-governmental organization in consultative status with the United Nations, Hans Köchler.

Sputnik: So in response to Mr Guterres' plan, a US official has been widely quoted as saying that, "we don’t believe that it’s time for bold initiatives, particularly in the area of nuclear weapons" – is this opposition related to the US' newly announced nuclear posture review?

Hans Köchler: It is obvious to me that this is related to the announcement, or to the proclamation, of the nuclear posture review. The reason why the United States has expressed reservations vis-à-vis the UN Secretary General’s initiative is that the development of the new nuclear arms is certainly not compatible with what Mr Guterres has in mind. I think that explains the American cautious statement.

Sputnik: The same US official has said that Mr Guterres "may be trying to treat the symptoms and not the root causes of why countries arm and rearm." Does this official have a point do you think, and what are the 'root causes' that he’s talking about?

Hans Köchler: The root causes are that they feel insecure. There is a point to what this official you mention has said. Since the end of the cold war, there is a balance of power at the global level.

During all those decades since the Second World War there was no nuclear confrontation because there was a balance of power between the two major players, namely the US and the Soviet Union.

Since the beginning of the 1990s, the situation has been different, so countries that feel threatened in regard even to their survival as a state will resort to developing these weapons capabilities. That is one of the reasons. If one wants to address the causes and not only the symptoms, one should deal with instability, insecurity and with this imbalance at the global level.

Of course the major country that also has a certain responsibility for so many countries feeling insecure is the one that has now voiced the reservations vis-à-vis Mr Guterres.

Sputnik: And finally, while it is a noble goal, how realistic do you think global disarmament – particularly of the nuclear kind – actually is?

First, namely with tensions in different parts of the world, let’s take for instance the Middle East or East Asia, and secondly one should also try to make those existing agreements and legal instruments, such as the non-proliferation treaty, more efficient.

One should try to implement those first before launching an overall initiative that unavoidably will remain vague and cannot be implemented.

The views expressed in this article by Hans Köchler are solely those of the speaker and do not necessarily reflect Sputnik's position.