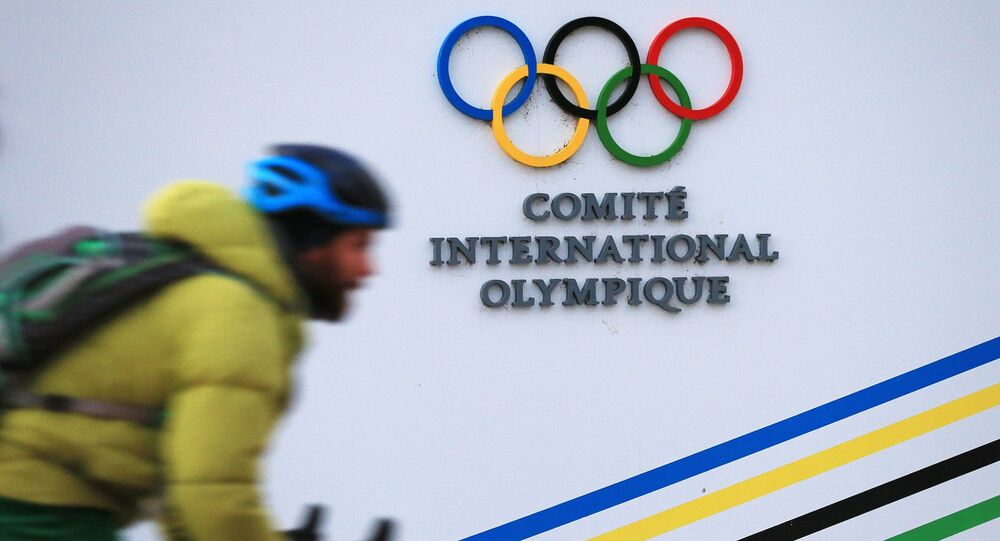 The court of Arbitration for Sports has reinstated the 9 Olympic medals confiscated from Russia’s national team, after the ban imposed on 28 athletes from Russia was annulled. Sputnik spoke to Adam Nicholls, a professor of sports coaching and psychology at the University of Hull- about the stigmas associated with sports doping.

Sputnik: So what does doping actually do to the body, and how does it create an unfair game?

Adam Nicholls: There are lots of side effects with doping, which include physical and psychological. In terms of the physical advantages that can be gained from dope, it can allow athletes to train for longer, more intense, which can have a beneficial impact on their athletic performance, which unfortunately gives them an unfair advantage.

Sputnik: What's the protocol at the Olympics, are they working on a zero tolerance policy?

Adam Nicholls: Anyone who has been found to have banned substances in their body will be banned.

Sputnik: How has this come about with Russia, in that their doping case has been overturned- surely there are quite rigid tests in place to prevent athletes from 'doping'?

Adam Nicholls: This is quite interesting. Potentially it raised doubts in the testing which is carried out by the International Olympic Committee, given that if they believe they've found sufficient evidence, but that evidence has been deemed insufficient by the court of arbitration. This has significant ramifications for future testing, and it could imply that the IOC may need to tighten up on their testing procedures.

Sputnik: Do you think there were political motives behind the original accusation?

Adam Nicholls: It's hard to say. Reading the statement from the Court of Arbitration, they say actually there was insufficient evidence to uphold the IOC's findings. So it's hard for me to say really whether there is a political element to this.

Adam Nicholls: I think there are a number of implications, the main one to arise is that more athletes are questioning their bans so there will be more appeals in the future for the Court of Arbitration. But it also shows that we need to be targeting athletes at a younger age. I am currently leading an International Olympic Committee funded research, where we are developing an 'I Play Clean' program, designed for young elite athletes, who are on the brink of making it to the top. It's about changing their attitudes towards doping, and we do that at a young age, when their attitudes are forming, with a view that hopefully they won't go on to take performance enhancing drugs in the future. They will resist temptations to do so.

Sputnik: Why is it that someone would get into doping in the first place? Is it more likely to be an individual decision, or a team-wide impetus?

Adam Nicholls: There are a number of reasons. Those who are striving for a professional contract, they might experience pressure from a coach to get bigger. An athlete may see taking performance enhancing drugs as a quick way of getting bigger. They also might take them to recover quicker from an injury. Sport is a cut throat industry, and for athletes to reach the top they may feel they need to take performance enhancing drugs to do so.

© Sputnik / Evgeny Biyatov
Russian Skiers Excited About CAS Lifting of Doping Bans
Sputnik: If a doping allegation is made, supposedly that could ruin the reputation of an entire country in the sports world- is that correct?

Adam Nicholls: Absolutely. A lot of athletes believe that most other athletes are taking drugs. And certainly now, I think there is a massive stigma, with Russian athletes. Whether or not an athlete has or hasn't doped, there will always be that stigma. I think it has probably damaged the reputation of Russia.

Sputnik: How big is the problem?

Adam Nicholls: There are lots of dodgy things going on. It is massive. There are a lot of physical and psychological side effects for athletes who take drugs. I think athletes who take drugs are three times more likely to commit suicide than athletes who have not taken drugs. Athletes are taking these drugs at a much higher level than what they were ever designed to be taken at. They've got lots and lots of side effects: infertility, mood alteration. I guess it’s probably dealing with those aspects that some athletes might find hard.