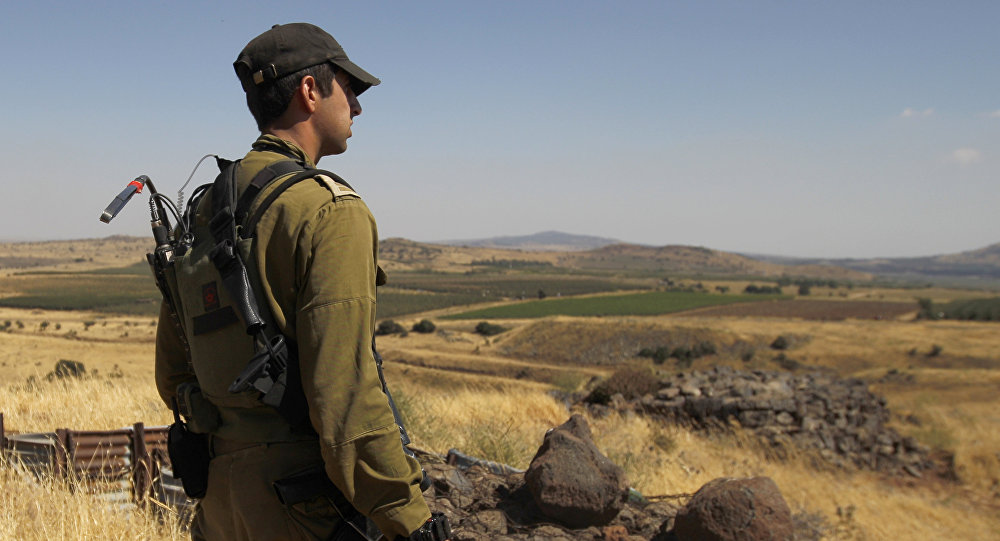 The Syrian Arab Army (SAA) continues its advance on the terrorists using both military and diplomatic measure. SAA Brig. Gen. Heitham Hassun, reported that al-Nusra Front militants agreed to flee from the villages of Mugr al-Mir and Mazaria Beit Jinn in southwestern Syria, thus undermining Israel's plan to maintain control over the region.

On Saturday buses arrived in the villages of Mugr al-Mir and Mazaria Beit Jinn in the so-called 'Hernon Pocket' to transport the fighters of al-Nusra Front to Idlib and Daraa governorates. The pocket extended into government-held territory southwest of Damascus from the IDF-occupied Golan Heights. According to a Syrian Arab Army (SAA) military strategic analyst, Brig. Gen. Heitham Hassun, the move will help liberate the southwestern part of Syria from terrorists.

"This will allow [the SAA] to free the entire southwestern region of Damascus from terrorists," Brig. Gen. Hassun told Sputnik Arabic. "It is especially important to take under the SAA's control [the territories] north of the province of Quneitra, which the Israelis had planned to manage with the assistance of the militants. Now, by retaking Mugr al-Mir and Mazaria Beit Jinn, the army will be able to conduct an operation to liberate all the terrorist-controlled areas adjacent to the occupied Golan Heights."

The local government managed to strike a deal with the al-Nusra jihadists through intermediaries on joining the program of reconciliation and establish a ceasefire regime in the area. The victories of the SAA, which allowed the government forces to gain control over the dominant terrain, contributed to the success of the talks.

According to the military analyst, residents of local villages are making every effort to facilitate the advancement of the Syrian government forces. For instance, they provide information to the SAA about the location and the numerical force of jihadists.

© Sputnik / Mikhail Alaeddin
Syrian Army Advances on Rebel-Held Bastion Near Israel-Lebanon Border
Brig. Gen. Hassun said that, for its part, Israel is providing the extremists with intelligence concerning Syrian government troops. Additionally, the Israelis continue to supply weapons to terrorist groups and provide fire support if necessary, the military analyst underscored. It appears that Syria's southern neighbor is unwilling to give up its plans for this part of Syria, the brigadier general suggested.

The Golan Heights remain an apple of discord for Damascus and Tel Aviv, prompting tit-for-tat strikes in border areas. Israel's occupation of the western two-thirds of the Golan Heights (known in Syria as Quneitra governorate) prevents the states from signing a peace treaty. The annexation of the disputed area started during the Six-Day War in 1967 and has been repeatedly condemned by the UN in 1981 and 2008.

The eastern Golan Heights, which remained in Syrian hands following the Six-Day War and 1973 Yom Kippur War, became the target of the al-Qaeda-affiliated al-Nusra Front, as well as Daesh terrorists and other Syrian opposition forces, during the ongoing war. 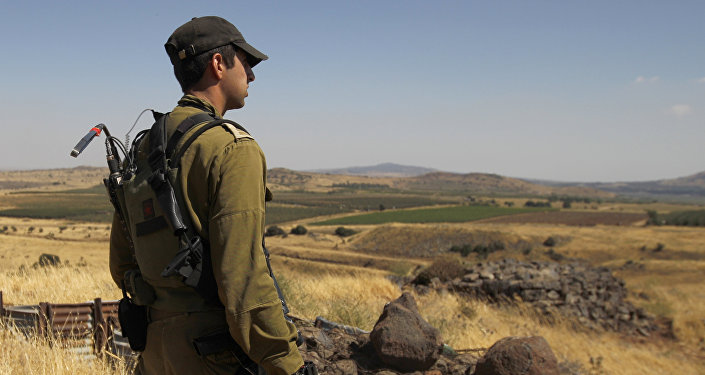 © AFP 2019 / JALAA MAREY
Israel's Army Reports About Rocket Fired From Syria at Golan Heights
Meanwhile, according to Sputnik's source, on Friday the Syrian government forces expelled terrorists from the Abu Dali settlement in the north-east of Hama province.

Located on the border between Hama and Idlib, the settlement was used by the terrorists to disrupt the supplies from one city to another.

The SAA continues to crack down on terrorists following Russia's partial withdrawal from Syria after a two-year-long aerial campaign. The decision to pull out was announced on December 11 by Russian President Putin, who specified, however, that the bases in Tartus and Hmeymim, as well as the center for Syrian reconciliation, would continue to operate.

On December 26, Defense Minister Sergei Shoigu signaled that Russian started to form a permanent group in Syria's Tartus and Hmeymim. The Russian military contingent is armed with advanced weaponry systems including the cutting edge S-400 system, while S-300 surface-to-air missile systems, as well as the Bastion coastal missile systems with cruise missiles.