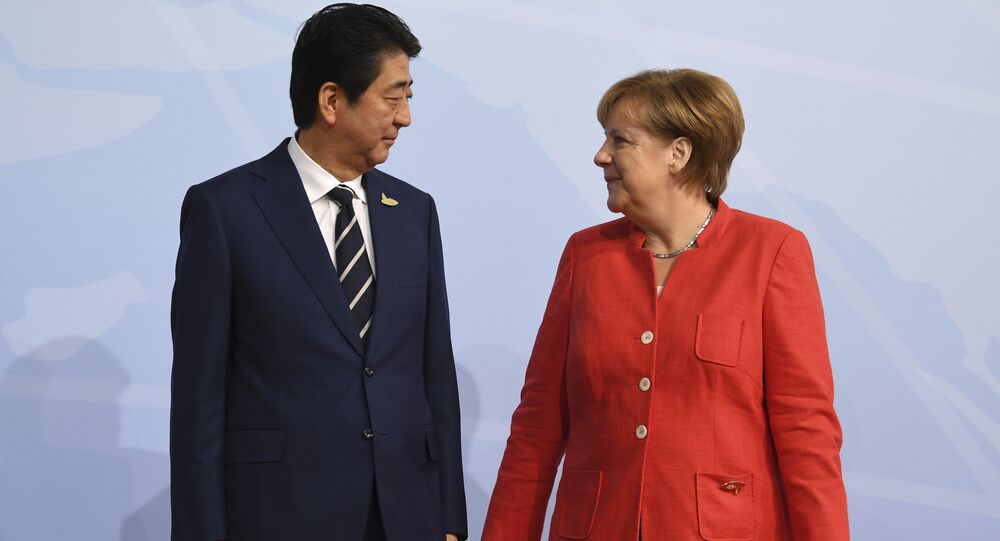 'Deal Between Japan, EU Trying to Build up Their Own Rules' – Researcher

Japan and the EU have agreed on a bilateral free trade deal under which the bloc is allowed to sell food in Japan at reduced tariffs. Shino Takayama, a research fellow in Humanities and Social Sciences with the School of Economics at the University of Queensland gives her take on the issue in an interview to Sputnik.

Sputnik: How much money are we talking about? How much is this deal worth? Do you have any estimates?

Shino Takayama: This is about 28 percent of the global GDP, which of course is big. Dairy products to Japan from Europe – of course you made a good point that dairy products need to be fresh. So, basically, distance matters to Japan. So, I don’t think there is much impact on the Japanese market, and also as far as I understand South Korean car industries already have access to the European market at a lower tariff rate. I’m not sure how big this automobile company’s impact against the European market is. I don’t think it’s quite large. That’s my assessment.

Sputnik: The UK is in the process of leaving the EU. How do you think this deal is likely to affect British businesses post-Brexit? Do you think the UK will sign a separate deal with Japan when it leaves the EU?

Shino Takayama: I think so. There have to be negotiations between Japan and the UK.

Sputnik: How do you think closer ties between Brussels and Tokyo will impact US businesses operating on the Japanese market? You said it wouldn’t be a big difference, since it’s more of a political message. How would this affect American business?

Sputnik: When the Trans-Pacific partnership was turned down by the US, they still show interest in reaching a separate trade deal with Japan. How likely is that deal right now?

Sputnik: Actually there was national and regional legislation that almost derailed the trade deal with Canada before. How likely is it to reoccur with the Japanese agreement now?

Shino Takayama: I don’t think so. I mean the current agreement between Japan and the EU is basically trying to build their own rules and standards. That’s what they agreed on. There’s going to be an attempt. I think the speed of the agreement to get it finalized is quite amazing to me. These things usually take a long time. I think there is some kind of political pressure that they don’t want to do it.

The views and opinions expressed by Shino Takayama are those of the expert and do not necessarily reflect Sputnik's position.