The work and practices of the International Criminal Tribunal for the former Yugoslavia (ICTY) raise questions, Serbian lawyer Dr. Goran Djordjevic has told Sputnik, commenting on General Ratko Mladic’s trial. The body not only failed to respond to its role, but also jeopardized the already violated system of international law, the lawyer said.

"It is necessary to carry out a critical analysis of the entire legacy of the International Criminal Tribunal for the former Yugoslavia (ICTY), in order to extract significant lessons for further work on the norms of international criminal law," Dr. Goran Djordjevic, a lawyer and author of "Responsibility for international crimes," told Sputnik.

Commenting on the ICTY's life imprisonment sentence of General Ratko Mladic, the former Bosnian Serbs commander, who was charged with having committed genocide, war crimes and crimes against humanity during the 1992-1995 war in Bosnia, Dr. Djordjevic emphasized the political bias of the court.

The lawyer highlighted that the "politicization of the Hague tribunal is one of the complaints that burden the work of the tribunal since its founding." "And these objections are not unfounded," he said.

© REUTERS / Peter Dejong/Pool
Moscow Says Ex-Bosnian Serb Military Commander Mladic Conviction Politicized
He noted that "this must be added to the fact that the Hague tribunal in a number of cases refused to prosecute the accused for international crimes against the evidence presented."

Additionally, the tribunal's attitude towards the accused also raises questions. Dr. Djordjevic drew attention to the fact that "several defendants have died in the custody of the Hague tribunal under very strange circumstances," in an apparent reference to former Yugoslavian president Slobodan Milosevic who died in his prison cell in The Hague on March 11, 2006, during his five-year-long trial.

The lawyer outlined a number of further controversies in the ICTY's work. Citing the fact that General Mladic is "charged with participating in a joint criminal enterprise," the scholar underscored that "this form of responsibility is not known in contemporary international criminal law."

He explained that "the Hague tribunal introduced this form of liability with the second instance verdict in the Dusko Tadic case." Tadic, a Bosnian Serb politician, was convicted of crimes against humanity and sentenced to 20 years of imprisonment in 1997. "Since then, this form of responsibility has become commonplace in the jurisprudence of the Hague tribunal," the lawyer noted. 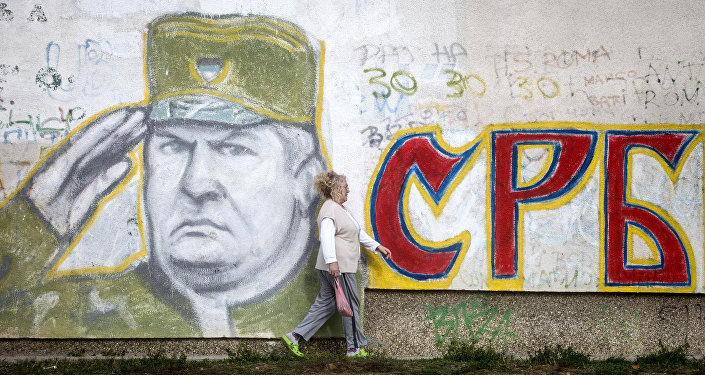 © AFP 2019 / Oliver Bunic
Mladic's Sentencing and ICTY's Double Standards in Conviction
Besides, the Hague tribunal has shown its inefficiency "in terms of the duration of the proceedings," he underscored, adding that "a large number of proceedings turned into marathon trials because of inaccurate indictments and non-selective material in the sense of relevance to the case itself."

While Darko Mladic, the ex-commander's son, signaled that the defendant will file the appeal, the lawyer remains skeptical about the outcome of the move: "Bearing in mind the very controversial precedents in the cases of [Radislav] Krstic, [Radovan] Karadzic, [Ante] Gotovina, on which the General Mladic case is based, it is difficult to believe that the appeals process will have great prospects for success."

Dr. Djordjevic believes that "the Hague tribunal did not only respond to its role, but it further jeopardized the already violated system of international law."

"Today, the Hague tribunal's balance sheet can already be discussed, and it is devastating," the lawyer believes. "However, we should bear in mind the time in which the Hague tribunal was founded. The end of the Cold War, the collapse of the international legal order established at the end of the Second World War, the coming globalization, represented a time that was lightly labeled as the "end of history." Such circumstances represented a fertile ground for the establishment of ad hoc courts such as the tribunals with the former Yugoslavia, Rwanda, the Sierra Leone court, the East Timor trial."

© AP Photo / Peter Dejong, Pool
Lawyer: Ratko Mladic Trial All About NATO Securing Its ‘Encirclement of Russia'
There are many critics who question the tribunal's legitimacy. Christopher Black, a lawyer qualified to practice at the International Criminal Court, assumed that the tribunal is just a setup for NATO, which will use it to ensure the bloc's interests.

Speaking to Sputnik Radio's Loud and Clear, Black says the protocols allowed in the tribunal are outrageous, as the court allows secret witnesses, many of which are never even seen, while others are completely "scripted."

Mladic has been on trial since 2012 after his capture in Serbia for the Srebrenica massacre in 1995, in which more than 7,000 Bosniaks were slaughtered, as well as for other atrocities he allegedly committed during the 1992-1995 war in Bosnia. He was found guilty on one charge of genocide, but was convicted on each of the other 10 counts. The general denounced all accusations as a "lie" that has been used to "criminalize" Serbs.