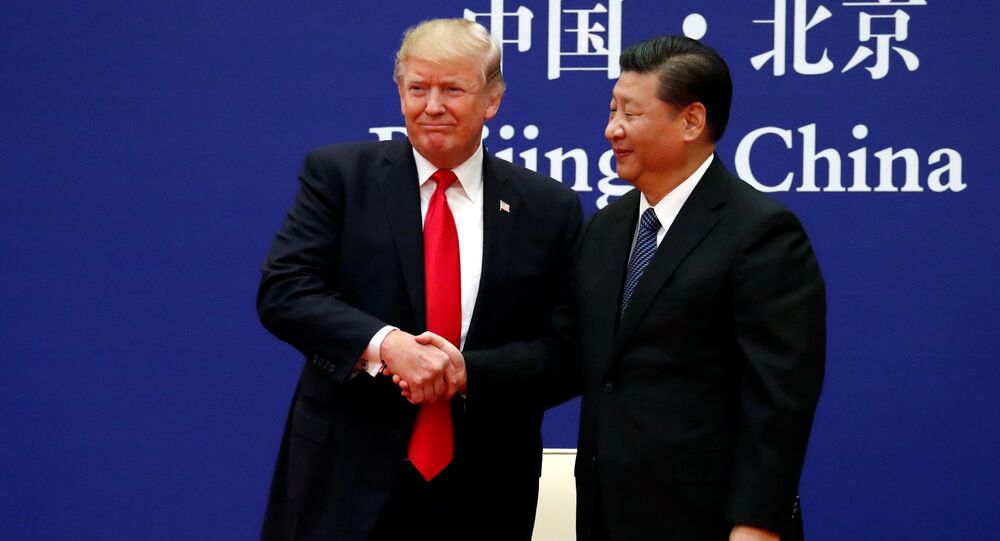 The world watches with anticipation and some anxiety US President Donald Trump's state visit to China. How will the leaders of the world's largest and second-largest economies manage their bilateral relations amid an environment of global fragility and uncertainty?

Trump's first visit to Asia as US president comes against the backdrop of volatility on the Korean Peninsula, deteriorating global security, and political uncertainty back home.

During his election campaign, Trump labeled China a "currency manipulator" and called for slapping 45 percent tariffs on Chinese imports. Many foreign analysts speculate as to whether and how he will raise these issues and the effect they might have on this very important global and strategic relationship. And quite a few business leaders in the United States have called on Trump to be "tough on China". But what does that really mean and how practical is this kind of rhetoric?

Sober up, running a campaign to be elected the president of the United States and actually being the president are two very different things. After entering the White House, most presidents have realized the world is about entangled or intertwined relationships that may be far more complex than they previously understood.

© REUTERS / Jonathan Ernst
Author: ‘Trump Can't Seem to Decide' How He Wants to Approach China
So how will President Xi Jinping and Trump find commonality above differences? Perhaps talking straightforward business may do the trick. One thing we can expect is that while in Beijing, Trump will revert to being more of a businessman than a political campaigner.

Trump has in tow a delegation of 29 American business leaders, each looking to leverage the visit for opportunity, not conflict. They represent traditional US industries, fossil fuel-based energy and basic agriculture. This comes at a time when China has become the single-largest global investor in artificial intelligence, mobile phone banking, and research and development on an unprecedented scale of renewable and efficient energy. Will the two leaders be able to find new synergy through comparative advantages in the new era"?

At the 19th Congress of the Communist Party of China, Xi, also the general secretary of the CPC Central Committee, talked about socialism with Chinese characteristics in the "New Era", an era that he emphasized would include inclusiveness, diversified not monolithic globalization, and openness toward trade and investment. Clearly, China regards its relations with the American people among its most important of global relationships. And that should be principled on partnership, not altercation.

A troubled China-US relationship benefits nobody. A positive one allows for constructive engagement on a host of issues, from trade and security, where both countries need to sensibly work together rather than apart, to business deals that offer employment and economic buoyancy. Hopefully, this will be the outcome of Trump's visit.

During the 1980s and 1990s China-US relations were all about American investments coming to China to create jobs and transfer technology. But from the make-up of Trump's business delegation, we can see that times have really changed. The US is adhering to "old industries", from coal and diesel-powered cars to soybeans and steel. On the other hand, China is leapfrogging into the latest technologies for everything, from high-speed railway to solar grid systems and robotics. The triangle of Hong Kong-Shenzhen-Guangzhou is already being celebrated by venture capitalists as the new Silicon Valley of innovation, research and development. Which means China-US relations today could be more about Chinese investments in the US creating jobs.

The reality is that Chinese investments are creating jobs, driving economic growth, and are probably the best assurance of social stability in the US at a time when factionalism among America's complex social and ethnic groups is reaching unprecedented pitch, especially because the domestic economic policy of the past years has pushed the middle class down creating vast divides between the few rich and increasing number of poor. China is re-employing through its investments vast numbers of people marginalized in the US' rust belt, those same people that voted for Trump. That is why Trump's visit to China is so critical to the US administration.

To put this point in perspective, the US' biggest single employer Walmart employs 1.5 million Americans, and Jack Ma, through Alibaba's investments, plans to create 1 million American jobs — which, in effect, would reduce unemployment by 14 percent.

So who needs a trade war?

Stephen Orlins, president of the National Committee on US-China Relations, underscored this point when he recently said: "The data overwhelmingly suggests Chinese investment in the US is complementary to the current administration's focus on creating and protecting jobs."

A number of the company CEOs accompanying US president will use his visit to China as a platform to announce extensive business deals that will allow Trump to emphasize that he has pursued his campaign pledge to achieve market access in China. Currently, the US' goods' and services' deficit with China is around $310 billion, but in 2015, China accounted for some 22 percent of all US imports. So the reality on this trip is that Trump needs good relations with China, not least because over the next 20 years China is expected to buy about $1.1 trillion worth of airplanes, effectively subsidizing Boeing and the state of Washington, which is divided sharply between Democrat voters in its main coastal cities and Republicans in its agricultural hinterland. These are the kinds of facts that underscore Trump's visit, and his longer-term political considerations.

Positive signals have already come from China. Only one week after the conclusion of the 19th Party Congress and just one week before Trump's visit to Beijing, Xi received a delegation of American CEOs from Silicon Valley, including Facebook's Mark Zuckerberg and Apple's Tim Cook, as part of a prestigious Tsinghua University advisory board.

The message is crystal clear: socialism with Chinese characteristics in the new era means China is open for business, especially when it means technology, clean energy and smart infrastructure. But this time the investment may be going from China to the US, rather than the other way around. Trump will have a hard time slapping high tariffs on Chinese imports if he wants to live up to his campaign promise to upgrade the US' infrastructure, transport systems and airports, because he will need China to do it for him.

This article, written by Laurence Brahm, was originally published in the China Daily. The author is a senior fellow at the Center for China and Globalization.