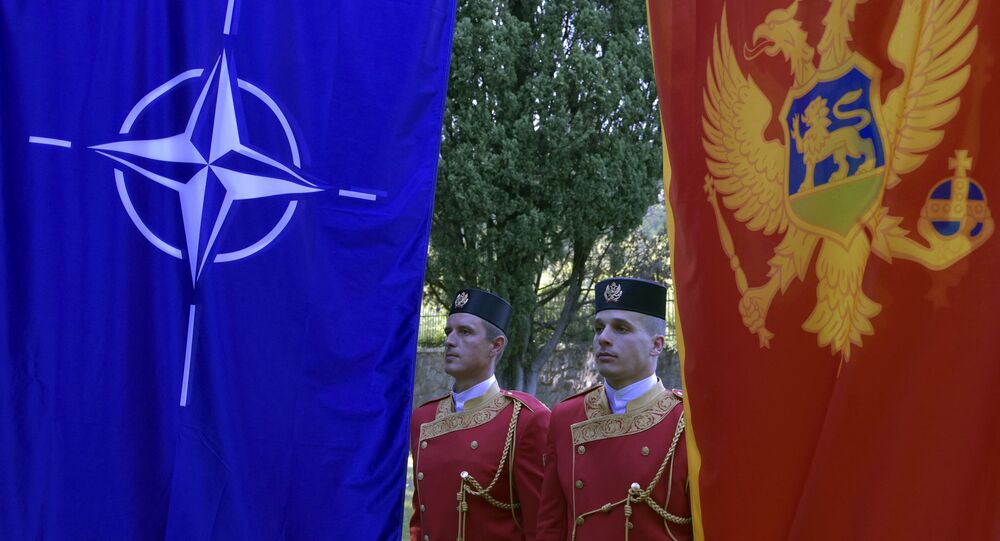 The Montenegrin government is considering legislation which will codify its agreements with NATO, and stipulates many privileges for the alliance's forces in the country. Speaking to Sputnik Serbia, local journalist Marko Vesovic said that such game rules should be rejected by all those states which cherish their sovereignty.

Commenting on a bilateral agreement regarding Montenegro-based NATO forces facing criminal and disciplinary responsibility within the country which sent them to Montenegro, journalist Marko Vesovic of the local newspaper Dan warned of the "practical consequences" of the deal.

"We may face a situation when a NATO soldier may commit murder or other crime, but all this will be explained by his performing official duties or goals, as defined by the North Atlantic Treaty, so no one will be held responsible for this," Vesovic said.

In this context, he noted that most Montenegrins continue to perceive their country joining NATO as "disastrous." According to him, the "practical consequences" can be seen already.

© AP Photo / Risto Bozovic
Anti-NATO demonstrators burn a NATO flag in front of a a banner that reads: "No to NATO, your hands are bloody - Death to fascism, freedom to the people", during a protest outside the hall before the parliament session in Cetinje, Montenegro, Friday, April 28, 2017

"It's not just about [NATO troops'] immunity. It cannot be ruled out that the Montenegrin army will finally become an auxiliary detachment in the hands of Western military forces in the Balkans or in other regions in which the Alliance deems it necessary to act. We are witnessing an act of legal and political violence," Vesovic stressed.

He concluded by saying that many "sober-minded citizens of Montenegro" would never have agreed to sign such laws amid the protracted boycott of the Montenegrin parliament by the country's opposition.

On June 5, 2017, Montenegro officially became the 29th member state of NATO. The decision was made by the country's parliament, without putting the issue directly to the people in a referendum, as most people were against the new military membership.

Podgorica was invited to join NATO in December 2015, in the alliance's first expansion into Eastern Europe in six years.

The Montenegrin government accepted the invitation, causing mass protests across the country. On May 19, 2016, NATO member states signed the accession protocol.

Stoltenberg Hails Montenegro's NATO Accession as Message to Other Countries