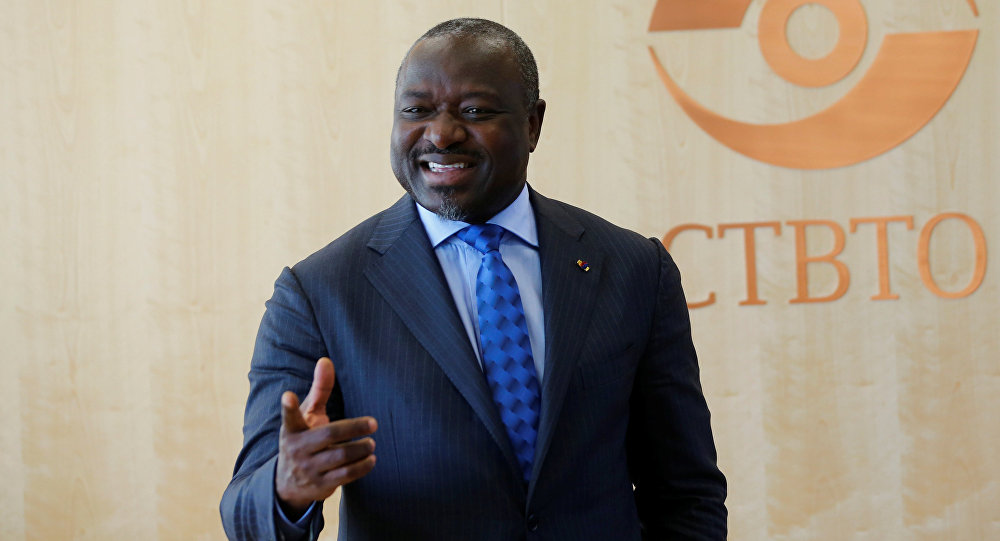 MOSCOW (Sputnik), Ksenia Shakalova — Lassina Zerbo plans to visit Moscow and Sochi during his official visit to Russia. He will also visit St. Petersburg in order to take part in the annual security conference, where he will be one of the keynote speakers on nuclear non-proliferation and disarmament.

Zerbo told Sputnik that he would discuss the nuclear proliferation treaty, North Korea's nuclear tests and the Iran nuclear deal at his Friday meeting with Sergei Lavrov. He noted that the Comprehensive Nuclear-Test-Ban Treaty would also be a part of the discussion.

According to Zerbo, Russia is a "good student of the Comprehensive Nuclear-Test-Ban Treaty," as it is fully complying with the provisions of the deal. It also should push the remaining eight states who have yet to ratify the agreement to do so in order to put it into force once and for all.

Zerbo also underlined the existence of political support for the treaty "from basic to the highest level" in Russia.

The CTBTO official stressed that pushing the treaty forward was not the organization's task. Instead, he claimed that the job of parties to the accord since the treaty could contribute to international security and national security.

Lassina Zerbo expressed confidence that the deal on Tehran’s nuclear program can promote the enactment of the Comprehensive Nuclear-Test-Ban Treaty (CTBT) and thus clear the world from nuclear weapons, despite the recent claim by the US administration. 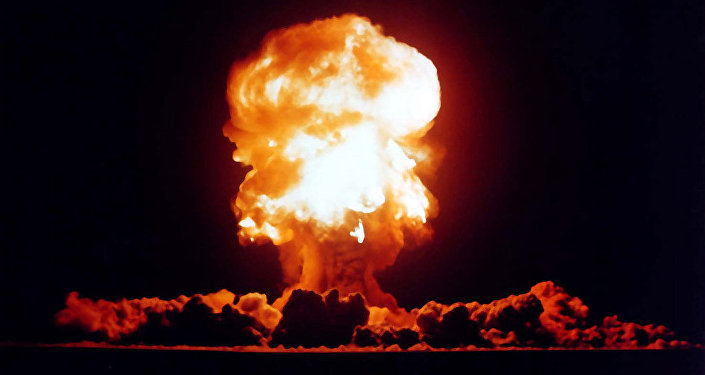 On Friday, Donald Trump made a decision not to certify Iran’s compliance with the nuclear agreement. The US president characterized the Joint Comprehensive Plan of Action (JCPOA) as “the worst transaction the US has ever entered into” pointing out that Iran violates the agreement and is still able to develop elements of the nuclear program. Commenting on the possible unilateral withdrawal of the US, Trump said that there is a “very real possibility” of canceling of the deal.

The JCPOA was signed in July 2015 by Iran, the European Union and the so-called P5+1 group of nations, comprised of the five permanent members of the UN Security Council — China, France, Russia, United Kingdom, United States — plus Germany. The agreement provided for the gradual lifting of nuclear-related sanctions imposed on Tehran in exchange for assurances that its nuclear program would remain peaceful.

The CTBTO head noted that he met with Ali Larijani, the speaker of the Iranian Parliament, on Monday and discussed the ratification of the CTBT. According to Zerbo, Larijani pointed out that he is not against the treaty, but linked its possible ratification to the outcome of the JCPOA.

"It would be difficult to get any consentient support for any other arms control treaty [by Tehran] until [Iran’s] civil society and parliament see the outcome and the fruit of what is pending right now, which is the Iran deal," Zerbo said, referring to Larijani's remarks.

The CTBTO head reminded that the JCPOA's value is that it brought the international community together to agree on a measure to stop Iran from moving toward a nuclear weapon program.

The treaty needs to be ratified by all states that took part in its negotiation in 1994-1996 and had nuclear power or research reactors at the time. Five of these countries, namely China, Egypt, Iran, Israel, and the United States, have signed the treaty, but not ratified it, while India, North Korea, and Pakistan have to both sign and ratify. The secretary expressed hope that Pyongyang would decide to join the agreement as it was in its own national security interest.

As for the way to bring North Korea to join the CTBT, Zerbo said that it is necessary to lobby and to explain the value of international monitoring system, the value of the verification regime and the value of the treaty as a whole to DPRK.

© AP Photo / Lee Jin-man
Japan to Provide $2.5Mln to CTBTO for Monitoring of N Korea's Nuclear Tests
The CTBTO chief expressed hope that "at the end of the day, multilateral diplomacy will prevail and the institutional framework that governs not only the United Nations as a center for multilateral diplomacy, but regional dealings among states as well, will be able to ease the tension in a way where [the globe does] not suffer a nuclear war."

Zerbo pointed out that North Korea has not stopped the tests despite being hit with increasingly strict sanctions. The UN Security Council adopted new sanctions against Pyongyang on September 11, banning textile exports from North Korea and capping imports of crude oil and refined petroleum products. North Korea carried out its sixth nuclear test on September 3, claiming to have successfully tested a hydrogen bomb which could be loaded onto an intercontinental ballistic missile.

Lassina Zerbo also told Sputnik that he may use the upcoming Moscow Nonproliferation Conference to discuss the ban on nuclear tests with North Korea. A diplomatic source told Sputnik on Tuesday that the chief of the North Korean Foreign Ministry's North America department, Choe Son Hui, was planning to attend the conference that would begin on Thursday and last through Saturday as part of a delegation of experts.

The Nobel Peace Prize-winning International Campaign to Abolish Nuclear Weapons (ICAN) can contribute to the enactment of the Comprehensive Nuclear-Test-Ban Treaty since it has drawn the attention of the entire world to the problem, Lassina Zerbo told Sputnik.

© AP Photo / Ahn Young-joon
NGOs Urge Support for UN Nuclear-Test-Ban Treaty Resolution to Tackle N Korea Nukes
Earlier in October, the Norwegian Nobel Committee awarded the Nobel Peace Prize to ICAN for its work to draw attention to the consequences of nuclear conflict, as well as for its efforts to "achieve a treaty-based prohibition of such weapons."

Zerbo noted that the Nobel committee focused on the relevant issues which required high attention, and therefore awarding Nobel Peace Prize to ICAN could send a strong message to the international community regarding the importance of nuclear disarmament and non-proliferation.

“Because [this is] what happens when you get the Nobel Prize – all the attention is on you. So because the attention is on you, it will certainly reverberate in other issues that are linked to disarmament and non-proliferation and will hopefully get the Comprehensive Nuclear-Test-Ban Treaty into force,” Zerbo said.

Russia and the future of the CTBT