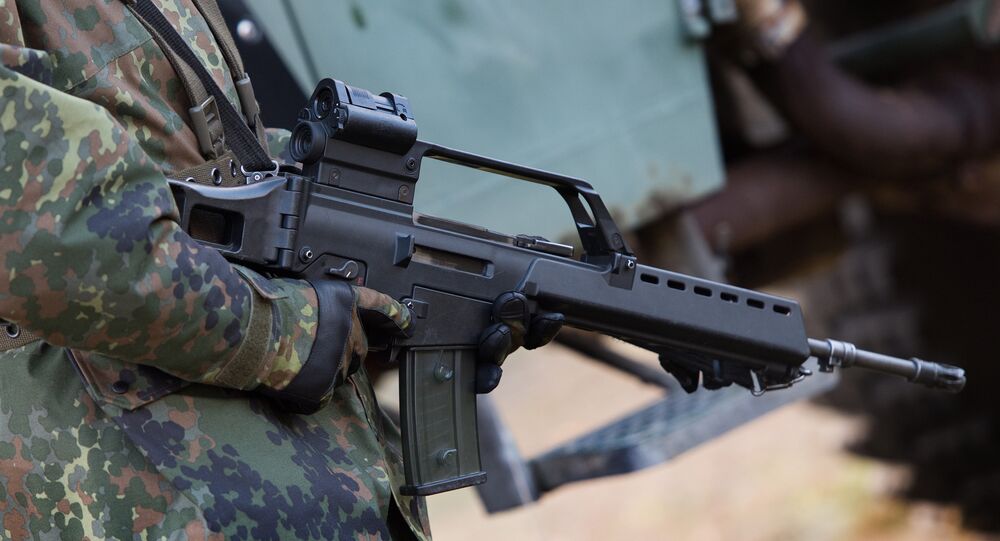 The German Defense Ministry is looking for a replacement for the obsolete G36 assault rifle for the Bundeswehr. The German government is likely to grant the bid to a domestic gunmaker, excluding US companies from the bidding. Such a policy risks sparking new tensions in the future between Berlin and Washington.

Experts suggest that Heckler & Koch (H&K), the manufacturer of the G36, will also be picked to provide the German armed forces with its replacement. The plan to replace the G36 was announced by German Defense Ministry Ursula von der Leyen in 2015.

The upcoming bid is expected to be the biggest in the recent history of the Bundeswehr, according to Jürgen Grässlin, a German arms expert and activist of the anti-violence organization Aktion Aufschrei – Stoppt den Waffenhandel ("Action Outcry – Stop the Arms Trade").

"For Heckler & Koch, this contract would be a matter of life and death. Currently, the company’s annual operating income is some 350 million euros ($410 million)," Grässlin told Sputnik Germany.

The expert suggested that the faction lobbying the interests of H&K in the armed forces would influence the final decision. If H&K get the contract the Bundeswehr is likely to receive the HK-416 A5 assault rifle as a replacement for the G36.

© AP Photo / Matthias Schrader
Conspiracy Theory or Truth? Bundeswehr 'Secretly Building a Common European Army' Under Its Control
Currently, the German Defense Ministry is reviewing the proposals under the bid, but there is one serious obstacle for gun manufacturers using US-made details in their products. The rules of the bidding exclude all products built under the International Traffic in Arms Regulations (ITAR). As all American companies make their products under ITAR standards, this means that all US companies are unable to partake in the tender.

ITAR is a regulatory regime, which controls the export of defense and military technologies to safeguard US national security. If Germany decided to use a US-made rifle, or a rifle built with US-made components, Berlin would need to obtain a permit for export and use of the weapon.

"I think that the German government doesn’t want the US or any other party to tell Berlin what to do, and at this point American interests could be concerned," Grässlin said.

Moreover, according to the expert, the German government will try to exclude from the bidding other European companies too.

"All leverage will be engaged to provide the Bundeswher with German-made weapons only," he said.

Grässlin suggested that this situation is unlikely to increase tensions between the US and Germany. However, according to him, the situation could get complicated in the future as US President Donald Trump wants to facilitate US arms exports, including under ITAR.