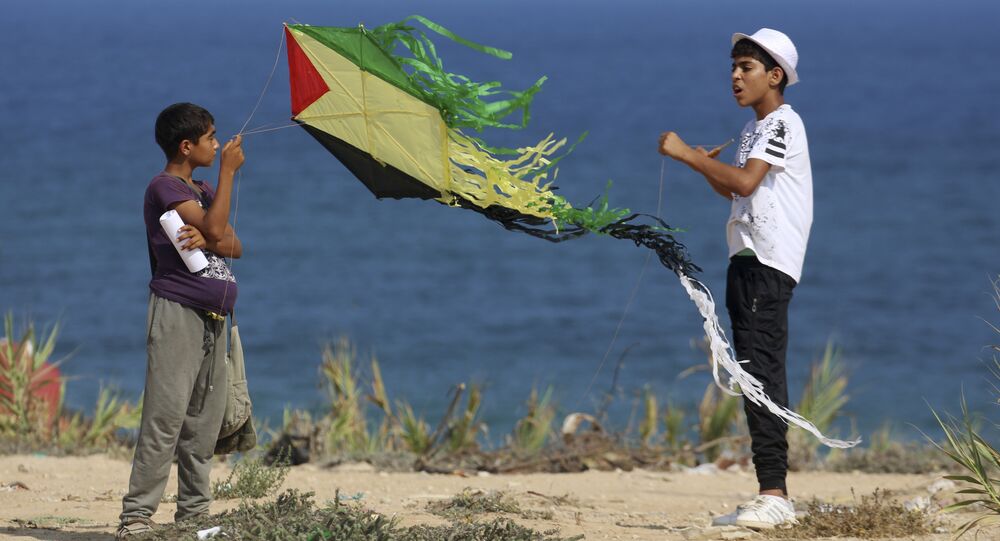 Until Gaza Is Free Israel Will Never Be Free

The abandonment of 1.8 million men, women, and children to their fate in Gaza by the so-called international community is one of the most grievous moral outrages of our time.

Let us not mince words: Gaza in 2017 is a vast open air prison whose inmates have committed no crime or transgression other than that of being Palestinians who dare assert the right to self-determination on land that has long been coveted by an oppressor whose flagrant disregard for international law and human rights is beyond dispute.

Since 2007 the Gaza Strip — comprising a narrow stretch of land which hugs the eastern Mediterranean Coast, and which at 40km long and 12km (at its widest point) is one of the most densely populated parts of the world — has existed in a state of unyielding siege and blockade. Nothing can enter or leave via its Erez border crossing with Israel to the north, or its Rafah border crossing with Egypt to the south, without the consent of the Israeli authorities in agreement with their Egyptian counterparts.

A 2017 UN report into living conditions in Gaza confirms that "on the ground, life for the average Palestinian in Gaza is getting more and more wretched. This year electricity is the most visible deterioration in the living conditions in Gaza but it comes on top of a host of other chronic and acute problems that have become part of 'normal' life. An 11-year-old child has not experienced more than 12 hours of electricity in a single day in his/her lifetime. No one remembers a time in recent memory when drinkable water reliably appeared out of the tap. Memories of ease of movement in and out of the Strip are also increasingly distant."

Meanwhile, according to a recent Amnesty International report, "Israel's military blockade of the Gaza Strip [has] entered its 10th year, continuing the collective punishment of Gaza's entire population." It also cites the fact that the Israelis maintain a "buffer zone" inside the Strip and have used "live fire and other weapons against Palestinians who entered or approached it."

Writer and journalist Max Blumenthal described his own experience of entering Gaza and passing through this buffer zone in a 2015 interview with fellow journalist Glenn Greenwald. "You wander down a long corridor, which is a cage," Blumenthal recalled, "and then you arrive at a metal door at a concrete wall. The metal door opens, it shuts behind you, and you're inside what is effectively a walled-off ghetto."

"You look down this endless wall, to your right, and you see a remote-controlled machine gun perched on the wall. That's the spot and strike system, which is operated by an all-female unit of Israeli soldiers in the Negev Desert, tens of kilometers away, by remote. And what they do is, they watch the buffer zone — this 300 [meter] area that Palestinians are forbidden from entering inside the Gaza Strip. And anyone who enters who they determine to be a 'terrorist,' they eliminate with the push of a joystick button from a remote-controlled machine gun. It's just that dystopian."

Punctuating this daily lived experience of misery for the Palestinians of Gaza are regular Israeli attacks from land, sea, and air, which are tantamount to war crimes given that due to the lack of space in the Strip they are indiscriminate and regularly result in the massacre of civilians. And this is without taking into account the two full-scale military assaults unleashed by the Israelis on Gaza — Operation Cast Lead in 2008-09, and Operation Protective Edge in 2014 — in which thousands of civilians were killed and maimed, many of them children.

The burning question is why, in the face of such damning evidence, Israel has been able to get away with committing such grievous crimes against the people of Gaza for so long? The answer is that for far too long the application and enforcement of international law has been less to do with justice and more to do with power — or a given state's relationship to power.

Israel's geostrategic importance to the United States and its European allies has allowed it free rein in its brutal repression of the Palestinian people, both in the Gaza Strip and across the Occupied Territories of the West Bank and East Jerusalem. It is afforded a level of geopolitical and diplomatic support that no other state engaged in such wanton crimes against humanity would enjoy, thus exposing the moral bankruptcy of the US and those European governments which continue to deny not only the righteousness of the Palestinian struggle for justice but their status as victims of a continuing monstrous injustice.

© AP Photo / Tsafrir Abayov
In this Sunday, March 26, 2017 photo, Palestinian residents of Gaza strip wait on the Israeli side of the Erez terminal to cross to Gaza Strip

In defending its apparatus of repression — which includes apartheid, ethnic cleansing, siege, torture, arbitrary detention without trial, and violence — the word "terrorism" is consistently invoked. When it comes to Gaza specifically, the Israelis cite the existence and actions of Hamas, which governs the Gaza Strip, as a threat to its security and the security of its citizens, specifically those living in Israeli towns adjacent to Gaza.

While there is no gainsaying the fact that attacks unleashed against Israeli civilians by Hamas are indefensible, they are not incomprehensible given the severity of the occupation. What Israel and its supporters are careful to elide when it comes to Hamas is the salient fact that the Islamist group is a product of this occupation, which has lasted since 1967 and shows no evidence of ending.

© REUTERS / Ibraheem Abu Mustafa
Palestinian protesters hurl stones at Israeli troops following a protest against the blockade on Gaza, near the border between Israel and Central Gaza Strip May 19, 2017

Prison imprisons the guards as much as it does the inmates, and the chains that bind the Palestinians also bind their oppressors. It is hard to imagine that on any given day the word "Palestine" or "Palestinian" does not intrude on the consciousness of people living in Israel, reminding them of a people who remain unbowed, despite their miserable condition, just a few miles from the affluence they themselves have long taken for granted.

Hatred of others is the handmaiden of hatred of self, and until Gaza and the rest of Palestine is free Israel will never be free.