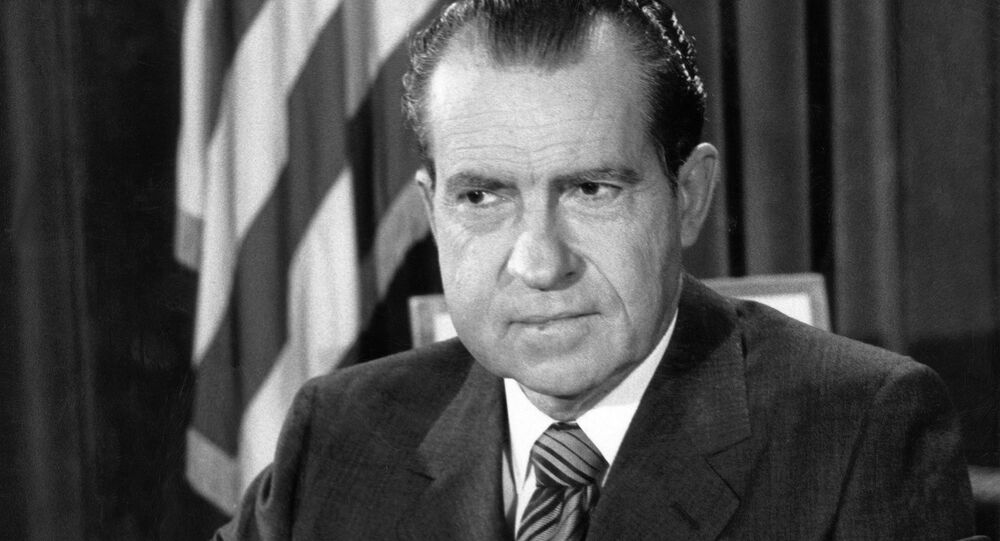 Leaks Matter: Why the UK Prime Minister Should Be Careful in Plugging Them

There has been a change of tone in Prime Minister Theresa May's style of government recently. Whereas previously Mrs. May presented herself as the competent and calm voice of strength and stability in UK politics - that facade has collapsed.

Her recent focus has been on the integrity of her government; especially with respect to the sensitive information it inevitably deals with as the government one of the world's most important and necessary countries. Of late, the PM has emphasized that leaking will not be tolerated; even pointing out that none of her ministers are "unsackable" if they do so.

Much of this is completely justified. Mrs. May's administration has suffered from its inability to prevent leaks, with some information gained by the United States authorities undermining Home Secretary Amber Rudd, a key player in May's cabinet.

Most recently, a cabinet minister caused Mrs. May further trouble after it emerged that they called some public sector words "overpaid" at the most inopportune of moments.

The Prime Minister is entirely right, in PR terms, to crack down on and attempt to plug the leaks. Her government already looks weak and confused on Brexit and in the face of an emboldened Labour Party. As much as Britain needs a government it can trust, it also needs a government whose members can trust one another in confidence. Now is the time for Mrs. May to show the toughness as Prime Minister that she showed during her time at the Home Office.

An effort to stop leaking is in the interest of Her Majesty's Government in general. Sensitive, secret, or classified information being released to the public always reflects badly on any government and Britain in 2017 is no different. However, as bad as it may be for the sitting government; it's not always bad for everyone — while it obviously can be. Sometimes leaking is good, sometimes it's high beneficial, and sometimes it's absolutely essential.

In 1972, a break-in occurred at an office complex in Washington D.C. that was serving as the headquarters of the Democratic National Committee. On the surface, it appeared to be a rather mundane and straightforward burglary in what was a prominent building… but nothing more than that. However, due to the diligent work of the FBI, CIA, and IRS and others involved — more became apparent.

It turned out that there were links between the burglars and a slush fund used by the "Committee for the Re-Election of the President." By further unpicking the tapestry of corruption involved, it later emerged that then President Richard Nixon had been involved. The entire saga goes by the name of ‘The Watergate Scandal' and it eventually led to the resignation of President Nixon, before he was impeached by the House of Representatives.

© AFP 2020 / AFP FILES
File photo dated 09 August 1974 of the 37th President of the United States, Richard Nixon, as he bids farewell to the White House staff.

Watergate brought down "Tricky-Dicky" Nixon, many will say rightfully, and could not have happened if it wasn't for leaking, most notably by the man known as "Deep-Throat"; who was revealed by Vanity Fair, as late as 2005, to have been Mark Felt, the FBI's Associate Director at the time of the scandal.

Felt, under his pseudonym, helped to bring about the end of a corrupt administration, regardless of its impact on relations with China, and helped prompt a renewed appetite for honesty in American politics.

But that's all in the past right? That happened in an analogue age with single-digit television channels, telephones connected to walls, and no internet to speak of and isn't relevant anymore?

When former-CIA computer professional Edward Snowden published the information he had it became known that the British government had been running a secret and invasive computer security program called Tempora.

When the light was shone on it, it turned out that this system was illegal, albeit that the tribunal deciding so was held entirely in secret.

By leaking, and encountering accusations of treachery for his trouble, Snowden made the British people aware of the extent to which they were being monitored.

Regardless of what you think of the morality of being monitored and checked-up upon, the people of the UK ought to know if they are being spied upon. To suggest otherwise is to parrot the paternalism of a different century.

Towards the end of the excellent, must-watch, BBC TV program The Thick of It, the Machiavellian spin-doctor Malcolm Tucker (still Doctor Who actor Peter Capaldi's best work to date) turns to his underling and asks:

"Do you know what happens if a government can't leak? Dark s*** builds up. And then… it bursts!"

​In this, as in so many of the observations made in that brilliant show, there's a kernel of truth in this joke.

Leaking allows politicians, government officials, civil servants, and others to do what they think is right and communicate information that the public may want or need to know behind the back of a government that would prefer they didn't. The relationship also runs the other way; it empowers the media. If the newspapers, TV, radio, and online media have access to individuals who possess sensitive information that is of public interest then it very much reinforces the role of the press as the fourth estate, and makes it far easier for them to speak truth to those in power.

If government officials are constantly in fear that secretive information or details of their underhand dealings could appear on the front pages of the newspapers the next day then they are less inclined to misbehave and will retain their correct position with regard to the media, as Peter Hitchens puts it, which is the same relationship that a lamppost has with a dog. It's important to say that every case must be taken on its own merits. The leaking of data that puts lives at risk, is needlessly slanderous, or has no public utility is still to be discouraged and, in a common sense society such as Britain, generally is.

However, we should be very careful in wishing away the culture of leaking and be skeptical of the reasons our politicians, even our PM, have for stamping down on it. We will be told that it is for our own security, safety, and privacy but, as whenever those particular factors are given as reasons to do something, we should ask ourselves what the real reason is.

Politicians are an unruly lot, if you take away the threat of public ritualistic humiliation in the media then, much like taking away the threat of losing their seat, they will soon begin taking liberties. Only by keeping the threat of something ice cold dripping, from a leak, on their necks can we keep them in their role as public servants and not rulers.