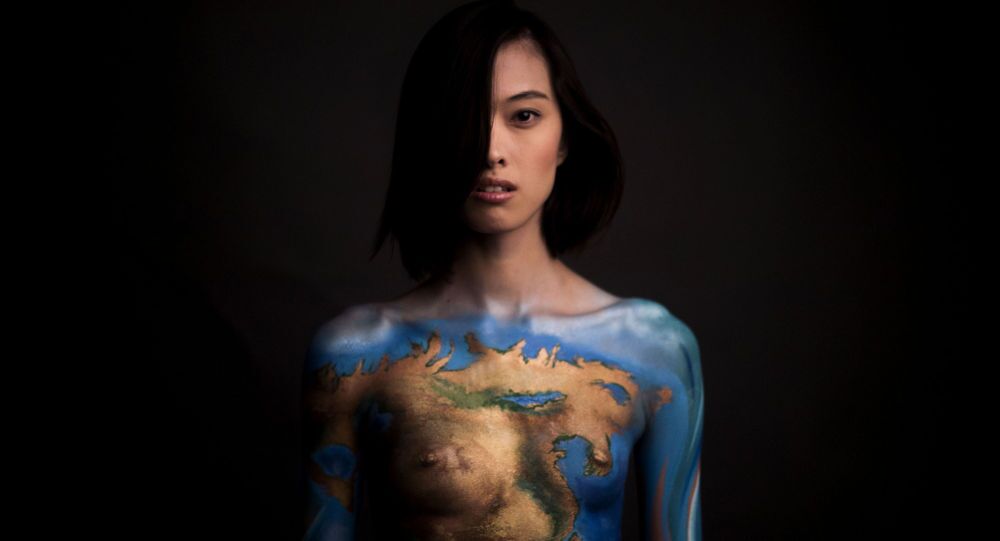 North Korea keeps testing ballistic missiles, diplomatic disputes over territorial claims in the South China continue to erupt and Japan is moving ahead to rebuild its military forces. Does this mean war in the Asia-Pacific is imminent? Tom McGregor takes a closer look.

War psychology can be boiled down to a basic equation between aggressor and defender. A sovereign government seeking to seize land or power beyond its borders must convince the citizenry that this is good for the country. Hence, aggressor soldiers would be motivated to kill or be killed under the belief a patriotic duty compels them.

© AP Photo / Ahn Young-joon
N Korea Blasts US Over ICBM Interception Test, Claims It Shows 'Preparation for Nuke War at Final Stage'
Meanwhile, the defenders facing occupation must fight for their land, or if overwhelmed, enlist allied nations to launch counter-attacks. The defender is more motivated to die for his country, when he believes defeat would result in the death or torture of his families and friends at home.

With a strong defense or successful counter-attack, the aggressor army is weakened and may conclude the fight is no longer worth dying for, forcing them to retreat.

Therefore, one can conclude that we should not anticipate any major wars in the Asia-Pacific region coming soon, unless an aggressor nation starts firing bullets and that appears unlikely.

Barking not biting is preferred option

In media reports, you hear about North Korea’s test-firing ballistic missiles, while neighboring Asian nations are engaged in diplomat spats over territorial claims in the South China Sea, along with rumblings over Japan allegedly re-militarizing its country.

With one miss-step, World War III could erupt. But there’s a common denominator in play, most countries value their lives and no power player wants to be perceived as the aggressor, which also includes Pyongyang.

But nobody wants to look soft either, since that exposes weakness to the international community. In order to look strong but avoid bloodshed, one must talk tough, however with all sides agreeing behind-the-scenes not to fight.

Bluster the diplomacy is the art of a sovereign government looking strong in the citizens eyes, while supporting peace in back-door diplomacy. Accordingly, media outlets are encouraged to post stories about rival nations preparing for an imminent war.

War weapons manufacturers can profit big-time from the alarmist but fake news stories, while citizens cheer the increasing firepower of their homeland.

Yet, inciting rumors of war do not always succeed. Just think about the “Boy Who Cried Wolf” story. War talk turns into meaningless threats and soon ignored by the public, so other methods of sparking public anger are required.

Here’s where diplomatic disputes come in handy. One nation issues an insult against another or makes false territorial claims to spur protests in rival countries that in return spawn nationalist counter-protests from the country that first insulted the other.

Japan appears to be the master manipulator of this game in the Asia-Pacific region.

Shouting for territories at sea for home audiences

The hot topic for territorial claims lies in the South China Sea, since historically China has long claimed larges swathes of the sea as its own.

The disputes strike a nerve, since Vietnam, the island of Taiwan and the Philippines are connected. Countries that are resistant to China’s diplomatic and economic rise in the Asia-Pacific can create frictions from outside.

© AFP 2020 / THOMAS PETER
This is What Philippines Chooses Between Peace With China, Territorial Claims in S China Sea
The problem gets thorny, when sovereign governments refuse to support bilateral talks and enroll an international court, the Hague, to issue a final judgment on such cases.

Last year, before Roderigo Duterte was elected president of the Philippines, the international tribunal court at the Hague ruled in favor of Manila’s territorial boundary claims in the South China Sea.

Consequently, Beijing refused to recognize the court’s decision or agree to third-party arbitration. But why should they? The UN dispute should be delegated and resolved only with parties directly involved.

Pyongyang belligerence as a side show

Additionally, many experts believe if any nation launches war in Asia, North Korea would be the likely candidate. Pyongyang is testing developing its nuclear weapons capacity without fear of retribution.

Pyongyang does not intend to lead an aggressor army to war. If they wanted to do so, they would have engaged in such actions already.

North Korea would be destroyed and the leadership circles in Pyongyang know that most of all. To maintain its grip on power, they must depict themselves as the aggrieved nation unfairly punished by South Korea, Japan and the US.

Apparently, many North Koreans continue to believe in such notions.

Fear of death to keep peace

The economic emergence of Asian markets has ushered in regional peace. As nations grow richer, its citizens prefer luxuries and comforts.

© AP Photo / Xinhua, Li Tang
Asia-Pacific Tensions Threaten to Spiral Into War
The Chinese, Japanese, South Koreans and the people of Southeast Asia have witnessed an economic boom for the ages. To risk losing everything on wars, seems unnecessary, but armies must build up their armaments to protect from unexpected invasions.

Bluster diplomacy seems to be the right solution and so long as the barking never turns into real biting, we can expect peace in the Asia-Pacific for the foreseeable future.