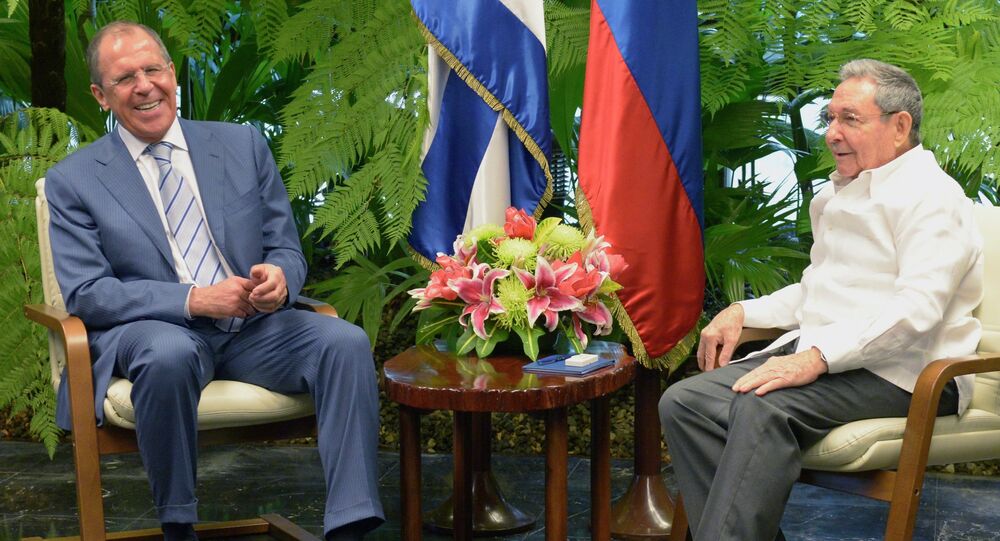 Any move by Moscow to reintroduce military forces to Cuba could be seen as a response to increasingly provocative US military deployments and exercises close to Russia, especially in the Baltic region, US analysts told Sputnik.

WASHINGTON (Sputnik) — On Friday, Russia’s State Secretary and Deputy Defense Minister Nikolay Pankov said that the Russian Defense Ministry is investigating the possibility of returning to Cuba and Vietnam.

Steinberg noted that Russia and Vietnam had retained close diplomatic and military ties.

© Wikipedia
Russian Defense Ministry Eyes Return to Cuba, Vietnam - Deputy Minister
In November 2014, the two countries signed a new agreement to improve access for the use of the Cam Ranh Bay base by the Russian Navy.

Retired US Army Major Todd Pierce predicted that American political hawks would seek to use any renewed or continuing Russian military presence in Cuba or Vietnam as a justification for increased confrontation with Moscow.

“We then could point to the Russians as acting like the old Soviet Union and planning aggression against us, for our domestic audience, and deflect attention from our own acts of provocation over the last two decades, especially the last couple of years,” he explained.

The Russians were reacting to US provocations and threatening moves against themselves and other countries, but they would be falsely presented as carrying out acts of aggression or provocation themselves by US militarists, Pierce predicted.

“They can quite accurately point out that they are being made the victims of our aggression, and are only acting in defense,” he said.

However, Russian statements threatening to renew military ties to Cuba and Vietnam would work to the benefit of US militarists as they could then accuse the Russians as being aggressors, Pierce predicted.