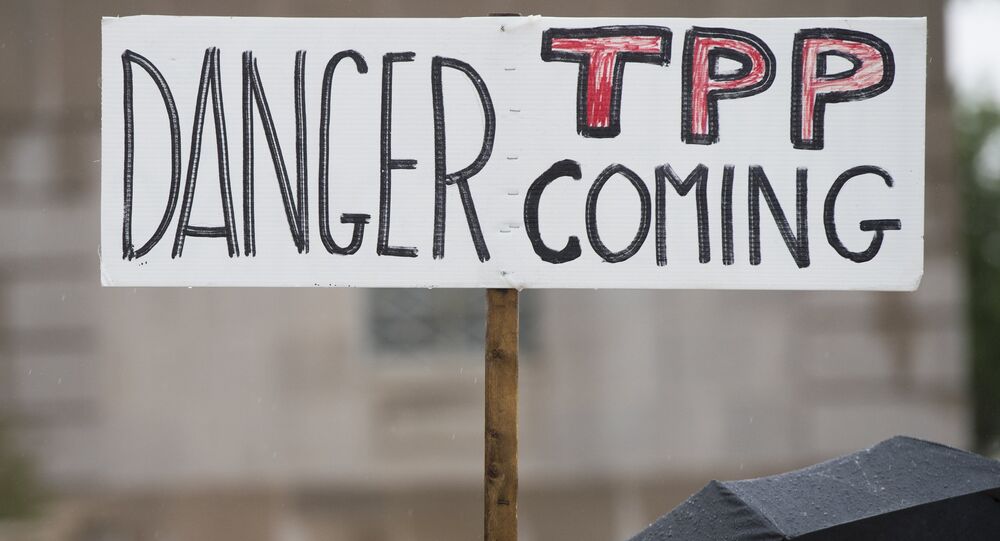 © Flickr / clurross
US, China & TPP: 'As Much About Power in Asia as It Is About Free Trade'
WASHINGTON (Sputnik) — The agreement will open new markets for US exporters in a number of key sectors, including chemicals, consumer goods, services and transportation, Pritzker said.

Earlier on Thursday, the government of New Zealand published the text of the secretive TPP free trade agreement for the first time after years of closed-door negotiations.

On October 5, the 12 countries of the Pacific Rim region reached an agreement on the wording and subject matter of the TPP free trade deal, which is intended to deregulate trade among the signatory countries. The TPP signatory countries constitute 40 percent of the world economy.

Pritzker maintained that the TPP deal reflects the highest standards on the environment, labor and the digital economy ever to be included in a trade agreement.

"[The agreement] will ensure that our businesses and workers can compete on a level playing field globally," she pointed out.

Pritzker also noted that Americans will soon begin to see the merits of the agreement for the US economy.

"Our negotiators did a great job for the American people, and with these reports, our businesses and workers will understand the significant opportunities for economic growth and job creation that will result from the TPP," Pritzker concluded.

On Thursday, US advocacy group Friends of the Earth said in a release that the TPP trade agreement will allow businesses to hold governments legally accountable if the deal’s environmental regulations get in the way of profits.