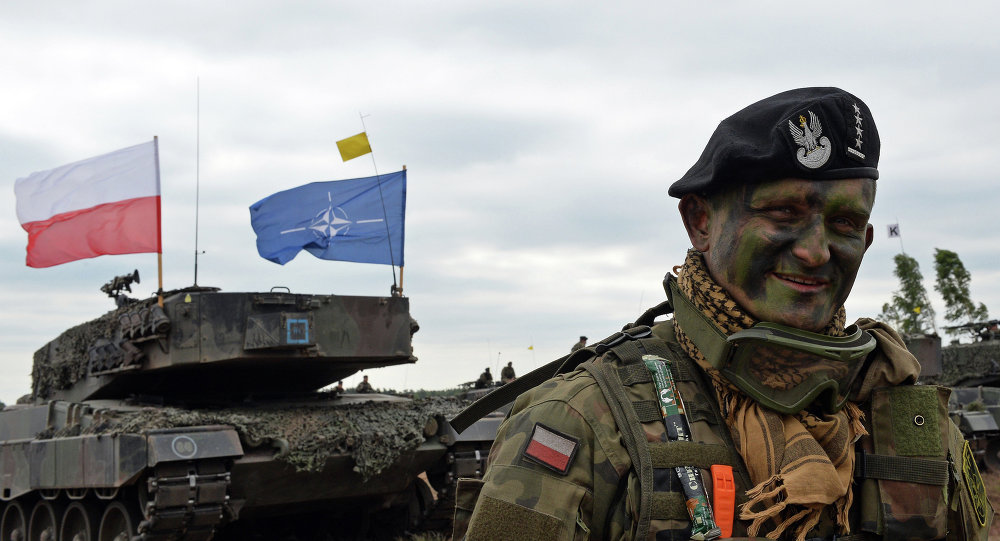 In a recent article for news magazine Przeglad, respected Jagiellonian University political science professor Bronislaw Lagowski explained the reasoning, both political and psychological, behind the Polish government's aspirations to station US bases on Polish soil.

© AP Photo / Alik Keplicz
Poland Stations More Foreign Soldiers Now Than During Cold War
In the article, entitled 'Base-o-Mania', Lagowski explained that over the past decade or so, he has "noticed that one of the most important goals of Polish diplomacy has been to obtain US military bases –or at least one, which would be large and permanent. The types of weapons held there are secondary; the main thing is that it contains real live American soldiers."

Noting that the country's government found it difficult to explain why such bases were important before the onset of the crisis in Ukraine, the expert sarcastically commented that "since Crimea joined Russia, no explanation is needed, because everything is clear: Russia may want us to join them. This is followed by a description of the situation in the world, from which it follows that Crimea and Donbass are only the beginning of the Kremlin's plans for the conquest of Europe."

Citing an excerpt from a recent article in popular Polish daily newspaper Rzeczpospolita, which warned that "the West should be prepared for any scenario…in order to prevent Russia from redrawing the map of the world" and to "subjugate" the former Soviet Union and Eastern Europe, Lagowski explained that "such ideas in various stylistic variations overwhelm Polish media and can be heard at political science conferences."

"Naturally, Moscow seeks to preserve its influence over neighboring countries, and out of this Polish experts on the 'eastern question' conclude that Russia wants to conquer Poland, Europe and the world," the expert sardonically added.

Asking rhetorically whether the Polish political class's desire to install US bases on their territory might "have other reasons and motives than this nonsense," Lagowski noted that whatever else the reasons may be, they are not about preserving the country's independence.

"Military bases of a powerful foreign power (whether they are imposed on us, or are set up in response to our government's request) cannot serve as a demonstration of our independence. On the contrary, in this case, they show that we are incapable of being independent." The expert highlights this fact with a hint of sorrow, noting that "in Poland, independence occupies the highest rung in the hierarchy of patriotic values," with the entirety of Poland's "national history, in all its aspects (cultural, economic, ethical and even religious) seen through the prism of independence. And now, when we finally found this independence, efforts are being made to limit it." 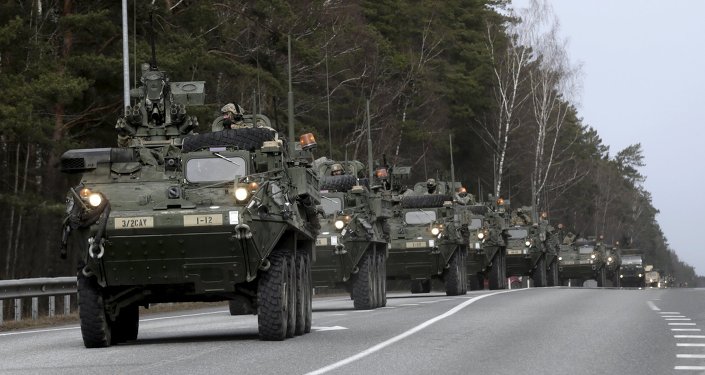 © REUTERS / Ints Kalnins
US Arms Warehouses in Poland Will Escalate Tensions - Vice Admiral
Constituting Poland's status as a US dependency, Lagowski notes the he is "not afraid of dependence on the US. America is far away, and Washington's methods of control over dependent peoples is designed in such a way that it does not interfere in absolutely every sphere, while firmly and effectively controlling the strategic points, which may not even be noticeable to most. This differs from the Russian style of management, which aims to guide the little things, and as a result becomes burdensome. In countries experiencing some sort of problem there is a popular joke: 'What should we do? Let's declare war on the Americans and lose.'"

What concerns the expert is the Polish government's reflexive "decision to invite American bases without thinking about our position –without weighing all the pros and cons of the situation." Lagowski explains that the 'instinctual' psychological reasoning at the base of Poland's inferiority complex regarding US bases stems from the idea that being a part of the Western, 'Free World' requires with it the presence of American military bases.

"Let's recall how it all began. There was a democratic and capitalist Free World in which there were American bases. Poles were deeply convinced that they too have a place in the Free World. It can be said that they naturally accepted the existing institutions and principles, dividing themselves into a plurality of political parties, introducing relatively fair elections, abolishing censorship of the old type, giving the army a civilian defense minister, equalizing the amount of money in circulation with the value of goods sold, which quickly filled the shelves, and (absolutely correctly) began to copy many other features of the countries of the Free World. Despite this, Poles felt that something was missing; for them, democratic countries were associated with American army bases, and until such bases exist on our soil, Poles feel that their country is considered second class. And we Poles don't really like being second class."

© Sputnik / Stringer
Vietnam War Revisited? US Tries to Repeat Old Scenario in Ukraine - Polish Media
According to the professor, while "the source of Polish 'base-o-mania' is irrational, the result is entirely rational. The Americans have their own conception of how to deal with Russia, to keep Moscow in a state of strategic weakness: their method (which they do not hide) lies in part in the surrounding of this regional power with military bases, so that it doesn't become a supra-regional power. At this intersection, the strategic interests of the Americans and the base-o-mania of the Polish leadership converge."

Commenting on the dangers of the high levels of "nonsense, absurdity and lies" in Poland's "linguistic, rhetorical and propagandistic plane," Lagowski warns that Polish society must come to its senses and lift itself up from the low levels to which the country's political culture has been allowed to sink, lest a politician with charisma and vague promises come to power and threatens the country's democratic institutions.