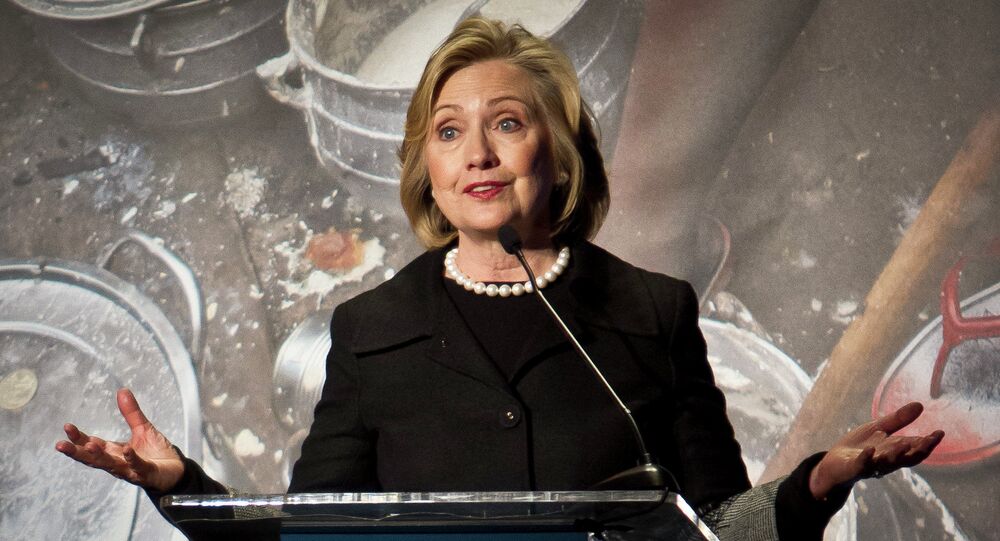 © Sputnik
Clinton Stands With Corporations Pushing GMOs on Iowa Farmers - NGO
Larimer concluded, however, that GMO is an issue that the people in the US state of Iowa take very seriously, because it is a cultural export and impacts the agricultural economy, which may cause some divide generally on how they see Clinton.

On Monday, Clinton was called the “Bride of Frankenfood” by liberal Democrats in Iowa for her support of GMOs and the agribusiness company Monsanto.

Harvard College Public Policy Lecturer Richard Parker told Sputnik on Monday that the GMO issue is a concern for the progressive wing of the US Democratic Party, which has already made up their minds about Clinton.

“The GMO issue is an issue within the left wing, progressive wing of the Democratic Party,” Parker said. “That wing is opposed to Clinton’s nomination.”

Parker explains that the GMO issue in addition to other issues brought up Clinton has to deal with are part of the early stage of the 2016 election process, where the press, elites, and donors are testing candidates for different political party nominations.

“When talking about support in an abstract sense, it isn’t surprising she’s supporting GMOs,” Parker said. “The question is this one more way to erode support for her?”

© REUTERS / Lucas Jackson
Locals in Western Sahara Outraged at Clinton Foundation
Parker said that Clinton will recover from the GMO fiasco, but wonders whether a candidate will rise to challenge her on GMOs, the Benghazi scandal and the Clinton Foundation wrongdoing.

“There will have to be candidates like [Martin] O’Malley and [Bernie] Sanders that will create a coalition of these narrow issues to challenge her,” Parker concluded. “They will have to create a narrative of why they are a better candidate."