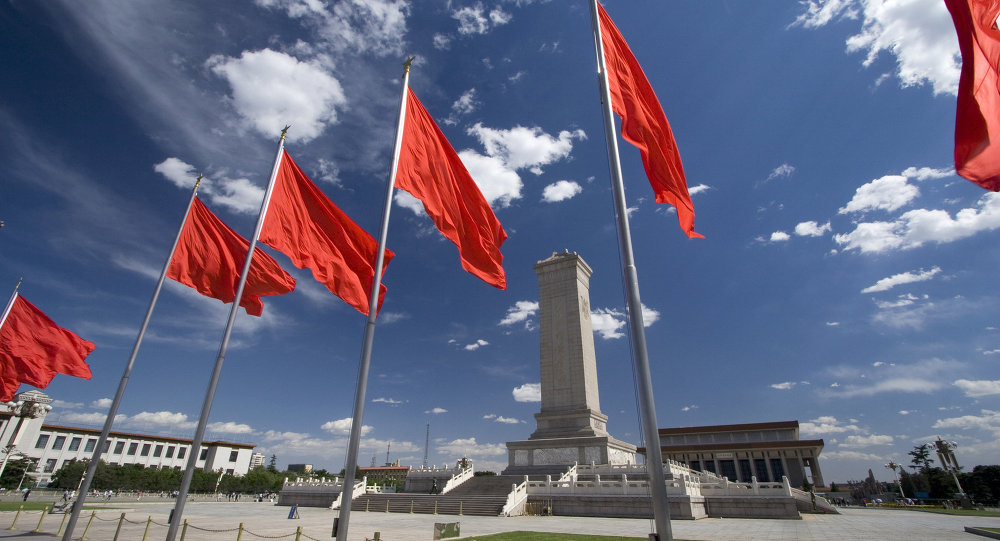 The United States and China could be plunged into a war for geopolitical influence, Jared McKinney warns, adding that Washington should adopt a give-and-take approach in its relationship with Beijing.

The United States wants to keep its dominant geopolitical position at all costs, ignoring the fact that the world is changing rapidly and new powerful global players are emerging; America's unwillingness to take China's interests into consideration may lead to a direct confrontation between the powers, noted Jared McKinney, an expert from the Peking University and the London School of Economics.

"The US – or more precisely, large political blocs within the US – doesn't actually want to share a stake of its power with China: It likes the division of world power the way it is and sees no reason to allow any change. China is rising. Rather than adjust structures and relationships to this reality, it is nicer to pretend nothing needs to change."

American congressmen expressed their deep concerns regarding the proposed scheme of international financial cooperation, saying that it would facilitate China's growth while US influence would be diminished.

However, this "argument is prima facie spurious, as America would still remain the only member state with veto powers," the expert elaborated.

Although its bid for integration was dismissed, Beijing kept a cool head and began creating its own parallel financial system: in 2014 the country together with other BRICS nations launched their $100 billion New Development Bank and the Asian Infrastructure Investment Bank (AIIB).

In light of this a direct confrontation between the two global powers does not seem improbable, Mr. McKinney noted. He cited Dr. Christopher Coker, an expert in international relations, who said that a war between China and the US "is not inevitable, but nor is it as improbable as many experts suggest."

"The precondition of a Sino-American war is most likely to be the rivalry between a dominant power and one that seeks to take its place; the precipitant, China’s attempts to undermine the relationship between the U.S. and its allies/client states; but the trigger could well be naval spats, bullying that goes too far," Dr. Coker stressed as quoted by Jared McKinney.

© AP Photo / Charles Dharapak
Global Trade Rules Should Be Written by US, Not China – Obama
Obsessed with the idea of its supremacy, Washington prefers not to consider China as its equal and rejects Beijing's proposal to create a "new model of major country relations."

Thus far, Washington and Beijing currently have a 50/50 chance of avoiding war, the experts believe. It is time for the United States to realize that "the status quo cannot be enshrined as holy" and to build a new consensus with China, "stepping off the road to war and onto the road to peace," Jared McKinney emphasized.

Alas, it seems the US leadership persists in its refusal to adopt a give-and-take approach:

"When 95% of our potential customers live abroad, we must be sure that we are writing the rules for the global economy, not a country like China," US President Obama claimed in his recent message to Congress.