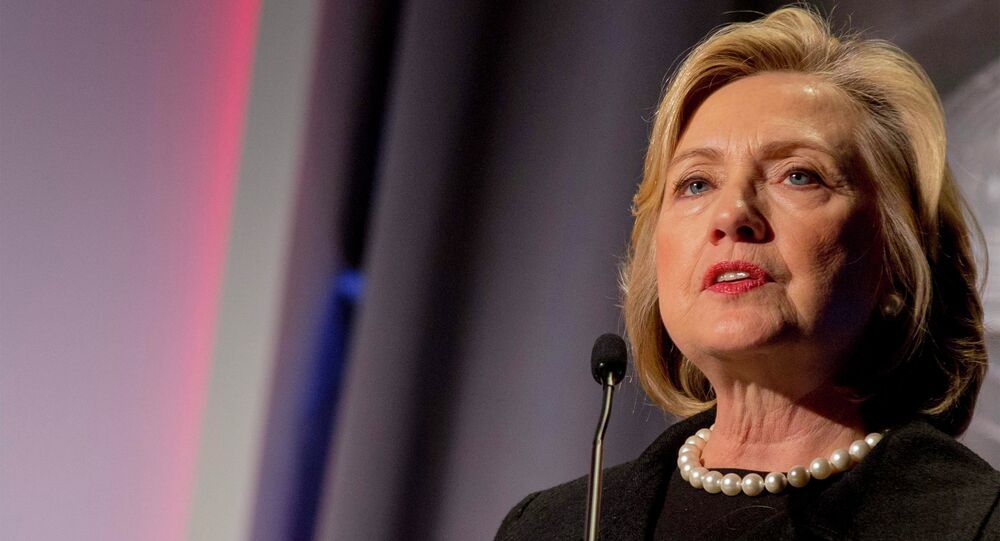 Experts claim that Hillary Clinton will likely pursue a two-state solution to the Israeli-Palestinian conflict, but domestic constraints will stand in the way of achieving that goal.

WASHINGTON (Sputnik) — US Democratic presidential candidate Hillary Clinton will likely pursue a two-state solution to the Israeli-Palestinian conflict, but domestic constraints will stand in the way of achieving that goal, experts told Sputnik.

“She [Hillary Clinton] has probably learned from mistakes of the current Administration in her public stance about Israel,” Syracuse University Professor of Statecraft and Public Diplomacy Michael Schneider told Sputnik on Monday.

On Sunday, Clinton announced in an online video that she would be running for the US presidency for a second time, after much speculation in the US media about Clinton’s 2016 ambitions.

“But [she] will not likely abandon the two-state policy of recent US administrations,” Schneider explained. “ Her challenge will be to move Israeli politics toward serious efforts to create a Palestinian state once again and to constrain settlement expansion to that already conceded to be in Israel once boundaries are drawn.”

The West Bank, occupied by Israel following the 1967 Six-Day War, is an area disputed between the governments of Palestine and Israel.

© AFP 2021 / Nicholas KAMM
US Evaluates Cooperation With Israel Only on Two-State Solution - Psaki
Since 1967, Israel has built numerous settlements and recently announced new construction plans despite condemnation by Palestinian authorities and some members of the international community.

US President Barack Obama responded to Netanyahu’s misspeak in March 2015 as saying that in public diplomacy you cannot “pretend that there’s a possibility of something that’s not there,” and on “something that everybody knows is not going to happen at least in the next several years.”

Center for International Policy Senior Fellow Harry Blaney III told Sputnik that although Clinton will likely reengage with Israel ensuring a two-state solution to the Israeli-Palestinian conflict although domestic challenges will likely stand in her way.

“She [Clinton] will try, despite the odds, to get some traction going towards a two state peace deal but the domestic constraints will be very serious given the current debate now on the approach to the Middle East,” Blaney said.

Would you vote for Hillary Clinton for president?
Voted: 2032
All polls
Clinton’s move into the presidential run comes as Iran and P5+1 international negotiators from the United States, France China, Russia and the United Kingdom plus Germany, agreed on a framework for a final agreement to ensure the peaceful nature of Iran's nuclear program.

Netanyahu, along with many US Republican lawmakers, is a staunch opponent of any nuclear deal with Iran.

The political framework agreement involves the phasing out of existing sanctions against Iran over time. The comprehensive deal itself is expected to be reached by July 2015.

Blaney added that if a successful deal is reached, and the Iranians uphold the deal, Clinton will likely support it.