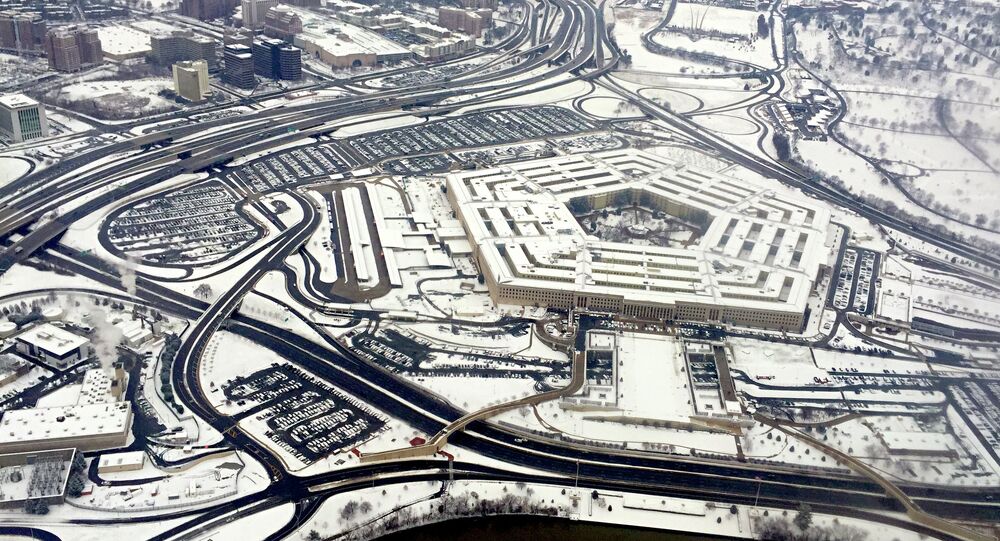 "It is increasingly difficult to argue that the unchanging US force structure over this two-decade period of rapid change is a smart "all-weather" portfolio of capabilities, well-suited for the challenges of both 2001 and 2019. Instead, adversary adaptations have undercut the value of significant portions of the US force structure," the former officer claimed.

Referring to the document "The 2014 Quadrennial Defense Review" the expert pointed out that the Pentagon's planned combat force for 2019 is strikingly similar to the force structure of 2001.

© CC BY 2.0 / DVIDSHUB / Filling in the gaps: ‘America’s Battalion’ begins final pre-deployment training exercise
Illegal Immigrants in US Army is 'Trojan Horse' in Town - Advocacy Group
The unchanged force structure does not satisfy the needs of modern warfare and has already resulted in expensive overstocking of many assets.
According to Robert Haddick, China and Russia, America's potential adversaries, have outstripped the United States, by developing new types of weaponry and improving their capabilities in hybrid warfare.

The US's geopolitical rivals have grasped an opportunity to exploit design problems of US military forces, their operational limitations and outdated concepts, the expert underscored.

© AP Photo / Leslie Pratt, US Air Force
US Air Force Demonstrates Reaper Drone Strike Capability
One of the most important challenges the Pentagon has faced is the development of long range precision anti-ship and land-attack missiles, as well as command networks managing them, by China and America's other potential rivals.

"For decades, US policymakers and commanders have assumed that they would have access to bases on the periphery of Eurasia and that those bases and naval task forces would be largely free to project power at will," Robert Haddick emphasized, bemoaning the fact that such an ambitious task has yet to be accomplished.

The former US Marine Corps officer noted that "breaking through institutional barriers" to much anticipated reform of the American armed forces will require the next president of the United States to work closely with Congressional and Pentagon officials.

The American policymakers should truly understand that the 21th century creates the need for new defense capabilities, the expert stressed.

Change the Jet, Change the Game: Future Wars to Focus on Long-Range Bombers