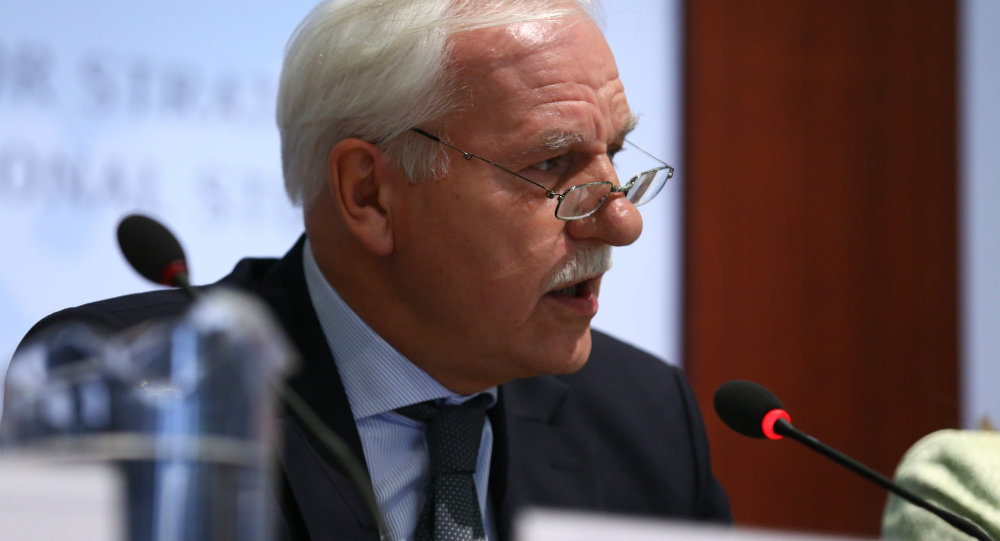 Former Polish Foreign Minister Andrzej Olechowski told Polish television Wednesday that Russia is not preparing for war over Ukraine, and that if it were, all Poles can do is to pack their bags and run to Australia. He added that in his view, arming Ukraine is a mistake, and noted that the West's present strategy on Russia is akin to insanity.

© AP Photo / Alik Keplicz
Polish Politician Says He Understands Putin, Accuses US of Warmongering
In an interview for Poland's TVN24 on Wednesday, Former Polish Foreign Minister Andrzej Olechowski noted that Russia is not preparing for war over Ukraine, adding that if they were, all Poles could do is "pack up our bags and fly away to Australia."

“We presume that the Russians are not suicidal, that they don’t want an open war. This assumption could be completely false of course. [But] if Russians are ready and eager for war, all we can do is pack up our bags and fly away to Australia. I don’t think they [want war],” Olechowski noted.

The former Foreign Minister also noted that in his view, sending weapons to Ukraine is a mistake. "Today we would like to see a demarcation line emerge. Will supplying weapons help us to achieve this? The delivery of weapons is a path to war."

© AFP 2019 / PAP/PAWEL SUPERNAK
Polish Deputy PM Frustrated With Ukraine's Elite, Fears Economic Collapse
Asked about the reason for the lack of unity within the European Union over its strategy in relation to Russia, Olechowski noted that "we are intellectually incapable of coming up with a good strategy, because we do not have any outstanding political leaders." The former ministry noted that at present "the strategy of the West looks idiotic, because repeating the same moves and expecting different results is a sign of insanity."

Poland has shown steadfast support for Washington in Ukraine following the Maidan coup last February. However, some Polish officials and politicians have recently begun to criticize the idea of blindly supporting Kiev and Washington's plans in the region. Last week, Polish Deputy Prime Minister Janusz Piechocinski told Reuters that he was frustrated and disappointed over the new Ukrainian elite's failure to build a stable political system, adding that the country's impending economic collapse risks creating a flood of hundreds of thousands of Ukrainian refugees to Poland.

© REUTERS / Kacper Pempel
Polish Military to Instruct Ukrainian Troops Under NATO Program
Candidates from the left to the right of the political spectrum in the upcoming May presidential elections have stepped out in favor of working to improve relations with Russia. Democratic Left Alliance candidate Magdalena Ogorek made headlines last month by noting that she "would not be afraid" to "pick up the phone" to talk to Russian officials on improving relations. Earlier this month, libertarian Congress of the New Right party head Jacek Wilk told Sputnik that he too would seek to improve relations with Russia in the event that he was elected to office. Meanwhile Adam Jurabas, candidate from the political heavyweight Polish People's Party, was criticized recently for being soft on Russia, after noting that Poland's anti-Russian stance over Ukraine has not brought the country any meaningful political leverage, resulting only in economic losses caused by the war of economic sanctions and countersanctions.