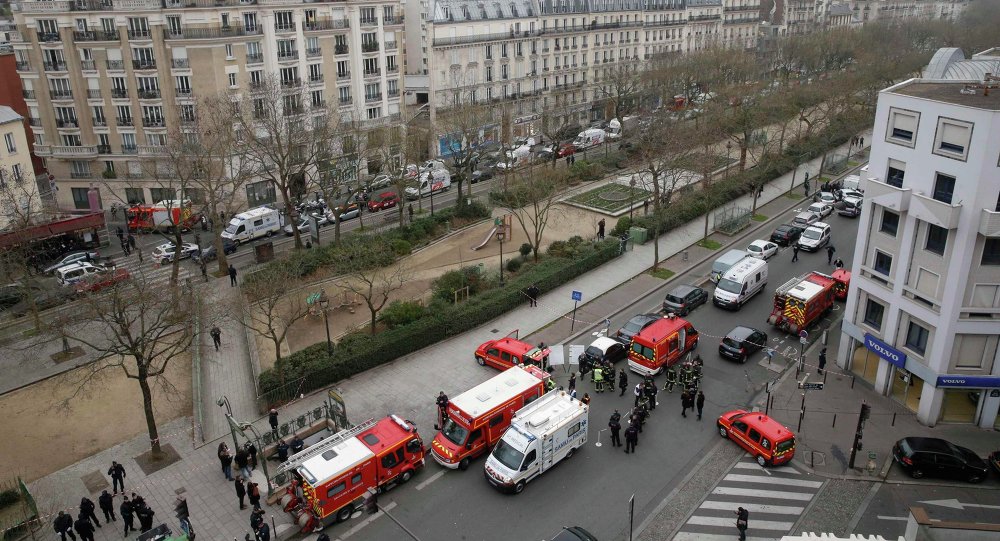 The brutal terrorist attack on the offices of French satirical newspaper Chalie Hebdo has led to questions about what could possibly motivate the radicalized attackers to perpetrate such a brutal crime. Amid the chaos and tragedy, Sputnik searches for answers.

MOSCOW, January 7 (Sputnik) - In a shooting incident in Paris on Wednesday, which has now been described by French President Francois Hollande as a terrorist attack, at least 12 people were killed, including the editor-in-chief of the French satirical newspaper Charlie Hebdo and three of his top cartoonists. With the attackers reported to have targeted the publication and its writers directly, shouting "we have avenged the Prophet" in the aftermath of the brutal attack, Sputnik tries to find answers to what could have motivated these radicalized Islamists to undertake such a heinous crime.

Charlie Hedbo, translated into English as Charlie Weekly, is a small French newspaper with a circulation of about 50,000 featuring satirical and biting commentary on the news, attacking just about everything and everyone from politicians and big business to religion, feminism, and everything in between, challenging the status quo wherever it may stand. The BBC's Hugh Schofield explained that the paper "is part of a venerable tradition in French journalism going back to the scandal sheets that denounced Marie-Antoinette in the run-up to the French Revolution," featuring "a provocative scurrility that often borders on the obscene." The paper has never shied away from lampooning Islam, which has led to several court cases, death threats and a firebombing of its offices in years past. 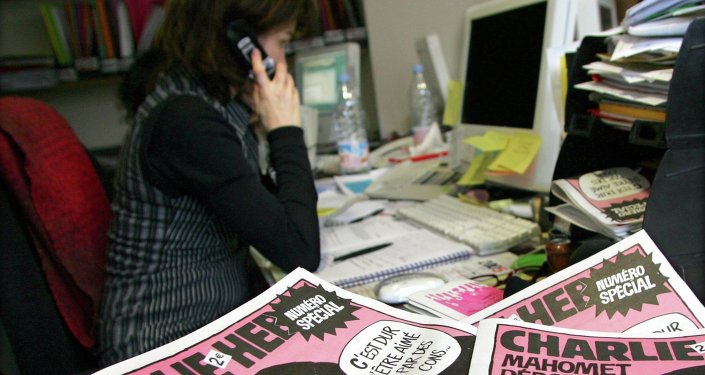 © REUTERS / Regis Duvignau/Files
Charlie Hebdo Attack Revenge for Magazine's Anti-Jihadist Cartoons
In February 2014, a French Muslim group known as the League of Judicial Defense of Muslims attempted to sue the group for "blasphemy" over a series of images from the paper, including a July 2013 edition of the magazine featuring a Muslim being shot multiple times through a copy of the Koran, with statements written on the cover noting that "the Koran is [expletive]," and is "not capable of stopping bullets."

In 2013, editor-in-chief Stephane Charbonnier was featured in an Al-Qaeda publication on a list of nine men the movement wanted murdered "for crimes against Islam," and revealed that he had been placed under police protection, which also included round-the-clock surveillance of the newspaper's office in Paris.

In November 2011, the magazine's office was firebombed in an early morning attack, presumably over a special "Sharia Hebdo" edition of the paper featuring the Prophet Mohammed as special guest editor and with a cover cartoon image of the Prophet with a speech bubble saying "100 Lashes If You're Not Dying of Laughter."

In 2007, Muslims angered over the paper's republishing a Danish cartoon featuring the Prophet with a bomb-shaped turban took the paper to court over allegedly racist and insulting content. The court ultimately threw out the case.

Satirists Refuse to Yield to Pressure 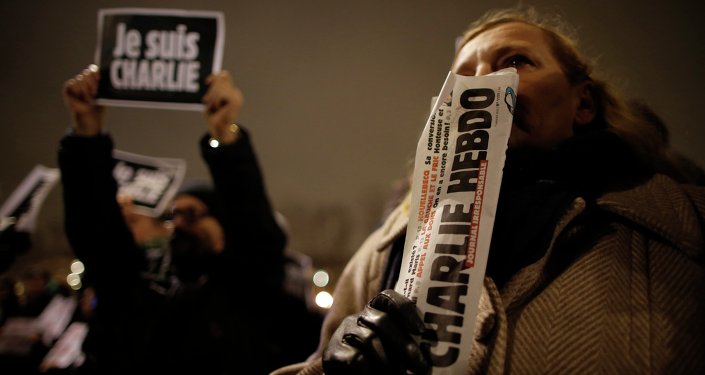 © REUTERS / Christian Hartmann
Paris: Thousands Gather to Support Free Speech After Charlie Hebdo Attack
Despite the threats, the court cases and the firebombing, Charlie Hebdo continued to poke fun at Islam, including Muslims' anger over the paper's cartoons. A September 2012 cover featured a cartoon of Mohammed being pushed in a wheelchair by an Orthodox Jew, with the title reading "Untouchables 2: Do not Laugh!" Charbonnier and his staff had made a principled decision not to shy away from criticizing the religion, just as they had decided not to refrain from viciously lampooning anything else. "If we start to question whether we have the right to draw Muhammad or not, if that is a dangerous thing to do or not, the next question is going to be: can we depict Muslims in the newspaper? And then: can we represent human beings in the newspaper?," Charbonnier said in 2012, according to the International Business Times.

With regard to the firebombing attacks on the newspaper's office in 2011, Charbonnier noted that they were carried out by "idiots" who "don't know what Islam is" and "who betray their own religion." When asked whether he was afraid about the threats against himself and his paper, Charbonnier noted that "if we worried about the consequences of each of our drawings in each of our 1,057 issues, then we would have had to close shop a long time ago," British news magazine The Week explained. 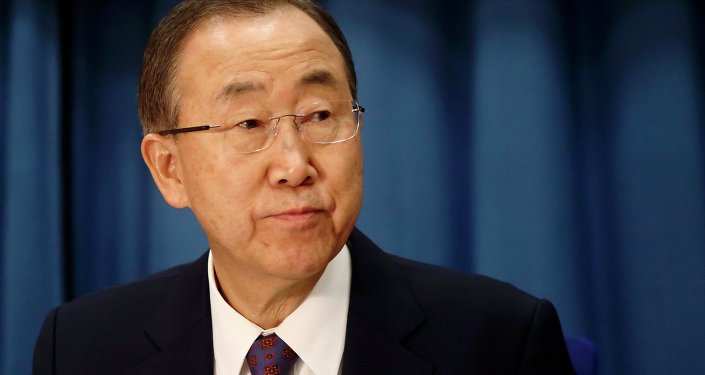 © REUTERS / Heinz-Peter Bader
Ban Ki-moon: Charlie Hebdo Terrorist Attack Assaults Freedom of Expression
Speaking with French television channel BFMTV in 2012 in the aftermath of the firebombing attack, Charlie Hebdo cartoonist Laurent Leger noted that "the aim is to laugh. We want to laugh at the extremists – all extremists, whether they are Muslim, Jewish, or Catholic. Everyone can be religious, but extremist thoughts and acts we cannot accept." He added that in France, "we always have the right to write and draw. And if some people are not happy with this, they can sue us and we can defend ourselves. That's democracy. You don't throw bombs, you discuss, you debate. But you don't act violently. We have to stand and resist pressure from extremism."

© REUTERS / Handout via Reuters TV
Paris Terrorist Attack Result of Gov't Irresponsibility: European Lawmaker
This week's issue of Charlie Hebdo featured a story on a new novel by French author and filmmaker Michel Houellebecq about the Islamization of France. Entitled "Submission", the novel depicts a dystopian vision of the country in the year 2022, when an Islamic political party known as the "Muslim Fraternity" wins presidential elections and proceeds to ban women from the workplace, allow polygamy, impose Islamic education on the country's schoolchildren, and enforce a conservative and religious vision of society, Bloomberg reported.

The newspaper's very last tweet, from 2:28 am this morning, featured a sarcastic cartoon about Islamic State militant group leader Abu Bakhr al-Baghdadi, featuring the leader and the captions "Best wishes to you too, Al-Baghdadi," with Baghdadi noting "and above all, good health."

Charlie Hebdo began its publication in 1970 after the scandalous closure of predecessor Hara-Kiri, which was closed after the paper had satirized the death of French President Charles De Gaulle. The paper's name is related to the fact that it originally reprinted the American cartoon Charlie Brown. Facing financial difficulties in the early 1980s, the satirical newspaper was closed for 10 years due to lack of financing before reopening in 1991. 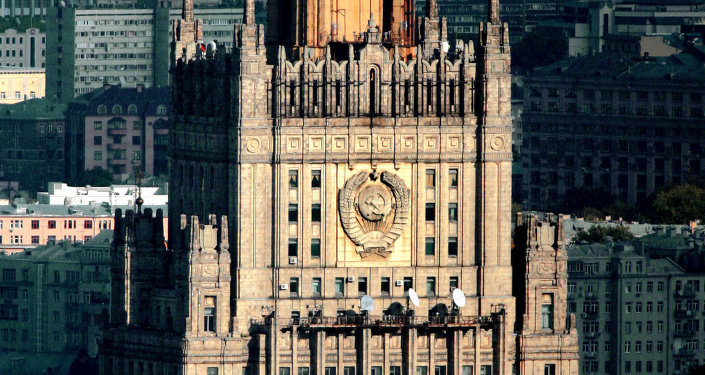 © Sputnik / Anton Denisov
Russia Outraged by Terrorist Attack on Charlie Hebdo Office in Paris
In September 2014, an article published in Islamic State propaganda Magazine Dabiq had called on its followers in the countries conducting the military operation against the militant group to stage spontaneous revenge attacks across the globe. "At this point of the crusade against the Islamic State, it is very important that attacks take place in every country that has entered into the alliance against the Islamic State, especially the US, UK, France, Australia and Germany," the article ominously warned.

Over the Christmas holidays, French, Britain, Italy and Australian police heightened security following fears of "lone wolf" attacks over the holidays, after France witnessed a series of attacks resulting in over 20 injuries, and Australia a dramatic hostage-taking in mid-December.

In an interview for Sputnik last week, French journalist and Middle East intelligence expert Jean-Michel Vernochet warned that Islamists would begin attacking Europe systematically this year, saying that now, in addition to seeking "to transform Europe into the land of Islam," the radicals also "want to turn it into the land of war."

Vernochet said that the increased frequency and organization of the attacks means that "Europe cannot consider itself safe, especially considering the fact that France, together with the United Kingdom and Australia…is a member of the US-led coalition of 61 states assembled to fight [IS]."