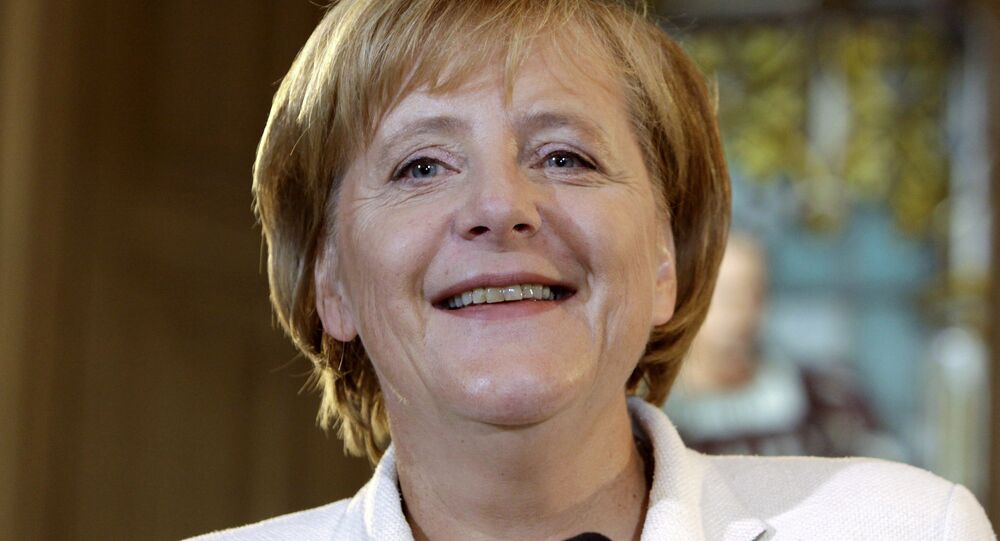 Public support for the anti-Russian sanctions is slowly eroding in the EU due to lack of prominent developments in the Ukrainian crisis.

MOSCOW, December 3 (Sputnik) — German chancellor Angela Merkel may have hard time keeping Russia sanctions in place, as she is facing widespread public discontent, both within her nation and in the EU. The restrictive measures were introduced earlier this year and now their effects on the EU economy, and German in particular, are undermining trade. The EU is facing two possible options at this point, either a gradual revocation of the economic restrictions on Russia or a further tightening of the sanctions regime with the implementation of new restrictions, according to a report by Financial Times.

The current sanctions will expire one year after they have been imposed, meaning that without further escalation, the sanctions will begin to ease starting March 2015. There are only two possible scenarios for the outcome of the EU sanctions. The first being the case if Russian leader Vladimir Putin initiates yet another wave of military escalation in Eastern Ukraine. The other is if Putin explicitly shows his willingness to reach a negotiated solution, in which case the internal pressure in the EU to abolish the sanctions will be extremely high.

But what happens in case the tensions over the Ukrainian crisis remain at their current level, with neither side undertaking any major action in Eastern Ukraine?

© East News / Karol Serewis
Minsk Agreements Key to Lifting Anti-Russia Sanctions: Polish Ambassador
A German ex-diplomat, quoted by FT, suggested that public opinion may change in favour of a more dovish approach. In his opinion, Germans are already asking why traditionally strong relations with Russia must be jeopardized. “They say, ‘For God’s sake let’s forget about Crimea.’ ” It will be “increasingly difficult domestically speaking for Angela Merkel,” he concludes.

The Merkel-led cabinet has four main political objectives, which are: detente in Ukraine, the Kremlin’s non-involvement in other nations’ domestic affairs, strengthening the EU and retaining a domestic power base. All of these goals will be hard to pursue at once due to several reasons. Eastern Europe’s high reliance on the now-cut economic ties with Russia are negatively affecting the living standards of many people. Businesses involved in Russia, like the Eastern Committee, are actively lobbying in favour of the sanctions’ revocation. Adding to this, the Russian government-owned media company, RT, is launching a  German-language website in 2015, to explain to the German public the Kremlin’s stance on international issues, while Russian businesses are lobbying their interests in Germany and Europe as well.

At this point the Merkel-led government is in better position than at the beginning of the Ukrainian crisis, as it has capitalized on the developments in Ukraine, winning over public opinion and consolidating the EU on its pro-Ukrainian stance. However, in a smoldering standoff with Russia time is on the latter’s side, as in the absence of acts of explicit hostility, public opinion in Europe will slowly shift towards peace, with Crimea slowly being forgotten.