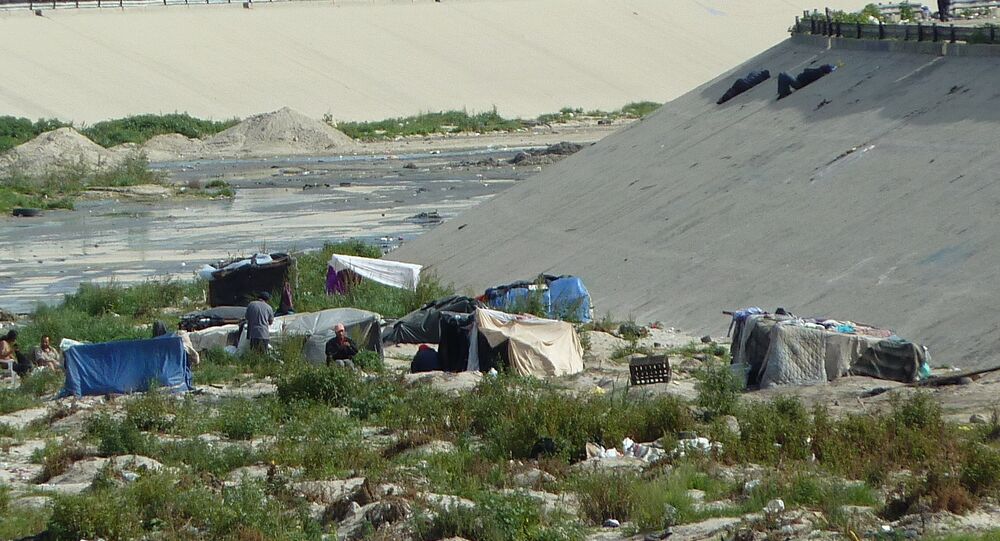 Academic field researcher claims that migration authorities in Central America, Mexico and the United States are too focused on border security at the expense of human security.

GUATEMALA CITY, November 11 (Sputnik) – Latin American migrants are being deported from the United States to face drug-gang violence and other dangers in their home countries, experts told Sputnik.

"Migration authorities in Central America, Mexico and the United States are too focused on border security at the expense of human security," academic field researcher Elizabeth Kennedy said.

Kennedy, an El Salvador-based researcher, has written reports for the American Immigration Council and other watchdogs. She believes it is one thing to turn around those who migrate in search of work – and quite another to deny refuge to people in grave peril.

"For those who flee for their lives, who have been threatened, beaten, extorted or harmed, they should be eligible for international protection and should certainly not be returned to their country of origin without proper screening of the violence they have endured and the risks they would face if returned," she stressed.

Former UN employee of the UN children's agency UNICEF and immigration expert, Miguel Ugalde, agreed that US migration policy so far has been putting lives of thousands of Latino people in danger.

"The current policy is sending thousands of immigrants to the so-called 'coyote' people smugglers every year," Ugalde told Sputnik, adding the current policies were plain ridiculous.

Ugalde says the only way to tackle coyotes is to increase the numbers of visas.

"The best solution to illegal immigration is to increase the number of visas that US embassies give out. Supply of US visas far outstrips the demands of workers in Central American and of the farms and other businesses in the US that like to take advantage of cheap labor," he said.

Rights groups say many immigrants – including children – are fleeing from drug-gangs and other dangers and are deported without getting the chance to seek asylum. Other critics say that mass deportations cause emotional upheaval and family break-ups.

US President Barack Obama has promised to reform what he calls a "broken" immigration system and is expected to offer temporary deportation relief to some of the estimated 11.3 million immigrants who live in America without papers.

But Republicans warn against changing immigration rules, saying reforms should not reward people who have entered the US illegally. Others say a soft touch will encourage more desperate Latin Americans to risk the journey north, with its dangers of rapes and kidnappings by criminal gangs.

The United States is now "extending" its southern border southward into Mexico and Central America in order to halt the perpetual flow of Latin American immigrants, Ugalde said. But he stressed this "exodus" cannot be halted by walls alone.

The United States spends $18 billion each year on drones, guard posts and other forms of border security as well as funding Mexico and Central America to halt a seemingly endless flow of migrants headed to the US looking for jobs and to join relatives.