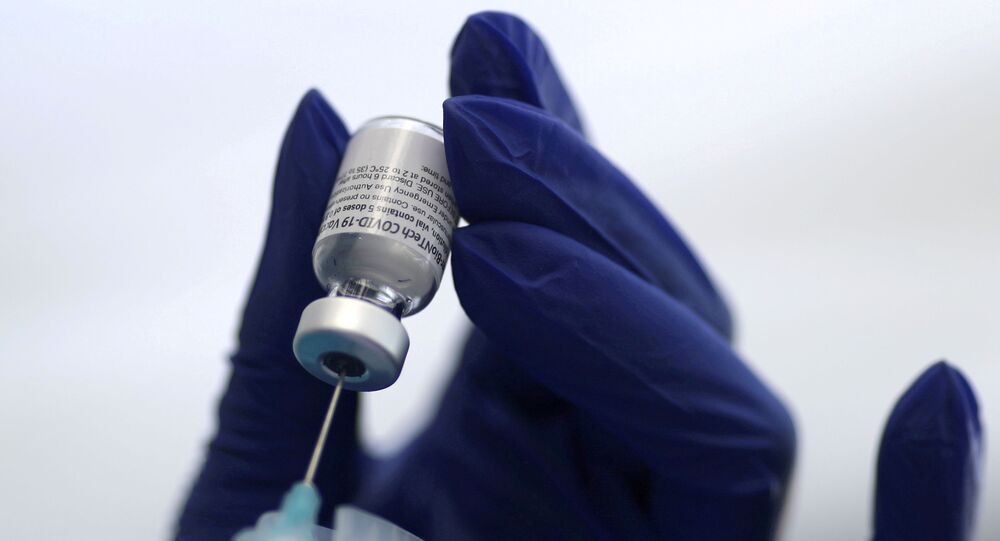 Pfizer said in a Wednesday news release it would begin producing its COVID-19 vaccine at a Biovac facility in Cape Town, South Africa, in 2022.

“To facilitate Biovac’s involvement in the process, technical transfer, on-site development and equipment installation activities will begin immediately,” the statement said. “At full operational capacity, the annual production will exceed 100 million finished doses annually. All doses will exclusively be distributed within the 55 member states that make up the African Union.”

However, the chemicals used in the vaccine itself won’t be produced in-country, they’ll be shipped from elsewhere and assembled into the final vaccine for distribution in Cape Town - a process called “fill and finish.”

“We are thrilled to collaborate with Pfizer and BioNTech to produce and distribute the Pfizer-BioNTech COVID-19 Vaccine within Africa. This is testament of the long-standing relationship we have had with Pfizer through the Prevenar 13 vaccine,” which protects against pneumococcal pneumonia, Biovac CEO Dr. Morena Makhoana said in the release.

“This is a critical step forward in strengthening sustainable access to a vaccine in the fight against this tragic, worldwide pandemic. We believe this collaboration will create opportunity to more broadly distribute vaccine doses to people in harder-to-reach communities, especially those on the African continent,” he added.

‘Not Enough’ for Vaccine Independence

Lara Dovifat of Médecins Sans Frontières told the Associated Press the deal was “a first step” but noted it was “clearly not enough to achieve vaccine independence on the African continent,” since Pfizer and BioNTech have still not agreed to share enough of their technology to let South Africa make the vaccine independently.

South Africa and India have been at the head of a movement of more than 80 nations to convince the World Trade Organization to waive its Trade-Related Aspects of Intellectual Property Rights (TRIPS) agreement, which prevents generic versions of drugs from being made in the Third World, which would make them cheap enough for many poorer nations to afford. Instead, those nations or individuals must buy those drugs from First World pharmaceutical corporations that produce them, often at prices comparable to those faced by First World customers.

Pfizer in particular has become known for squeezing its customers, forcing them to accept responsibility for lawsuits over side-effects of the drug and to offer up sovereign wealth assets like embassies and military bases as collateral against future legal cases.

In May, Pfizer Chairman and CEO Albert Bourla said in a first quarter earnings statement that the company expected to make $26 billion from COVID-19 vaccine sales this year, which would only increase next year based on the assumption of “durable demand.”

“Vaccines are just trickling into Africa,” South African President Cyril Ramaphosa said at a press conference with French President Emmanuel Macron in late May. "We cannot continue to wait at … the back of the queue. The longer we wait, the more lives we put at risk."

South Africa has only vaccinated 5% of its population of 59 million, but across Africa, less than 2% of Africans have been vaccinated against the virus. Many nations receive shots donated by other countries via the COVAX program overseen by the World Health Organization, which sounded the alarm last month that more than half of the nations it supports were in immediate risk of running out of shots.

South Africa was already largely relying on Pfizer for its vaccination program and has paid for 40 million doses. However, it has also been producing the Johnson & Johnson vaccine at an Aspen Pharmacare facility in Durban, but was forced to discard more than 300,000 J&J shots last month due to contamination fears stemming from manufacturing errors at another facility in the US city of Baltimore.

Their goal is to have two-thirds of the population vaccinated by February 2022.

On Tuesday, Will Stevens, the  US Consul-General in Cape Town, announced that Washington would invest $200 million into Aspen, Africa’s largest pharmaceutical company, to allow production of the vaccine to double to 400 million annual shots. Unlike the two-shot Pfizer vaccine, the J&J vaccine is a single-shot treatment.

Earlier this month, Johannesburg also certified China’s Sinovac vaccine, and according to the Global Times, production of the shot in South Africa is also being considered. Egypt and Morocco have already signed deals to produce the vaccine from Sinpharm, another Chinese company.

The country is presently in the midst of a third wave of COVID-19 infections, which has brought new closures and shutdowns, including a temporary ban on buying alcohol. The massive unemployment and lack of access to goods has helped fan the flames of the massive protests and riots seen in the country over the last two weeks, initially provoked by the arrest of former South African President Jacob Zuma, in which at least 276 people have been killed.

On Thursday, Health Department Director General Nicholas Crisp told parliament that 25,000 vaccine doses had been stolen in the looting, which had also temporarily paralyzed the vaccination campaign. However, he said the campaign had resumed and that 250,000 people had been vaccinated in the last 24 hours.

“We will be able to have vaccinated - at least one dose - 35 million people before Christmas," Crisp said, according to the South African Broadcasting Corporation. A new spike in COVID-19 infections has also been recorded in the wake of the upheaval.