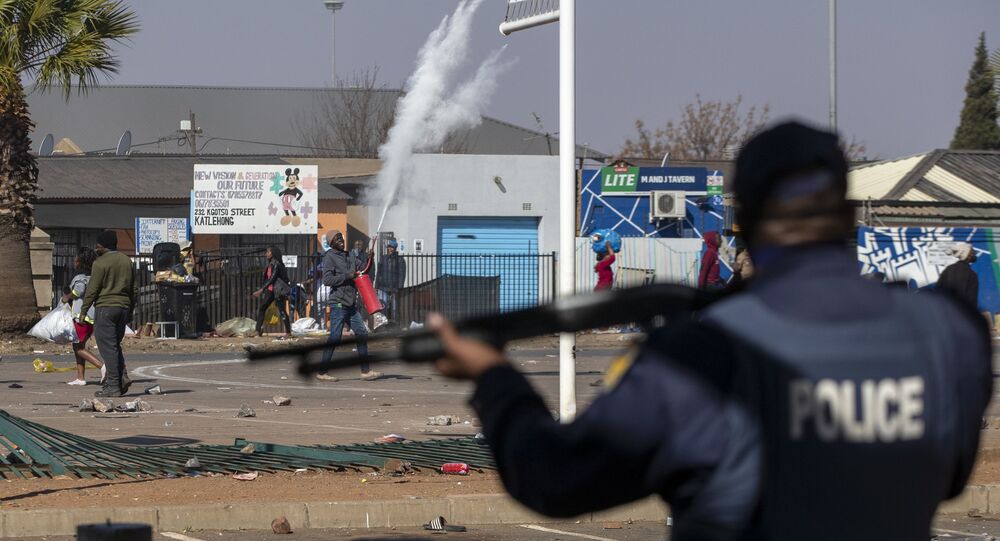 The master plan reportedly consisted of two stages, including cutting off water and fuel supplies to communities, and encouraging people to revolt.

"The plan was just to destroy everything else, there must be agitation and remove this government," Kodwa said, quoted by the Eyewitness News media outlet, adding that "to an extent, they wanted to destabilise the country and they also planned what is called in a right-wing language, a lone wolf must start racial tension and racial war in South Africa."

According to Police Minister Bheki Cele, there are between 10 to 12 instigators wanted by the police. Kodwa, however, believes there are more.

"We are looking for masterminds, we didn’t get a list of masterminds. But we are told law enforcement are beginning to knock on their doors and will ensure arrests and you will know about them soon," the security official added.

Since the start of the violence, about 200 shopping malls have been destroyed or looted, 800 retail shops ransacked, while goods worth between $400 million and $1 billion were either stolen or destroyed in the province of KwaZulu-Natal.

The looting and vandalism has affected the already-strained health network in a country struggling to cope with over 2.2 million COVID-19 cases. Locals have started forming vigilante groups to protect their neighborhoods.

To date, an estimated 72 people have died, and nearly 3,000 people have been arrested in clashes with the police and other protesters.

On July 7, ex-president Zuma turned himself in to begin serving a 15-month sentence for contempt of court after skipping a corruption trial. Following the news, the Gauteng and KwaZulu-Natal provinces witnessed a wave of violent protests accompanied by looting and vandalism.