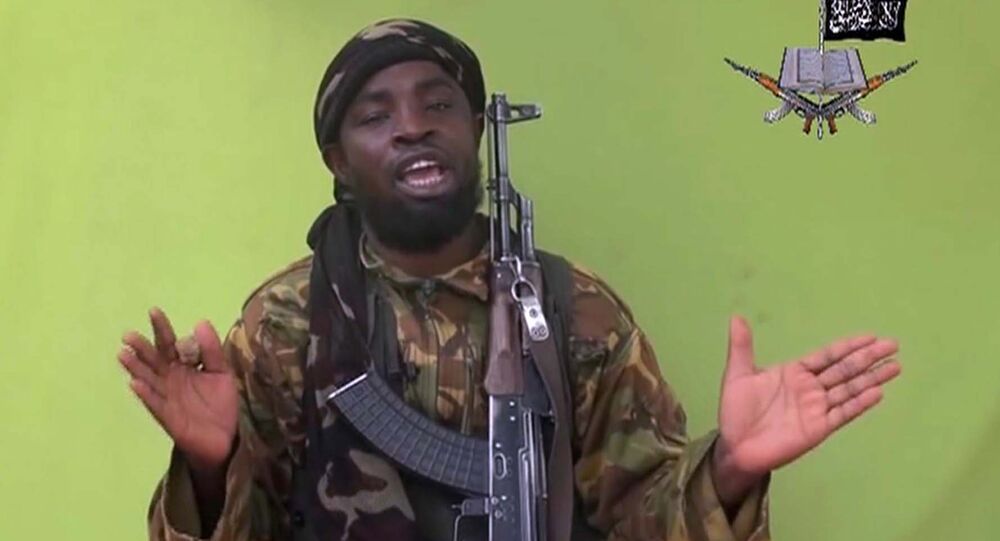 The Islamic State's west African branch launched an offensive into the Sambisa Forest, a hideout for Boko Haram, earlier this year. Analysts say that Daesh* is now a much more significant force in the Sahel region, controlling large areas of territory.

Nigerian intelligence officers have claimed that the Boko Haram leader is either dead or badly wounded following a battle with the Islamic State, according to The Guardian.

They claim Abubakar Shekau tried to kill himself rather than surrender, after finding himself surrounded and outnumbered by Islamic State’s West Africa Province (Iswap) on Wednesday.

But a local official in Boko Haram's stronghold in the Borno state was sceptical of what is claimed to be only the latest in a string of false intelligence service claims of the terrorist leader's demise.

“The groups have been sparring with more intensity and it was clear if it got to a showdown, Boko Haram have less firepower and ability,” they said. “We have to wait to see if the reports are credible.”

After many of his bodyguards were killed, the Daesh affiliate demanded Shekau pledge allegiance to their leader, Abu Musab al-Barnawi.

At that point reports become confused. The Boko Haram chief reportedly either attempted suicide with a gun, a hand grenade or an explosive suicide vest.

“To avoid capture, Shekau shot himself in the chest and the bullet pierced his shoulder,” one source said, claiming that he was “badly injured.”

Another said he was seriously injured after setting off explosives in a house where he and his remaining followers had taken shelter.

Iswap launched an offensive into the Sambisa Forest, a hideout for Boko Haram, earlier this year. Analysts say Daesh is now a much more significant force in the Sahel region, controlling large areas of territory.

“If true, Shekau’s death will be a huge turning point,” said extremism analyst Bulama Bukarti from the Tony Blair Institute for Global Change.

*Daesh (ISIS/ISIL/IS) - a terrorist organization banned in Russia and many other countries.