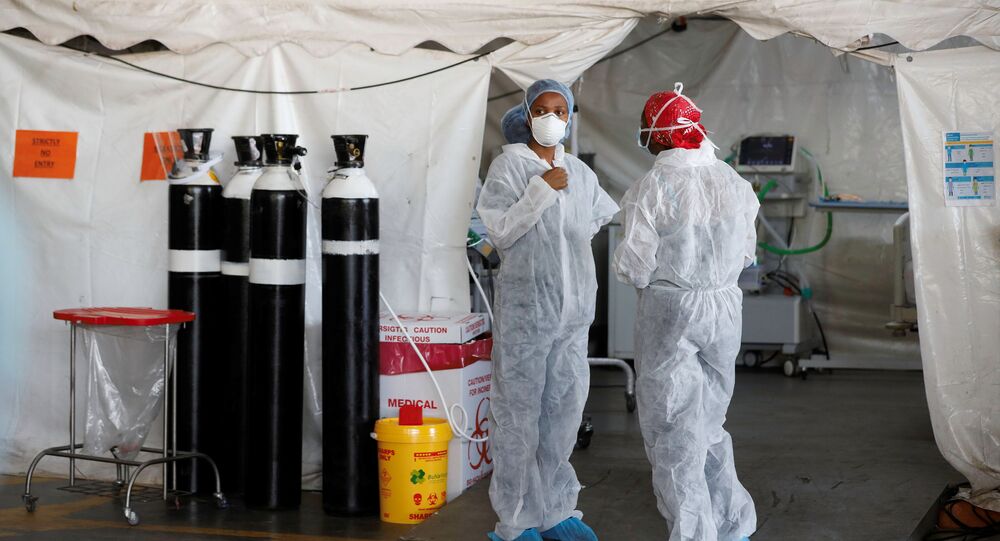 MOSCOW (Sputnik) - The United States' Johnson & Johnson has requested South Africa's regulator for the emergency use authorization of its single-shot vaccine against the coronavirus, the African country's eNCA broadcaster reported on Monday as Johannesburg temporarily suspended its rollout of the AstraZeneca vaccine.

According to the broadcaster, the use of the vaccine may be approved in the next few days.

On Sunday, Health Minister Zweli Mkhize said that the government was putting vaccination with the AstraZeneca vaccine on hold over its reported ineffectiveness against the new coronavirus strain originating in South Africa.

Apart from the Johnson & Johnson vaccine, the government is now banking on the one by Pfizer/BioNTech. The national spokesman for the opposition Congress of the People, Dennis Bloem, described the situation as undermining trust in the vaccination campaign.

In late January, Johnson & Johnson said that its vaccine candidate was 66 percent effective in preventing moderate to severe cases of COVID-19. The vaccine proved to be 85 percent effective in preventing severe disease and provided complete protection against hospitalization and death 28 days after the shot. Last week, the company applied for the vaccine's authorization in the US.