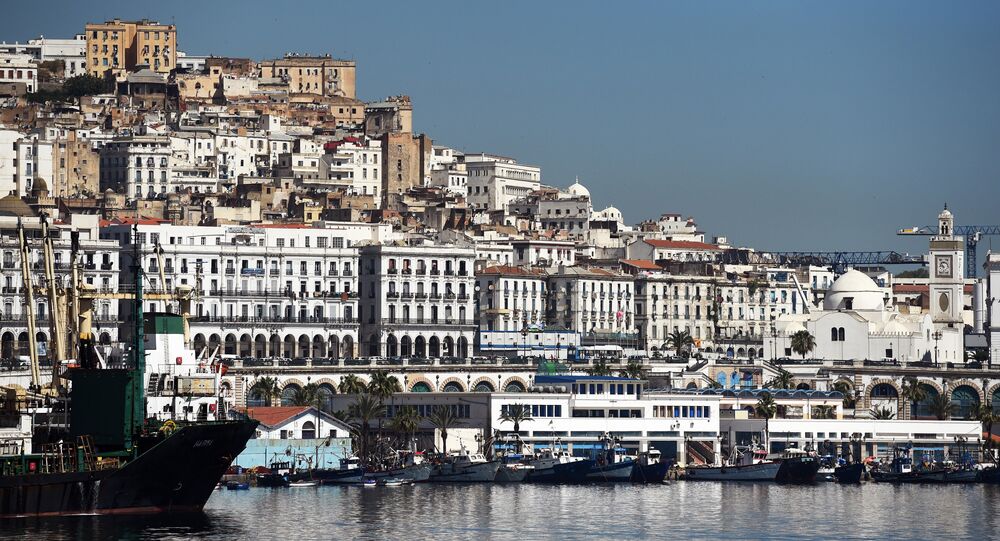 On Algerian Independence Day in July 2020, Paris returned to Algeria the skulls of 24 resistance fighters decapitated by French soldiers after their revolt against colonial rule was crushed in 1849.

The People’s Democratic Republic of Algeria will not receive a formal apology from France for 132 years of colonial rule that included racial apartheid, a brutal war to block its independence, and nuclear weapons tests.

The office of French President Emmanuel Macron said on Thursday there would be "no repentance nor apologies" for French rule over Algeria. Instead, Macron will take part in several “symbolic acts” aiming to smooth over lasting enmity from the colonial period, which ended in a brutal war of independence that forced France from the country in 1962.

Those acts will include creating a “Memories and Truth” commission to “take a lucid look at the wounds of the past” and find a path to reconciliation, according to a Wednesday statement by Macron’s office.

There will also be three symbolic days of remembrance in 2021 and 2022, marking their 60th anniversary.

On September 25, 2021, Macron will mark the National Day of the Harki, a holiday created in 2001 by then-President Jacques Chirac that commemorates the Muslim Algerians who served as auxiliaries to the French Army during its colonial rule over Algeria. After independence, Harkis were widely regarded by Algerian nationalists as traitors and many were killed in violent reprisals.

On October 17, 2021, they will mark the anniversary of the 1961 Algerian massacre in Paris by French National Police, who attacked an anti-war demonstration. Police acknowledged that at least 40 protesters were killed, but some estimates say as many as 200 died, including protesters who drowned in the River Seine after being thrown off of bridges by the police.

A third commemoration, on March 19, 2022, will mark the 60th anniversary of the Evian Accords, which ended the war and granted Algeria independence.

Macron’s actions are based on an official report on "the progress made by France on the memory of the colonization of Algeria and the Algerian war” by historian Benjamin Stora, a French historian born in Constantine, Algeria, in 1950, whose family fled to France after independence along with other pieds noirs, or French settlers who enjoyed a superior legal and social status to native Algerians. Stora will also head the Memories and Truth commission.

While Algiers has issued no formal reply to Macron’s decision, Algerians spoke out in the media about the lack of apology.

"Concerning what Macron said and the important crimes of France in Algeria, we as Algerians must have a unified position between the people and the government against Macron and France to force them to recognize the crimes committed in Algeria, the very great crimes, the crimes against humanity without precedent in the world", Algerian civil servant Mostapha ben Zayed told Africa News.

Lahwij Hicham, an Algerian student, told the outlet: "As an Algerian, I think that it is up to Algerian diplomacy to move forward and to denounce this position because France is considered one of the worst of colonialism. It has tortured and persecuted in particular by carrying out nuclear tests on the Algerian people. As Algerians, we must denounce this position, and France must recognize its crimes, murders, torture, and forced displacement of the Algerian people.”

Between 1954 and 1962, the Algerian National Liberation Front (FLN) led an armed struggle against French colonial rule that used ambush tactics and terrorism to strike out against the numerically and technologically superior French military. On the French side, reprisals were often bloody and massive, and widespread use of torture of Algerian prisoners was recorded by observers such as Frantz Fanon, a Martinican psychiatrist and pan-African revolutionary who treated victims of French captivity. The atrocities only worsened after French generals in Algeria mounted a coup d’etat in May 1958 that overthrew the Fourth French Republic and put Charles de Gaulle in the president’s office, who gave them a freer hand to fight the FLN.

According to estimates by the FLN, who formed the new Algerian government and has ruled the country ever since, 1.5 million people died in the war, the vast majority of whom were Algerians, and another 1 million pieds noirs and Harkis fled the country after independence.

During the war, France also used Algeria’s Sahara Desert to test its first nuclear weapons, detonating 21 nuclear devices in the country in a series of above ground and underground tests.

However, the war of independence was just one of many attempts by Algerians to throw off French rule. Another, led by Sheikh Bouziane in Kabylia in 1848 and 1849, ended in the massacre of the city of Zaatcha by French troops. Just a few years later, French forces crushed another revolt by Sherif Boubaghla in nearby Bordj Bou Arréridj Province in 1854. Both men were beheaded and their skulls taken to France; only in July 2020 were they returned to Algiers for burial.