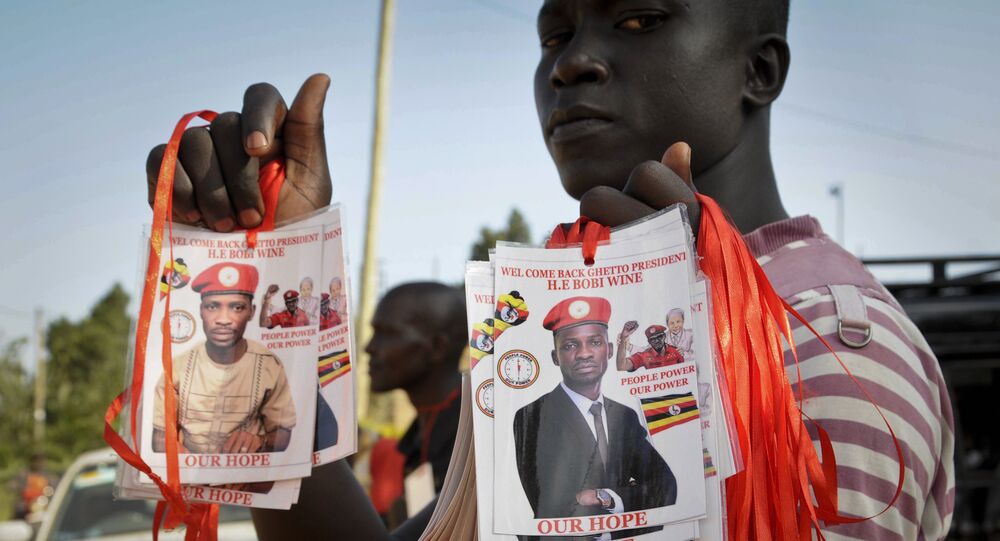 MOSCOW (Sputnik) - Ugandan opposition presidential candidate Robert Kyagulanyi, who is also known as Bobi Wine, said on Monday that the military and the police surrounded offices of his political party, the National Unity Platform (NUP), in Kampala and once again claimed that the recent presidential election in the African country was rigged.

Uganda held the election on Thursday. According to the electoral commission, the country’s long-time leader Yoweri Museveni, who is in power since 1968, won reelection for a sixth term with 58.64 percent, while the pop star-turned-politician Wine received 34.83 percent of the vote. On Sunday, the NUP vowed to challenge the election results.

"HAPPENING NOW: Heavily armed military and police have once again raided our party offices in Kampala. No one allowed to go in or come out. Museveni after committing the most vile election fraud in history, has resorted to the most despicable forms of intimidation," the opposition candidate, who previously accused the military of surrounding his home, tweeted.

On Sunday, Bobi Wine said that "It’s now four days since the military surrounded our home and placed my wife and I under house arrest." He claimed that they run out of supplies, and the military blocked and assaulted his wife when she tried to "pick food from the garden." Bobi Wine added that his party members and the media are restricted from accessing him and claimed that a NUP lawmaker was "badly beaten" by soldiers outside of his home and required hospitalization.

The election campaign in Uganda was marred by the opposition’s accusations of repression, the dispersal of protesters, as well as the detention of candidates, journalists and activists. The announcement of the election results was met with opposition protests, which resulted in clashes with security forces, several deaths and dozens of arrests.