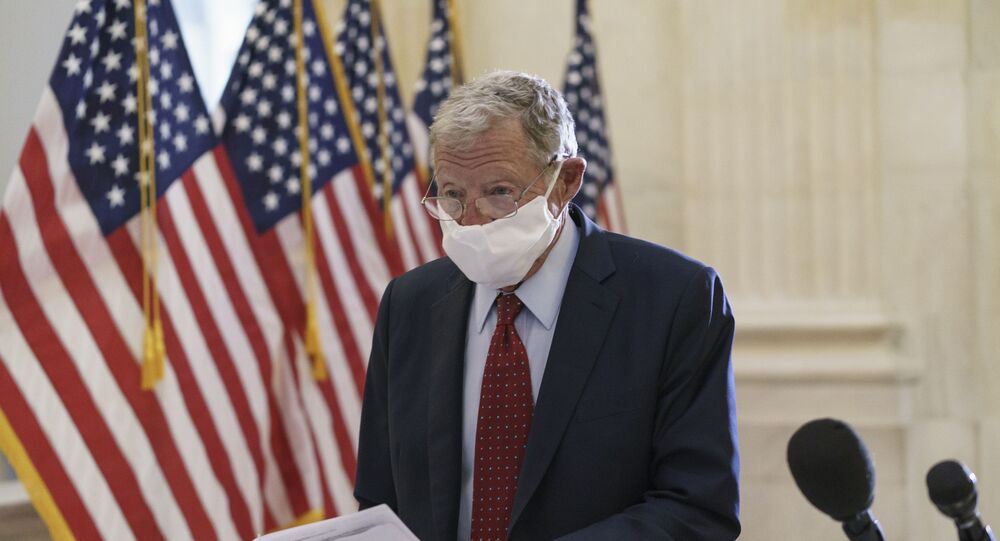 WASHINGTON(Sputnik) - US Senator Jim Inhofe said in a statement that he is shocked by President Donald Trump’s decision "to trade away" the rights of the West Saharan people and recognize Morocco’s sovereignty over the disputed region.

Earlier in the day, the Trump administration brokered a peace agreement between Israel and Morocco with which the two countries established diplomatic relations and pledged to cooperate. The United States recognized Morocco’s sovereignty of the disputed West Sahara region that has sought independence.

"Today’s White House announcement alleging Morocco’s sovereignty over Western Sahara is shocking and deeply disappointing. I am saddened that the rights of the Western Saharan people have been traded away," Inhofe said on Thursday.

Inhofe added that the recognition breaks away from the international consensus and the United States’ long-standing approach to normalizing Israel-Morocco relations. According to him, Western Sahara deserves a referendum of self-determination to determine its own future.

Inhofe urged the United Nations, European Union, African Union and the International Court of Justice to continue pressing for a referendum and expressed confidence the US will be able to return to its original policy. He claimed the change in approach was "poorly advised" because it trades the "rights of a voiceless people."

Morocco has long been involved in a conflict with the Polisario Front movement over control of Western Sahara, a former Spanish colony that was transferred under control of Morocco and Mauritania in 1973.

In 1976, the Polisario Front declared it had established the Sahrawi Arab Democratic Republic. Morocco has since pushed a plan for the region to have an autonomous status, while the Polisario Front has insisted that the status of West Sahara should be determined by a referendum.