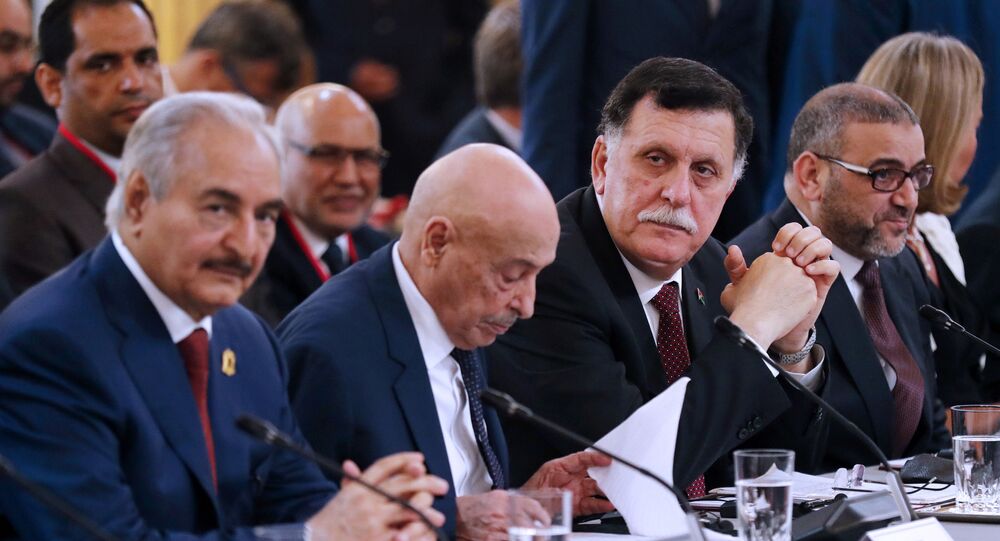 "Today is a good day for the Libyan people ... Two Libyan delegations to the 5+5 Joint Military Commission talks signed a complete countrywide permanent ceasefire agreement with immediate effect", Stephanie Williams, the head of the United Nations Support Mission in Libya, said at a press conference.

She also stressed that the UN Security Council would adopt a resolution to ensure compliance of all the signatories to the agreement.

Good news for the Libyans!

The 5+5 joint military committee talks at @UNGeneva are culminating in a historic achievement when the Libyan parties sign a permanent ceasefire agreement throughout #Libya.

The head of the UN support mission also said that all foreign fighters should withdraw from the country within three months.

"The parties agreed that all military units and armed groups on the frontlines shall return to their camps. This shall be accompanied by the departure of all mercenaries and foreign fighters from all Libyan territories, land, air and sea, within a maximum period of three months from today. The ceasefire does not apply to UN-designated terrorist groups", Williams stated.

Ayman Al-Sahili
Troops loyal to the Libyan Government of National Accord prepare themselves before heading to Sirte, in Tripoli, Libya July 6, 2020

The North African nation has been divided between warring factions since the ouster and killing of Muammar Gaddafi in 2011. After years of civil war, two major factions emerged - the internationally recognised Government of National Accord (GNA) in the country's west, headquartered in Tripoli, and the House of Representatives, elected in 2015 and backed by Khalifa Haftar's Libyan National Army, which took control over the east and has its centre in Tobruk.

However, on 19 January, the sides met for an international conference on Libya in Berlin, with Russia, the United States, the European Union, Turkey, and Egypt participating. The sides agreed to a ceasefire and non-involvement of third parties in the Libyan conflict, also creating the 5+5 Libyan Joint Military Commission, which includes 5 top military officers chosen by the GNA and 5 senior military officers chosen by Haftar.