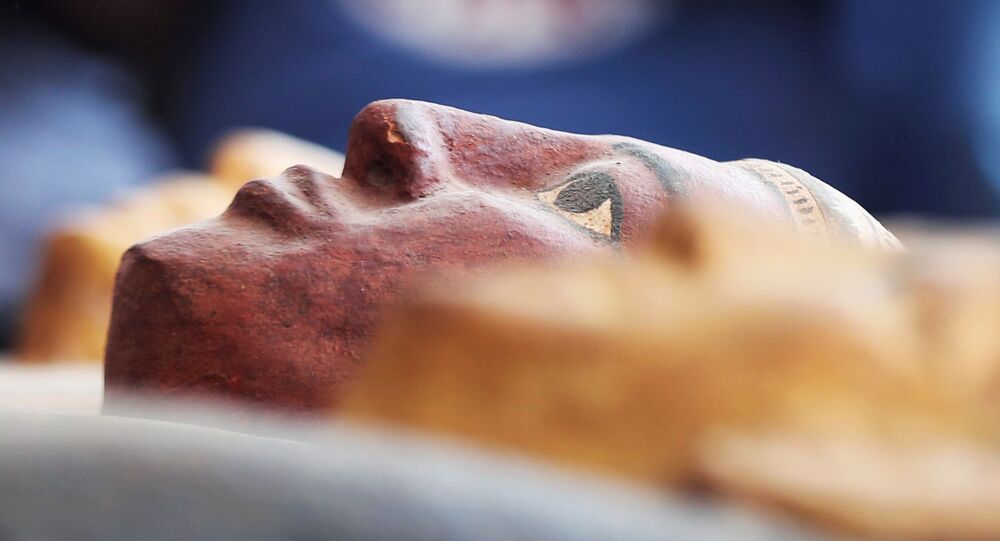 CAIRO (Sputnik) - Archeologists in Egypt have discovered 59 well-preserved sarcophagi aged to about 2,700 years old, with many more likely to be excavated from the same site, Egypt’s Tourism and Antiques Minister Khaled al-Anani said Saturday.

"Today, we did announce the discovery of 59 wooden coffins in perfect condition of preservation," the minister said at a media presentation.

According to the minister, archaeologists discovered three shafts of 10-12 meters where the wooden coffins were stacked one on top of the other at the sprawling necropolis of Saqqara south of Cairo.

The sarcophagi in question contain mummies of pharaohs, priests and high-ranking officials from the 7th Century BC, when the 26th dynasty of the New Kingdom ruled Egypt, al-Anany explained.

According to the minister, Saqqara was a sacred site for ancient Egyptians where nobility was buried for millennia, meaning there are many more discoveries to be made.