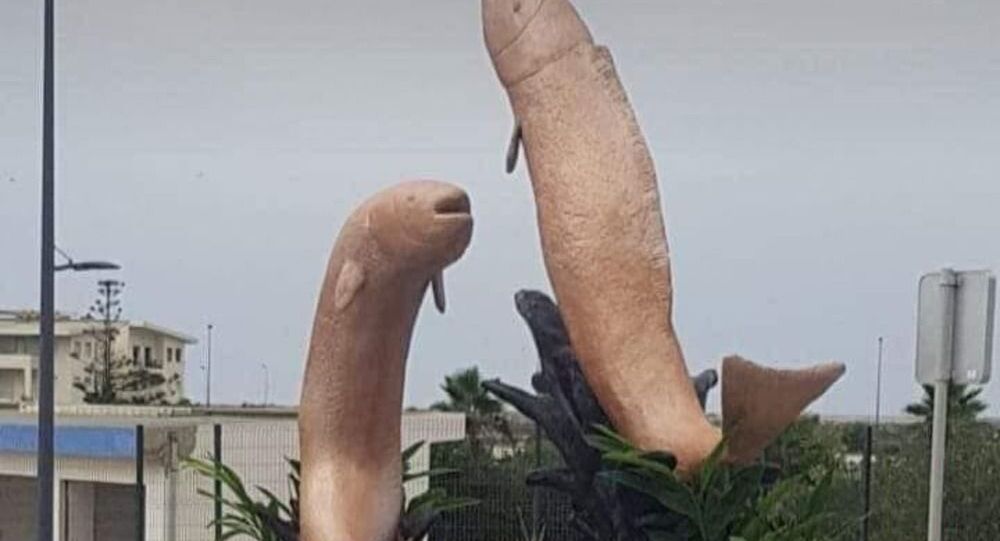 Not That Penis Fish: 'Pornographic' Statues Get Demolished in Morocco

The identity of the author of the fish sculptures in question reportedly remains unknown at this time.

Local authorities in the town of Medhya, Morocco, have moved to demolish a pair of fish sculptures whose images elicited a wave of mockery online after going viral, Morocco World News reports.

As the media outlet points out, the vaguely phallic shape of the statues in question led a number of social media users to mock them online, some calling the sculptures "pornographic" and joking about their apparent resemblance to male genitalia.

While some netizens "erroneously framed the fish statues as a blunder" made by the administration of the nearby city of Kentira, the latter were quick to refute such speculations.

The statues’ artist still remains unknown to the public.https://t.co/taElaOXGj4 pic.twitter.com/4NNf8wsfiZ

"In response to the many complaints from citizens asking for the demolition of the sculpture representing two fish and located on one of the roundabouts in the town of Mehdia, we inform the public opinion of Kenitra, that the town of Kenitra has no relation with this subject, and that the sculpture in question is not located on its territory," the City of Kenitra explained via Facebook.

As workers proceeded with the demolition, the media outlet also points out that the identity of the sculptures' author remains unknown at this time.