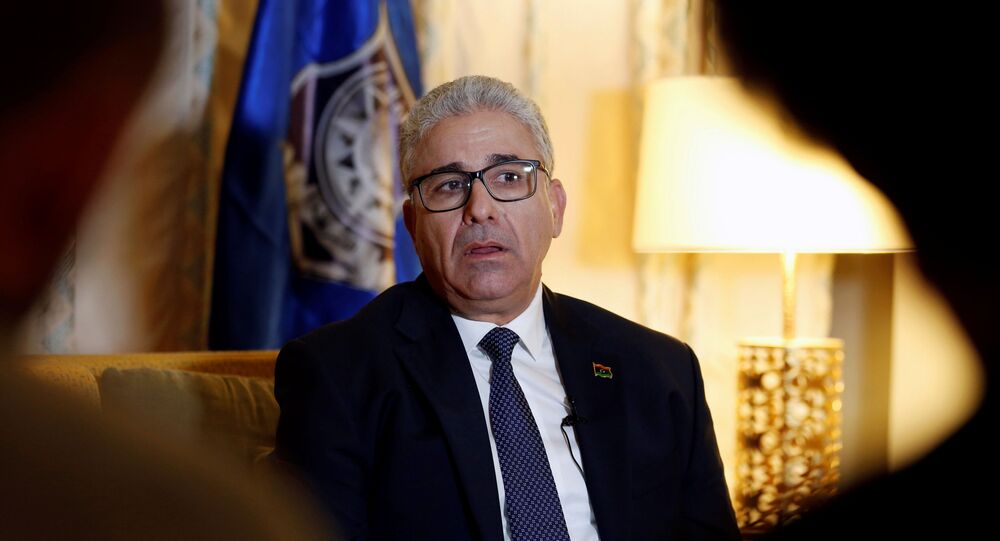 Bashagha Reinstated as Interior Minister of Libyan Government of National Accord

CAIRO (Sputnik) – Fathi Bashagha, who was fired from the post of the interior minister of the Libyan Government of National Accord last week, has been reinstated, the GNA said in a statement.

“Fathi Bashagha is reinstated as the interior ministry”, the statement said on late Thursday. The document was issued following the talks between GNA Prime Minister Fayez Sarraj and Bashagha.

Last week, Fayez Sarraj fired Bashagha amid the ongoing protests in the western part of the country over his remarks about the rallies, as well as abuses during the demonstrations.

In late August, mass rallies erupted in Tripoli and other GNA-controlled cities, with demonstrators demanding better living conditions, the resignation of the current administration, and an end to corruption. According to Libyan media, the protests resulted in clashes between security staff and a number of protesters. Following the reports about the clashes, Sarraj admitted that the security forces had resorted to excessive violence while dealing with the rallies.

The protests came several days after the GNA declared an immediate ceasefire — welcomed and supported by the eastern-based parliament — and vowed to create demilitarized zones in the strategic areas of Sirte and Jufra.